Being the First | Helen Doyle Yeager ’85

The pioneering alumna was named to the 2020 "Legends of Ivy League Basketball" roster for her time as a student athlete, basketball standout, and the first team captain under the Columbia-Barnard title.

You can practice your jump shots every day of the week, but in the game you have to execute, under stress, with defenders, and you need a strategy. It’s the same thing when you are at work. You ask yourself, ‘What in this moment will make us successful?’ You need adaptability and a commitment to success.

[Lede image: Yeager on the court during her time as captain of the Columbia Lions.]

When Helen Doyle Yeager ’85 arrived at Barnard in 1981, she asked the College's basketball coach Nancy Kalafus if she could try out for the team. “Just come to practice,” Coach Kalafus told her. Yeager joined the team and ended up scoring 300 points that year. 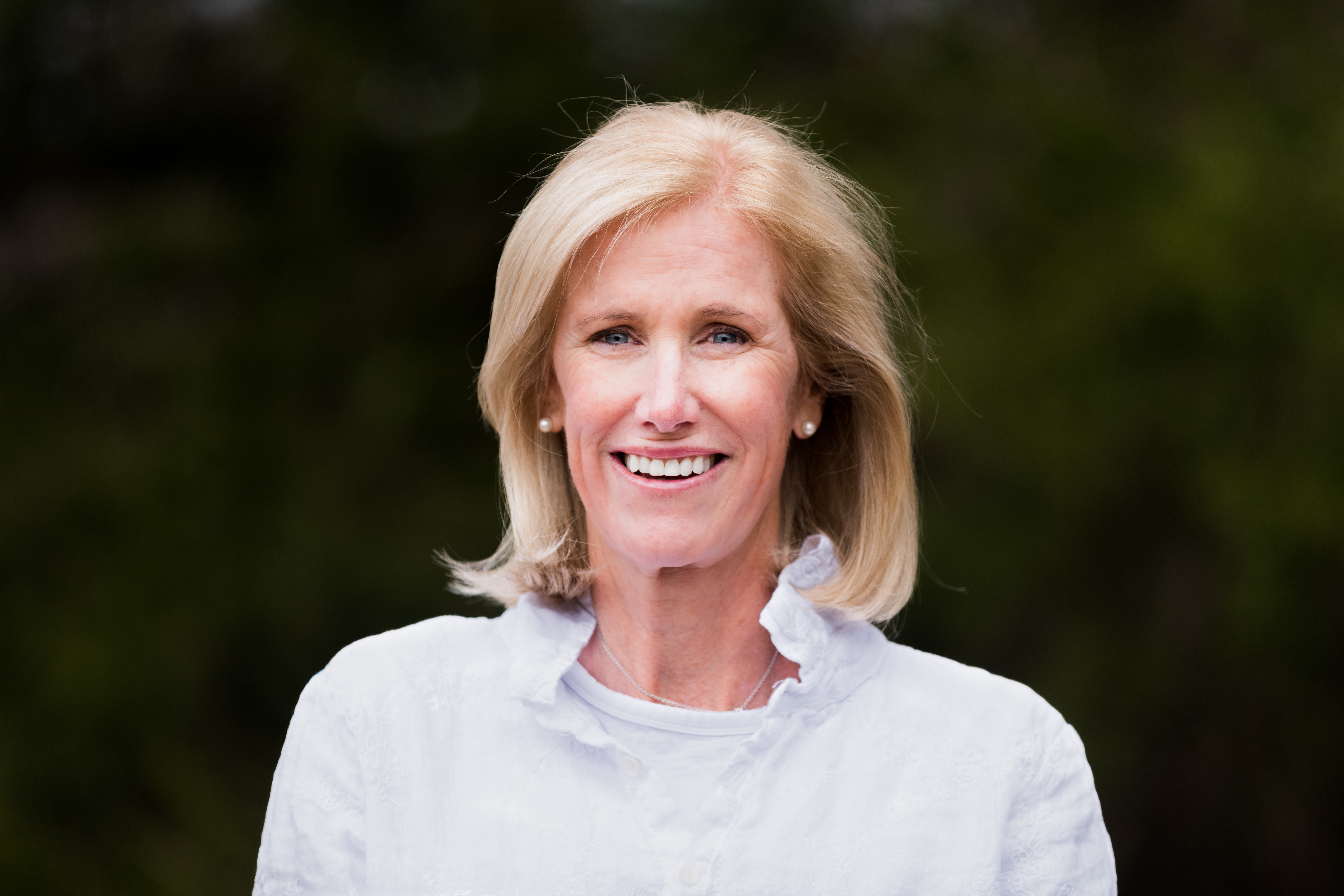 A dedicated athlete who played forward, Yeager played every game in her four years with the squad, and was selected as the most valuable player during her junior year. The team went to the New York State Championship her senior year. In 1983, midway through her college career, the Columbia-Barnard Athletic Consortium was created; Yeager was selected as captain and served as the female student representative on the consortium’s inaugural committee.

Her athletic success continues to hold weight, as several of her records remain on the books: Yeager ranks ninth in field goals (392), ninth in attempts (972), and 12th in career rebounds (536). In 2018, she was awarded a Columbia Alumni Medal at the University’s Commencement (see the video below), and in February 2020, Yeager was recognized by the Ivy League in its annual list of “Legends of Ivy League Basketball.”

Yeager’s time at Barnard — especially on the basketball court — was transformative for her. “Playing basketball gave me a strong work ethic and taught me persistence and commitment,” she said. “On a team, you have to learn not just to get along with people but to understand everyone’s perspective. You think about what in the moment will make not only you but the whole team successful.”

She applied those skills to a successful 30-year career in investment banking at institutions that include Deutsche Bank and Merrill Lynch, retiring last year from the Japanese company MUFG, the world’s fifth-largest bank. After earning an MBA at the University of Pennsylvania’s Wharton School,  Yeager started her career on the bond trading floor at First Boston (now known as Credit Suisse First Boston), where “senior women were few and far between.”

Fortunately, the drive that was ingrained in Yeager from playing basketball and other sports served her well at work. “Being a competitive girl in the 1970s was only just becoming okay,” she said. “Girls had certain expectations of what they should be like, but I was always encouraged to be competitive by my parents and my coaches, and those are things that carried through to my career.”

Specific lessons from the basketball court also translated to her work life. “You can practice your jump shots every day of the week, but in the game you have to execute, under stress, with defenders, and you need a strategy,” she said. “It’s the same thing when you are at work. You ask yourself, ‘What in this moment will make us successful?’ You need adaptability and a commitment to success.”

These days, Yeager likes to volunteer with programs that are devoted to young people who love sports. She is on the board of Citius Baseball, a not-for-profit program in Mt. Vernon, New York, that helps underserved children with high-level baseball training.

For a decade, Yeager served as the chair of the Alumnae Advisory Board for Women’s Basketball, affording her the opportunity to get to know current Barnard and Columbia students. “I love seeing their athleticism and composure on the court,” she said. “It’s amazing to watch them play their hearts out.” Being recognized as a legend for having played her heart out when she was on the courts is a full circle effect. "I feel humbled and incredibly honored," Yeager said.

Athletics
Being the First