Break This Down: The Social Myth of Testosterone

Women’s, gender, and sexuality studies professor Rebecca Jordan-Young breaks down the misconception of testosterone as the “male sex hormone” in her new book, Testosterone: An Unauthorized Biography.

Testosterone has a reputation as “the male sex hormone”; professor of women’s, gender, and sexuality studies at Barnard Rebecca Jordan-Young wants to change that. In her new book, Testosterone: An Unauthorized Biography, co-authored with cultural anthropologist Katrina Karkazis and supported, in part, by a 2016 Guggenheim fellowship, Jordan-Young challenges this reductive conception, questioning previously accepted research. Testosterone explores the hormone’s diverse functions of “T” (as some people call it) and its effects in areas such as  reproduction, aggression, risk-taking, power, sports, and parenting.

Jordan-Young’s self-described obsession with testosterone permeates her scholarly work. Her first book, Brain Storm: The Flaws in the Science of Sex Differences (2011), poked holes in the theory that early exposure to steroid hormones such as testosterone permanently shape the human brain for masculine or feminine patterns of gender and sexuality. That book exposed how the research on which such claims are based often fails to meet scientific standards. In 2012, she teamed up with Karkazis and two other scholars to question the ethics and science employed by the governing boards of athletic organizations that require women with naturally higher levels of testosterone to either compete in sports as men or undergo medical treatment to lower their hormone levels.

In this installment of Break This Down, Jordan-Young shares how the scientific community came to accept a flawed and incomplete understanding of testosterone, the harmful effects of these ill-founded interpretations, and the true functions of testosterone in bodies of all genders.

What led you to write a book about testosterone?

Around the end of 2011, a graduate school friend, Katrina Karkazis, contacted me about new regulations that banned women with naturally high testosterone levels from competing against other women in elite sports. That became a major new project for both of us, involving several collaborative grants and publications as well as advocacy for women athletes affected by the rule.

Our research exposed us to fascinating, complex research about testosterone. It soon became obvious to us both that many people — laypeople, science journalists, and even some scientists — have a hard time believing or even really hearing some of the evidence on what T does and doesn’t do. The misunderstandings went way beyond sports. There’s just so much folklore about T, and so many strong feelings about it that are connected to people’s ideas and experiences of gender and sexuality, that it makes it almost impossible to dispassionately consider the evidence.

What are some of the common misconceptions about testosterone?

Probably the biggest myth is that T is “the male sex hormone.” This gets T wrong in so many ways, but it’s a myth that goes all the way back to the earliest days of endocrinology. Those early scientists were looking for a way to explain the development and maintenance of sex differences, and they had an idea that there were chemical “essences” of masculinity and femininity. They expected that there would be separate chemicals for males and for females, that each would control only male or female traits, and that the most important (or even only) effects of these substances would be related to creating differences between females and males. Those and other early ideas turned out to be very wrong.

For example, everyone has the same hormones, just in different amounts and proportions; it will surprise most people to learn that T is the most abundant steroid hormone in adult women and that women actually have much higher levels of T than of the supposed “female” hormone, estrogen.

Another big myth is that T drives aggression and sexual violence. In the book, we go through some of the classic studies that supposedly proved this link, and we show that they are very badly flawed. We focus especially on some classic studies that supposedly link T to violent crime; these are old studies but still very influential, and they’ve never before been scrutinized. There are studies that link T to small-scale aggression or hostility in lab conditions, but only for subgroups of people, in the context of other hormonal conditions, etc. The specific conditions under which T is linked to aggression shift around from study to study, so we’re skeptical of that. 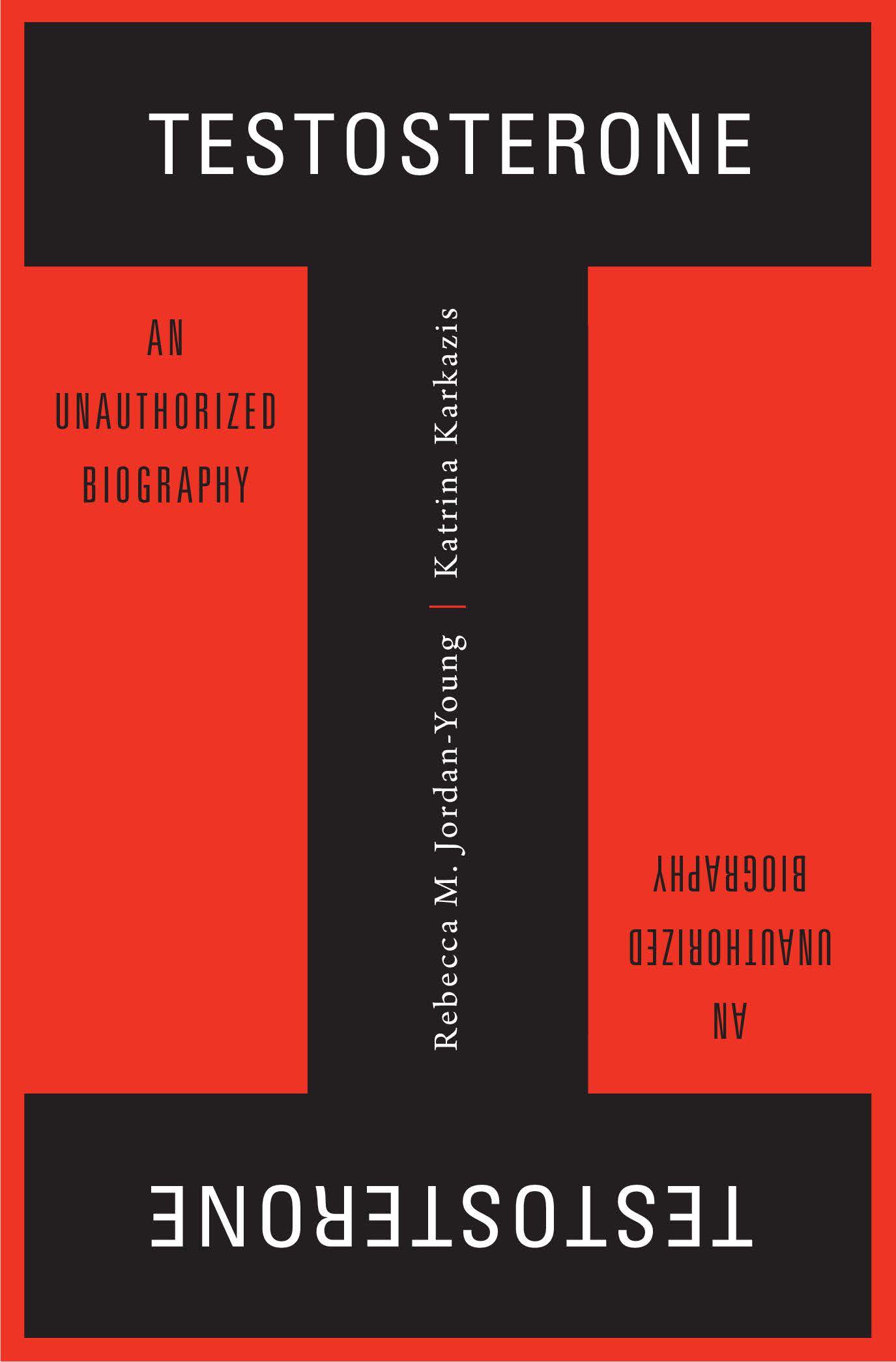 How did this misinterpretation of how T functions come to be so pervasive, even in scientific circles?

The idea that T is the “essence of masculinity” shaped what was asked about T from the start, how evidence was collected and analyzed, and, importantly, how findings are disseminated. All the negative findings get lost and forgotten; meanwhile, there is a tendency to notice, repeat, and ultimately overemphasize “positive” findings that seem to support the idea of T being linked to everything that we culturally code as masculine. But there are other reasons, too.

One is our habit of simplistically confusing quantity for importance, and our preference for simple over complex models. Because men have more T than women do, on average, there’s an assumption that T is more important to men. But consider the case of muscles. Every human needs skeletal muscles for our survival — for our basic mobility! This is not sex specific. So those factors that support muscle development aren’t sex specific. And that emphasis on quantity is directly related to the preference for simple models.

If we were more consistently attentive to the fact that hormones are part of a complex feedback system, then we would recognize that knowing levels alone doesn’t tell you very much. It turns out that most women are more sensitive to T than men are, and that very low levels of T can have effects in women, while that same amount wouldn’t make much or any difference to most men.

What are some of the social effects of these myths about testosterone?

Myths about testosterone causing aggression, “bold” personality, and other leadership qualities support gender hierarchies by saying that if men dominate in these areas, it’s because of testosterone, not the consequence of historical situations and social dynamics. So that means that the status quo can’t be challenged — that trying to do so is a fool’s errand. Many people have gotten in the habit of using testosterone as a shorthand for toxic masculinity, and even though they might not literally believe that T is behind sexual harassment, rape, or even mansplaining, repeating this idea has the subtle effect of solidifying the myth that these things are inevitable. One of the biggest surprises to us in writing the book, and one of our most important findings, is that myths about T also prop up hierarchies of class and race.

There’s an important thread of studies and claims that T plays a significant role in where people end up in life in terms of education and occupation: Supposedly, T makes some people too impulsive and aggressive to move up the social ladder. But meanwhile, somehow, relatively high T among white-collar men leads them to be “ideal leaders” instead of antisocial. The theories aren’t logically consistent, of course, but they are powerful.

In terms of race, there’s an influential group of scientific articles that lays out the idea that young black men are more likely to have higher T and are therefore more likely to be more violent than their white counterparts. These articles are riddled with assumptions, gaps, and inconsistencies, which we point out in the book.

What are the actual functions of testosterone in the body, in both men and women?

T does so much! There are receptors for T in almost every tissue of the body. It affects bones, brain, hearts, blood vessels, skin, hair, and more. It affects the reproductive system, and not just in men; emerging research suggests that an optimal level of T is necessary for the early phases of follicular development, which sets the stage for ovulation. It’s possible that someone who just reads a description of the book, instead of reading the book, might think we’re saying that T doesn’t in fact do very much. But the truth is just the opposite: T’s “authorized biography” is wrong because it profoundly narrows what T really does.