In June, Karen I. Goldberg ’83, P’22 — a Barnard Board of Trustees member and University of Pennsylvania’s (Penn) Vagelos Professor in Energy Research — was named a William H. Nichols Medalist by the New York Section of the American Chemical Society (ACS). The honor has deep roots in American scientific research history, as it was the first award authorized by the ACS.

“I feel so honored to have won the Nichols Medal,” said Goldberg. “The previous awardees are essentially a who’s who list of giants in chemistry that goes back to 1903. I am truly humbled to join this list of chemistry pioneers.”

Barnard alumna Jacqueline Barton ’74 was the first woman to win the Nichols Medal, in 1997, “for her contributions to bioorganic chemistry.”

“So imagine that from 1903 to 1996 — including back when Jackie and I were at Barnard — no woman had ever received this honor,” said Goldberg. “But it is great to report that times are changing. How amazing is that?”

According to the ACS, Goldberg’s medal recognizes “her pioneering work in organometallic reaction mechanisms.” In simpler terms, Goldberg said, her work is all about understanding how reactions happen on the molecular level.

“I strive to understand how you can break and make different kinds of bonds and how we can control that,” said Goldberg. One application of this knowledge involves the development of alternative energy feedstocks — that is, moving away from petroleum and learning to use other carbon resources for fuels and chemicals. She and her lab group at Penn investigate how CO2, methane, and even discarded plastics might be used as carbon feedstocks for fuel.

For Goldberg, the ACS awards ceremony, which is scheduled for the spring of 2023, represents a touchstone, calling back to her days as an undergraduate.

“This award is particularly special to me because Barnard has a tradition of taking their senior chemistry majors to the [ACS] symposium and dinner, and I remember going to this event as a Barnard undergraduate,” said Goldberg. “I am really looking forward to sharing this event next year with the current Barnard chemistry students. We will have an amazing lineup of speakers at the symposium that I know will inspire them.” 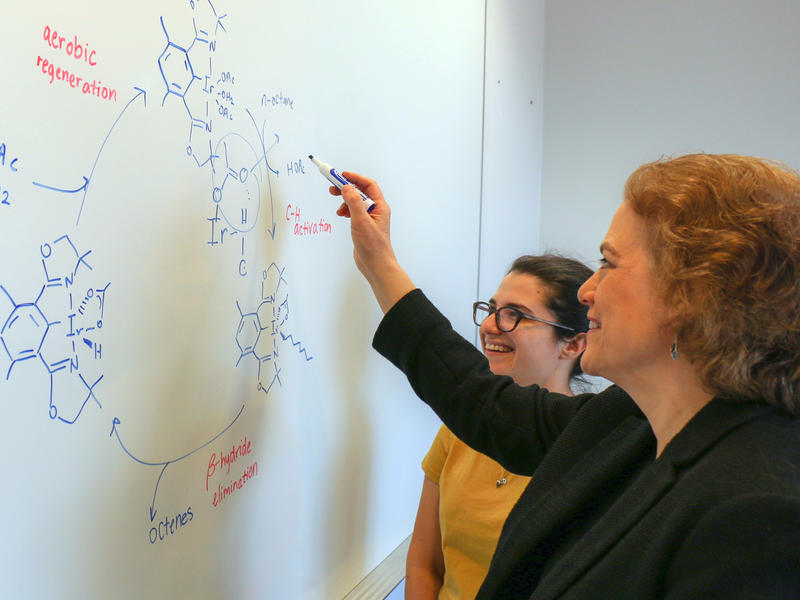