The music professor, LGBTQ+ activist, and Columbia Athletics Hall of Fame inductee shares insights into her extraordinary path and how Barnard helped her find a sense of belonging. 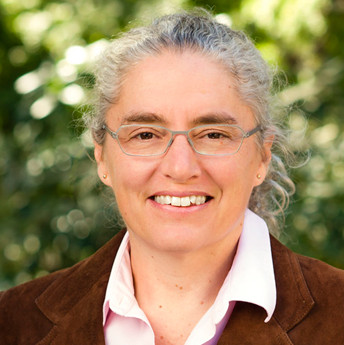 For Nora Beck ’83, human rights activist and Lewis & Clark College’s James W. Rodgers Professor of Music, truth has been the guiding principle, from the first moment she picked up a basketball in middle school to when she earned her doctorate in historical musicology. Beck’s unique journey, which included her induction into the Columbia Athletics Hall of Fame as one of two All-American athletes in the Barnard team’s history, reflects how she has sought out and found spaces where she can be her authentic self. “From a young age, I had this overwhelming wave of feeling truth,” she said.

One of the first places Beck found her true self was in the world of basketball. Beck’s passion for the game started early, shooting hoops with her family and growing up as an avid New York Knicks fan. “My dad and I shot baskets behind our house, and he taught me some old-school moves, like the hook and the push shot — which I had to unlearn when I got to Barnard,” she said. “Basketball was part of my survival strategy.” 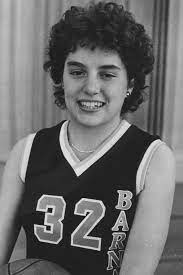 Despite her obvious love for the sport, Beck said her parents discouraged her from playing on the school team because they thought it was “too masculine” for her. After moving from Queens to upstate New York while in high school, Beck recalled, she was targeted for her queerness and for being on the “fringes of acceptability” by her peers. “The world told me I was different young,” she said.

Beck played every day despite these challenges, practicing until she made the basketball team as a senior in high school and eventually becoming an all-conference player. Every time the ball left her hands and touched the ground during practice, Beck remembered, she felt free. “I ran and jumped and practiced until the tips of my fingers got red and muddy. Every night,” she said.

At Barnard, basketball helped her to adjust to college life during a difficult first year. Joining the Barnard Bears gave her a sense of belonging, and Beck made a tight-knit group of friends who called themselves the Mamma Bears. “There is nothing more joyful than to play in a Division III game with refs and uniforms,” Beck said of her time on the team, which today competes in Division I tournaments. “I loved our away trips. We would pile into a van to [head] north with our coach driving. We sensed that it was special to be a part of the Barnard Bears basketball team.”

Beyond the excitement of the game, Beck was grateful for what the sport gave her. “Basketball was a place where I could run as fast as I wanted and where I could just be myself,” Beck said. “I loved my friends and could love my teammates, without questions.”

Her commitment to the sport paid off. She was team captain for three consecutive years, maintains the fourth-highest single-season scoring average (17.6 points per game, during the 1982-83 season), and was inducted into the Columbia Athletics Hall of Fame in 2012. Beck also served as the faculty athletics representative to the NCAA for Lewis & Clark for a decade, participating on numerous panels to support LGBTQ+ and other minority student athletes.

After graduating from Barnard with a degree in English, Beck found belonging in a new place: She applied to Columbia’s historical musicology graduate program, where she fell in love with her courses on the first day. She found her place in the space between art, history, and music studies, despite institutional challenges. “Musicology, like all academic disciplines, is sexist, homophobic, and racist. It was difficult to find my way,” Beck said. “I would write between the disciplines — about music in art. I found safety there from the patriarchy.”

Beck’s continual search for justice has shaped not only her professional career but her personal activism as well. An Italian-U.S. citizen, Beck became known in international and domestic press in 2013 for her legal battle with the Italian government to allow dual citizenship for her daughter, who is the biological child of Beck’s wife. (Italy does not recognize same-sex marriage or adoption.) Her case went to the Italian supreme court, where she won and was granted citizenship for her child, a landmark ruling for same-sex couples’ legal rights in the country. “Activism is about the pursuit of truth — the truth that we are equals,” Beck said.

Truth and teaching are what Beck believes tie her academic journey, legendary basketball career, and human rights activism together. “Teaching is my calling. I care deeply about my students and their learning,” she said. “I could teach justice through music, so I try to. And back to basketball: Care about your team. Embrace goodness beyond your own goals.”

Beck’s latest endeavor is to shed new light on underacknowledged LGBTQ+ musicians and musicians of color throughout history by using her sabbatical to write a new text about the intersection of music and social justice. “We need a new vocabulary to speak about music, one that does not elevate masters,” she said, “[but] that includes all music and spreads the wealth of sounds in time.”

But much like her career so far, Beck is not limiting herself to one arena. “Maybe I will return to coaching when I retire. I would play lots of music during practice,” she said. “My place will be forever in the lush and fragrant valleys between musicology, basketball, and art — where truths live.” 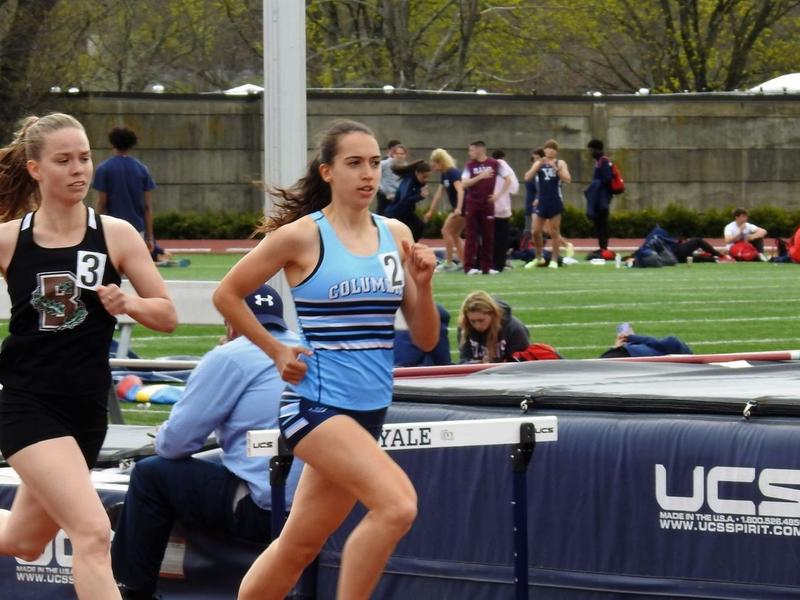