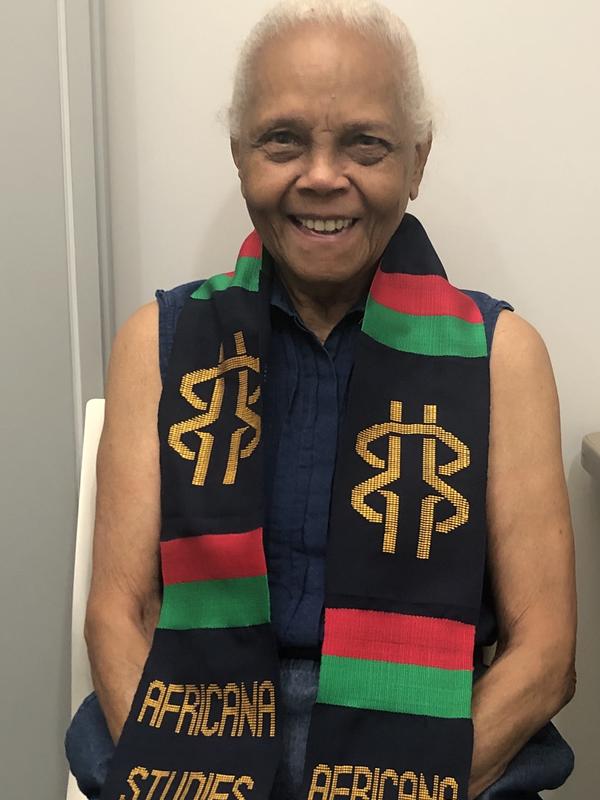 The daughter of two teachers, Professor Quandra Prettyman vowed to never become a teacher. However, Barnard College has had the pleasure and privilege of having her teach hundreds of students since 1970. Born and reared in Baltimore, Maryland, Quandra was a curious and adventurous child who saw the world as her playground. During her late teens and early adulthood, she took road trips across America with friends of various racial and ethnic backgrounds. Today, she states that she and her friends were extremely lucky that their naiveté did not get them hurt or killed when they traveled into areas where it was illegal or improper for blacks and whites to be traveling together.

At Antioch College and the University of Michigan, her curiosity led her to study history. After her studies, she held various positions in the world of literature. In 1975, she edited Out of Our Lives: A Collection of Contemporary Black Fiction, which includes the works of Amiri Baraka, Ann Petry, Ernest Gaines, Shirley Ann Williams, and Louise Merriweather.

Quandra has since expanded her exploration of black literature by probing into cookbooks and recipes of African-Americans from the past two centuries, beginning with Robert Roberts' 1827 cookbook. She surveyed the work of Roberts, Verta Mae Grosvenor, Edna Lewis, sisters Norma Jean and Carole Darden, and Cleera Butler and persuasively argued that their recipes and cookbooks are memoirs or autobiographies posing as cookbooks.

Today, Quandra continues to collect cookbooks and is working on a book that will further explore African-American life through the culinary arts. Quandra’s innovative thinking, curiosity, and transformative philosophy on teaching literature led her to create one of the first college courses in the United States on minority women’s literature, where the works of Asian, Black, Hispanic, and Native American women are explored in a historical, cultural, and literary framework.

Despite officially retiring, she continues to teach at Barnard. Her favorite course to teach is Explorations in Black Literature: 1760-1890 because she strongly believes that the current generation needs to learn and study the writings of both famous and less familiar writers in order to truly have a well-rounded view of American literature. Quandra hopes that each student who takes her course has not only learned something about the genre but will also be inspired to continue reading the poetry, fiction, and nonfiction of minority writers and pass it on to others.

A Mentor, a Trailblazer, an Institution. #BarnardCelebratesBlackHistory

Edwidge Danticat ’90 comes to campus to launch the Distinguished Alumna Speaker Series and discuss how peril and risk can ignite the artistic process.