From filmmaking to leading a professional development organization, Daniella Kahane ’05 is dedicated to empowering women 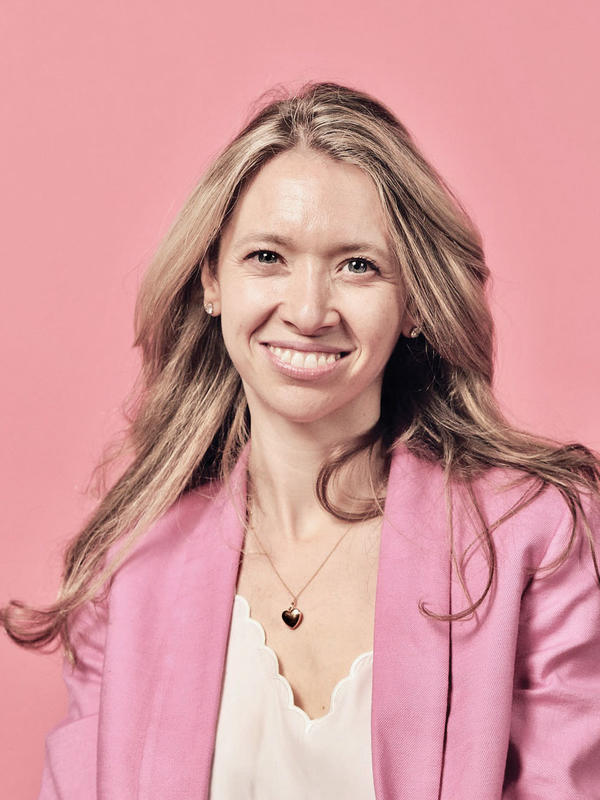 Daniella Kahane ’05 never thought much about workplace negotiation skills before she found herself at the helm of an organization that specializes in teaching them. But after stumbling upon the Women in Negotiation (WIN) Summit in 2018, Kahane, who is also a Peabody Award-winning film producer and screenwriter, was soon immersed.

“It’s like that puppy that you take in at your front door, and it’s so cute and small, and a few years later it grows into a huge greyhound,” she says. She’s not exaggerating. In the past three years, Kahane has transformed WIN Summit from an annual event into a year-round negotiation training operation with academic partners, including Barnard’s Athena Center for Leadership. WIN offers coaching for both individuals and companies, as well as workshops, webinars, and summits. Women can also become members of an online support community that includes a database of professional development resources.

These comprehensive negotiation skill-building tools, Kahane says, “provide a solution to the problem that we have in terms of the gender divide, the pay gap.” White women still make just 82 cents for every dollar men earn, a disparity that grows starker for BIPOC women. And, WIN notes, only 30% of women negotiate salary packages, versus half of male job candidates.

Negotiation skills are “one piece we have in our control,” Kahane says.

They are also, she’s come to see, deeply connected to her filmmaking: There’s a common thread between women-centered storytelling, her passion since her undergraduate days, and workplace empowerment. Both are ways of “helping women speak their truth,” Kahane says. “That’s really what ignites me about both those aspects of my professional life.”

That passion was virtually inevitable; Kahane has been steeped in Barnard spirit since before she was born. Her great-grandmother was in the Class of 1915, and, subsequently, a great-aunt, her grandmother, her aunt, and her mom all matriculated. (Kahane’s two younger sisters followed her to Barnard, and two of her three daughters spent formative years at the Barnard Center for Toddler Development.)

Kahane even maintains that she graduated from Barnard twice, the first time in utero, as her due date was imminent at her mother’s graduation. In honor of Kahane’s mom, ​​Tamar Zlotnick Kahane ’82, her Barnard classmates wore balloons under their graduation robes to the University-wide Commencement.

“The entire class walked across Broadway into Columbia looking pregnant,” Kahane says. In keeping with a longtime university tradition that students in each division throw a surprise object into the air after their school is called, Barnard students removed their balloons and released them to soar into the air. Columbia College men — it was the year before women were first admitted to its undergraduate programs — found out about the plan and had balloons to toss too, but theirs lacked helium. The men’s balloons “went up and fell down,” Kahane says. The women’s floated away across Low Library’s majestic dome.

Twenty-three years later, after filming a documentary called Growing Up Barnard as her senior thesis project — in which Rosa Alonso ’82, the class president in her mom’s graduating year, retold the balloon Commencement tale — it was Kahane’s turn to graduate. She joined her classmates in tossing a mini stuffed bear in a Barnard T-shirt into the sky. Her commitment to amplifying and supporting women’s voices hasn’t faltered since.

“I think part of what gives me the confidence in terms of the ability to do the work I do and also to just be the negotiator and communicator that I am, I credit Barnard with,” she says. “Being in that sort of environment for four years, and being able to consciously appreciate the need for Barnard to exist. … It was formative.”