As the deputy secretary of transportation, Polly Trottenberg ’86 has her eyes on equity 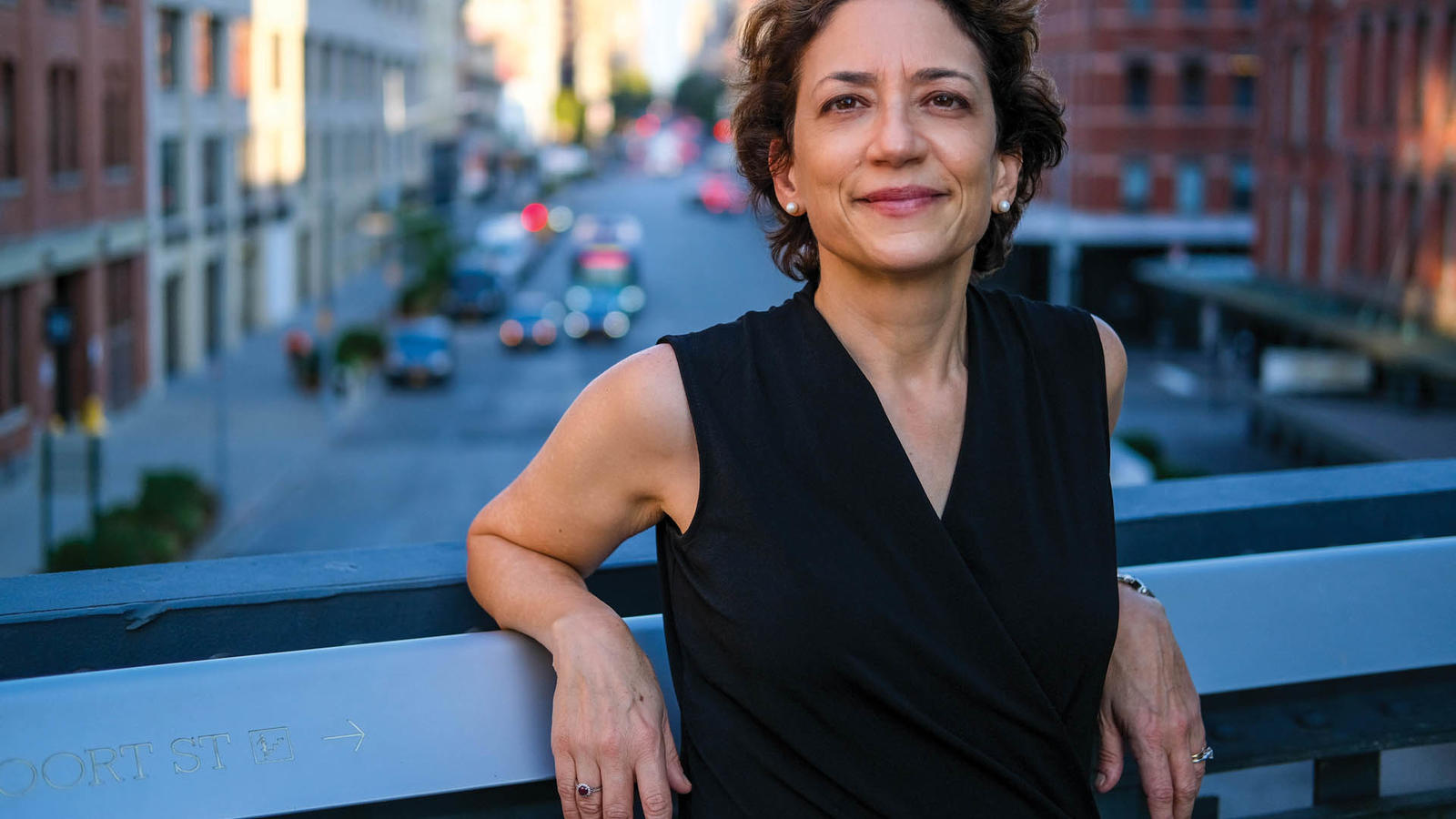 Polly Trottenberg ’86 is no newcomer to Washington, D.C. With more than 25 years of experience in the public sector under her belt, she’s well prepared for her role as deputy secretary of transportation. But that doesn’t make the new job any less exciting. “It’s always a thrill to be nominated to serve in a prominent role in a field that you love,” says Trottenberg, on the phone from her new home base in D.C. “What can I tell you? It’s the honor of a lifetime.”

Beyond her extensive résumé, Trottenberg brings to the table an earnest desire to design cities to best serve the people who live in them — a passion she developed during her time as a student at Barnard.

Trottenberg grew up less than an hour from campus, just outside the city in the Westchester County town of Pelham. “I wanted the chance to be in New York,” Trottenberg says. “New York City has always been a place that young people want to go to, and I was one of them.”

That desire to experience the city inspired Trottenberg, a history major, to explore more than just Morningside Heights. One of her favorite things to do was walk the whole length of Manhattan with her friends — seeing, she jokes, a Chock full o’Nuts coffee shop every 10 or 20 blocks. “The most amazing thing about New York City is that just walking the streets is so fascinating and incredible. And it’s free,” says Trottenberg. “I mean, it’s nice to have money to go do all the other amazing things you can do in New York City, but the city is just fascinating to walk through.”

The streets of New York ignited an interest in cities, transportation, and politics for Trottenberg that solidified right after college, when she read The Power Broker by Robert Caro, considered a seminal text for many working on transportation policy. “It’s a book that resonates to this day as we grapple with the legacy of racism in our country, and the legacy of segregation in our cities, and the choices we’ve made about where we’ve invested in communities, where we’ve cut off,” says Trottenberg, who recalls rereading the book when she became the NYCDOT commissioner.

In particular, the college-age Trottenberg was struck by a chapter on the contested construction of the Cross Bronx Expressway. Conceived by Robert Moses and built between 1948 and 1972, the expressway destroyed neighborhoods in the South Bronx and is seen as one of the root causes of poverty and decline in the Bronx during that era. “The chapter is so heartbreaking because there were so many ways, even if you were determined to build that highway, that you could have done it with less damaging impact,” says Trottenberg. “I grew up a couple miles away, but I had no idea of the incredible history there.”

What resulted from that first brush with urban policy and planning is a public servant focused on people and the dynamic ways they move through their cities, a challenge that Trottenberg faced head-on at NYCDOT. In a city where 8.5 million people live in 300 square miles of neighborhoods, ranging from deeply urban to almost suburban, crafting effective transportation policy necessitates listening to and balancing interests from all corners of the island and its boroughs. When done right, Trottenberg says, it’s an experience like no other, where your work impacts people the moment they step out the door.

“You get to see your work in real time, and you really get to have an impact on people’s lives for the better,” she says. “Having the chance to be a public servant and be part of the life of a great city is an incomparable experience.”

Some of those life-altering projects included Vision Zero, a landmark city initiative to eliminate traffic deaths and serious injuries; a robust expansion of the city’s bike lanes and bike share program; and the renovation and repair of the Brooklyn-Queens Expressway (BQE).

Mitchell Moss, a professor at NYU’s Robert F. Wagner Graduate School of Public Service and the director of the university’s Rudin Center for Transportation Policy & Management, calls the BQE one of the toughest challenges in New York transit. “It was her courage to take on a problem, which other people had kind of tried to bypass,” says Moss.

But Trottenberg is known to get the job done. “She understands more than anyone how to draft legislation, how to carry out policy, and how to work with legislators,” says Moss. “Wherever she’s gone, she’s earned the respect of everyone she’s worked with.”

As challenging as the BQE was for Trottenberg, it wasn’t her biggest at NYCDOT. That would come in her last year, when the COVID-19 pandemic shuttered the city overnight. In addition to rapidly redesigning and refocusing how the agency worked, Trottenberg and her team fielded calls from the city council and the public for the city to allow streets to be blocked off for safe, socially distanced use.

The resulting program, Open Streets, was piloted just four days after the official pandemic pause order from the governor’s office, after what Trottenberg called a “tremendous” learning experience. (The program went on hiatus 11 days later to spend a short month recalibrating before becoming a permanent fixture of New York City life.)

Still more transformational was Open Restaurants, which launched in June 2020 with an ambitious plan to allow businesses to self-certify their eligibility for curb lane and sidewalk seating. “It was one of the biggest leaps of faith I made in my whole career,” says Trottenberg of the self-certification decision. “I had more sleepless nights over it than probably anything else I’ve ever done.” In figuring out how to run the program safely, Trottenberg estimates her team put together a plan that would have taken five years to hammer out in nonpandemic times.

Open Restaurants saved many city establishments from shuttering during the pandemic, and it gave New Yorkers hope when it seemed like there wasn’t much to hope for. But for Trottenberg, the real magic came from how the program changed the way New Yorkers think about public spaces. “[Open Restaurants] brought a whole different group of people to the great debate in cities right now, which is how do we continue to turn away from what is an auto-centric approach — which is expensive, dangerous, and carbon intensive — to more environmentally friendly, human uses of our streets.”

Down in Washington, Trottenberg hopes to continue that focus on equity, aiming for transformational legislation that will help USDOT support infrastructure leaders at the local level.

Speaking in July as senators were deep in talks for the Biden administration’s landmark infrastructure bill, Trottenberg’s office was abuzz with possibility. “The most exciting thing that’s happening right now in Washington is a debate over a big new transportation bill,” said Trottenberg. “We’re on the cusp of passing major transportation legislation, which frankly only happens maybe once in a generation. It will make — if the bill as being discussed passes — tremendous investments in transit and rail, in electric vehicles, and [in] making our roadways safer.”

It’s the kind of legislation that made Trottenberg want the deputy job in the first place. Before she was nominated to the position, she was tapped to join the Biden transportation transition team. “I leapt at the chance,” says Trottenberg. “Whether I was going to wind up joining the administration or not, I wanted to be part of a group of people that would help restore the department and restore trust in government.”

Trottenberg is modest about what her national success can tell young women who are looking to be leaders in politics. “I think the debate has changed generationally,” she said. “Maybe we were not as encouraged as we could have been to become leaders. For myself, I think I stayed a staffer on Capitol Hill for too long — I left money on the table. I think the advice is probably still the same, which is [that] women can lead and transform, and that can be any one of us.”

For Trottenberg, learning how to advocate for herself was one piece of the puzzle, but there’s also important, systemic work to be done to further support and empower women. “Leadership for women now is even more transformational; [it’s about] looking to dramatically change the institutions you seek to lead. [Young women] could probably give me some advice, to tell you the truth.”

But ask Emily Gallo, who served as Trottenberg’s chief of staff at NYCDOT from 2014 to 2019, and you see the impact Trottenberg has had. “Polly showed me the best of what a leader can be — inspiring, direct, transparent, hardworking, and collaborative,” says Gallo. “She gives people autonomy in their jobs and trusts them to make good decisions. When the decisions are hard, she brings in other minds to help with the work. She leads with compassion. Most importantly, she leads with a sense of humor. Working for a leader of her caliber was truly the opportunity of a lifetime.”

Still, Trottenberg’s humility may be what makes her such a powerful advocate in Washington for the people whose lives she aims to improve. One thing’s for certain: She won’t forget the New York City streets that started it all for her. Her favorite mode of transit? “My own two feet.”

Meet nine other Barnard alumnae appointed to the Biden administration 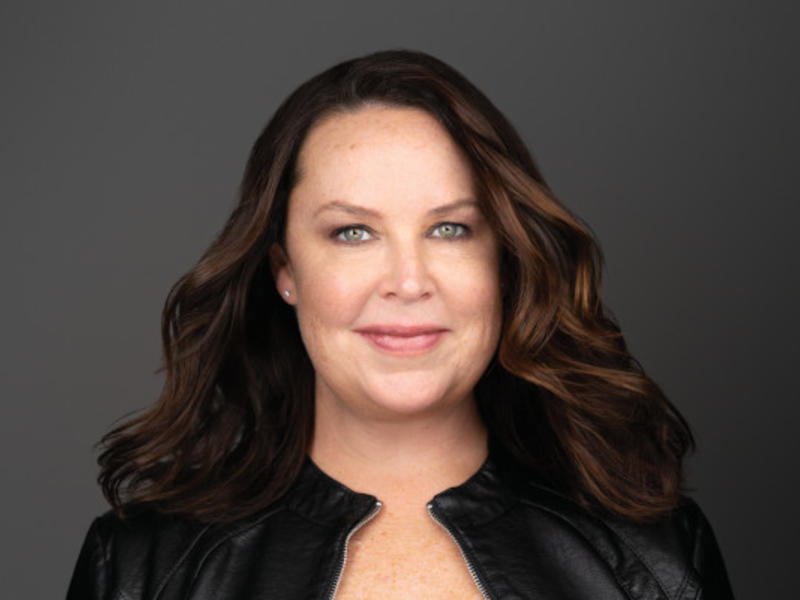 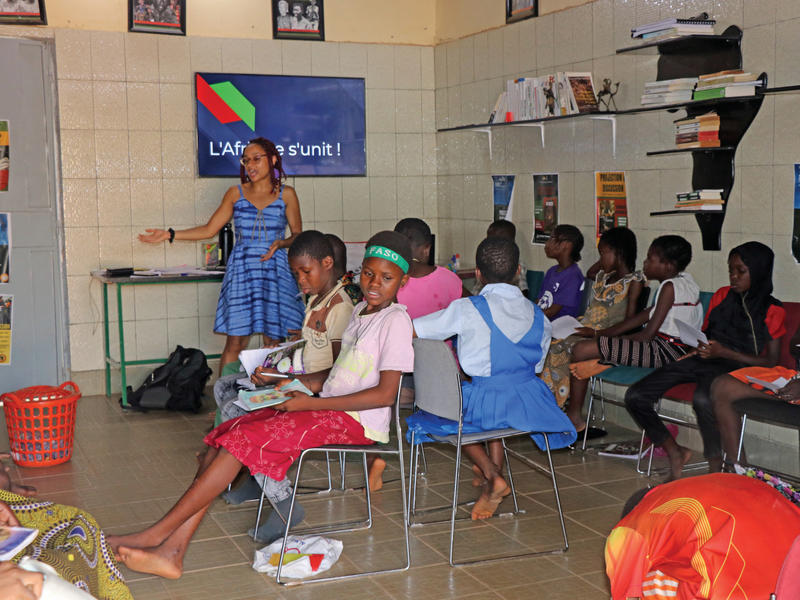 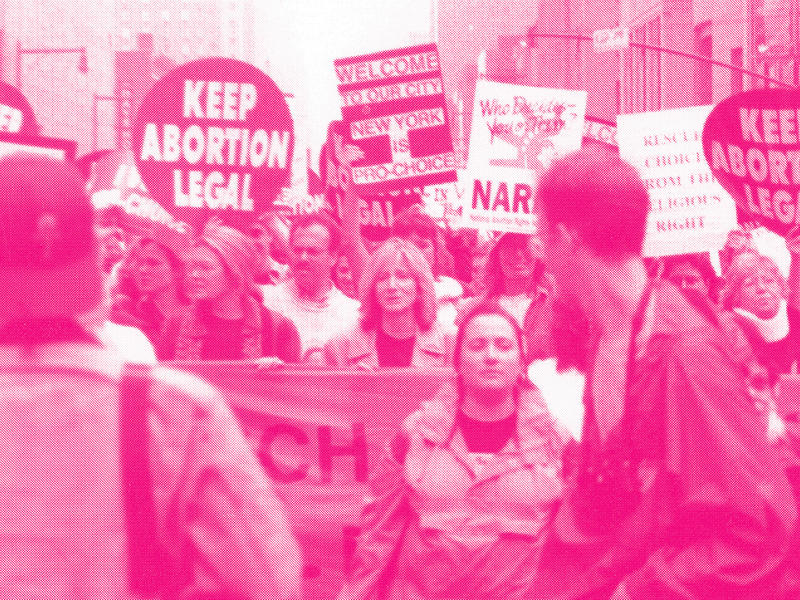