How these alums went from seemingly incompatible roommates to “Barnard besties” 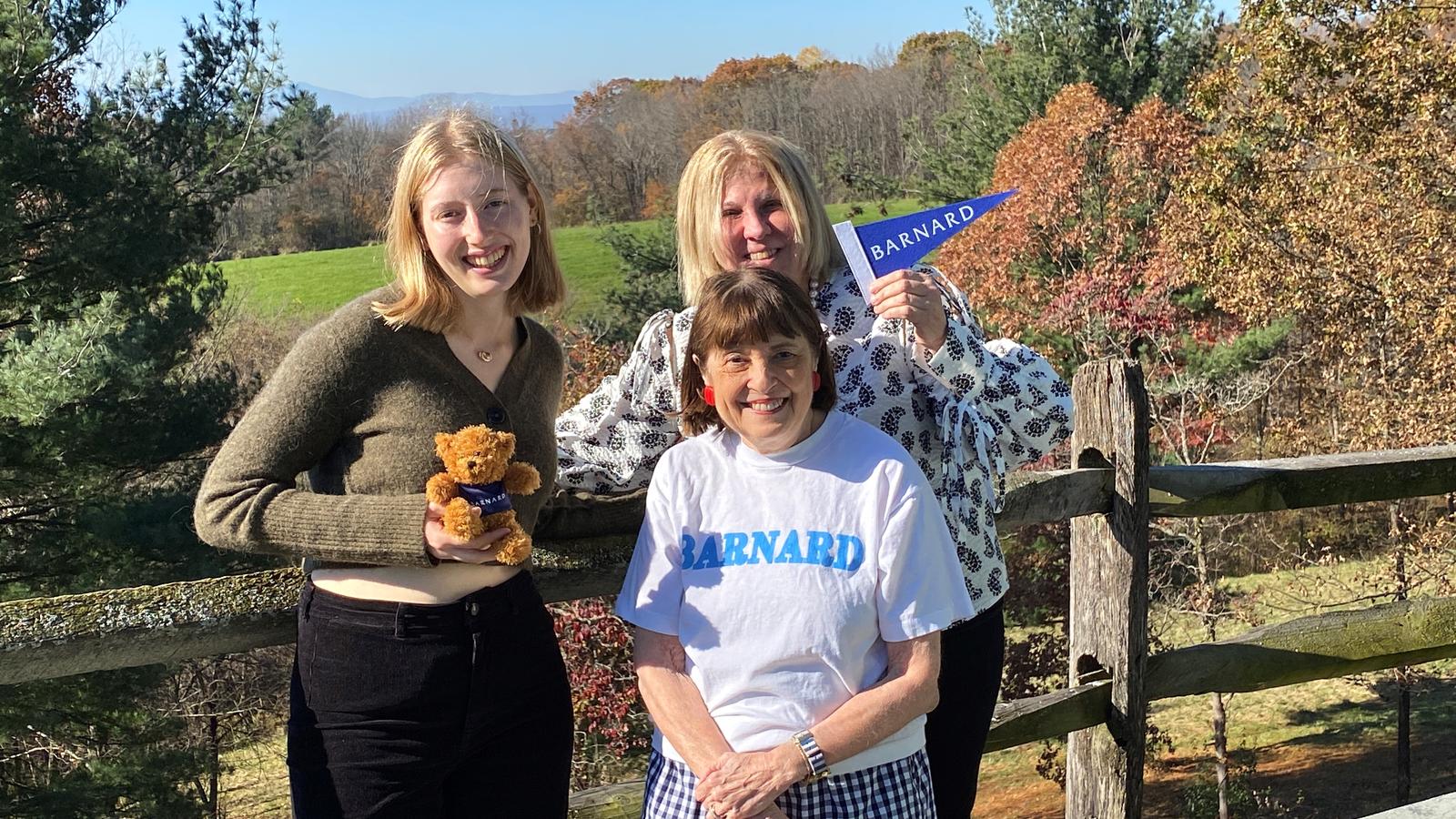 First impressions can be misleading. It can be easy to rush to judgment based on appearances or other superficial indicators, especially when meeting a new college roommate. Plenty of students have stepped into their dorm room and wondered: “What was Res Life thinking?” For many, this initial gut reaction can certainly get in the way of seeing who someone really is. But with time, feelings can, and often do, change. We spoke with two sets of Barnard alumnae who shared their unexpected journeys from mismatched roommates to lifelong “Barnard besties.”

In the fall of 1965, Judith Pinsof Meyer returned to her dorm at 616 W. 116th Street to find a student there who was not her previous roommate. “There was a little girl, 5'2", standing in my room,” recalls the 5'7" Meyer. Somewhat nonplussed, she blurted, “Where’s my friend?” Alice Rubinstein Gochman, whose first impression of Meyer was that she was a “snooty rich girl,” replied, “Who are you?”

Their initial responses to one another perhaps weren’t that surprising. Meyer, who was majoring in Russian and sociology, had been raised in one of Chicago’s wealthier suburbs, Winnetka, and attended one of the country’s most prestigious public high schools, New Trier High School. Her upbringing included trips to Europe, meals at fine restaurants, and a wardrobe of high-end labels. Gochman, an English and writing major, came to Barnard with the ambition of becoming a magazine editor. She was the product of Brooklyn public schools and graduated from Lincoln High School. Her father was an immigrant, and she and her family lived in an apartment in Brighton Beach.

Their mutual wariness, however, dissipated once they recognized each other’s talents and intelligence.

“Almost immediately we melded, like Spock and Kirk,” says Gochman. “We were both on the same wavelength.” Plus, she adds, “Judy is brilliant.”

At the time, Meyer, by her own admission, was a “cluelessly ambitious girl.” She admired Gochman’s undeniable “fire in the belly” ambition. Meyer recalls, “Alice said, ‘I’m going to be the editor of a women’s magazine, and I’ll be famous.’ I thought, ‘This girl has moxie.’ She had far better striving than I had.”

Even their different backgrounds served to solidify their friendship.

Meyer appreciated what she saw as the authenticity and warmth of Gochman’s family home. “This feels haimish,” says Meyer. “I saw it as emotional comfort.”

For her part, Gochman savored the meals at fancy restaurants when Meyer’s father visited from Chicago and the “fabulous ice cream parlor across from Saks — it was such a magic thing to happen.” Through her friendship with Meyer, Gochman also felt more confident and comfortable navigating sticky social situations and even about enjoying the finer things in life. “I learned from Judy,” says Gochman, “and bought my first pair of Gucci loafers as soon as I could afford it.”

Although Gochman and Meyer lost touch for a while, as each were building careers in different cities and, for a time, on different coasts — Gochman ultimately became the executive editor at Gourmet magazine, and Meyer is a lawyer, arbitrator, and mediator — they have remained connected and involved in each other’s lives for the past few decades.

A special moment came when Meyer had “the joy of introducing my granddaughter, Elizabeth, a Barnard senior, to Alice on [their] gorgeous farm in upstate New York. Three Barnard women spanning 60 years. Awesome!”

If Gauri Saxena and Elana Slobodien had one thing in common before they were paired together by Res Life, it was that they’d both already had less-than-ideal roommate experiences at the start of their first year. So when they returned to campus for the spring term, they had some reservations about their new living arrangement.

“It was a random change,” says Elana Slobodien, who figured she’d “take the risk.” They
were put in contact over the break.

Still, Slobodien — who was raised in Haddonfield, New Jersey, and now lives in Montclair, New Jersey, with her family — initially thought, “OMG, what am I getting into?” For her part, Saxena — who arrived in New York from East Lyme High School in Connecticut and currently lives in Irvine, California, with her husband and child — had been skeptical. She was somewhat uncertain what Slobodien’s “short, curt emails — ‘Hello, Gauri, I’m looking for a roommate and quiet in which I can study’” — would mean for a living situation.

First impressions didn’t help. Saxena had decorated her side of the room with a Village Voice issue with SpongeBob on the cover and a “Radical Cheerleaders” flyer. Slobodien got to their room first. As Saxena recalls, “She thought I was wild.’” Hesitations were dispelled when Saxena turned up with her parents, and Slobodien filled the Brita water filter. “That was so kind,” recalls Saxena.

By the time the two new roommates went off to Koronet Pizza on Broadway for a bite and to “exchange roommate horror stories,” says Saxena, they were happily beginning to bond. Saxena and Slobodien remained roommates throughout their time at Barnard, moving from Sulzberger to Plimpton in their junior year. “We always prioritized being together, whether that meant the same room or same suite or whatever,” says Slobodien.

While they each had different circles of friends, the circles overlapped when it was time to support each other at their respective performances and activities; Slobodien, an economics and math major, played French horn and trumpet at Manhattan School of Music (MSM), where she was enrolled through Barnard’s program. Saxena, a psychology major, danced with Columbia Taal, a South Asian fusion dance group. When Saxena needed a place to practice dance, Slobodien lent her the key to the practice room she had at MSM. Despite their different fields, they took Spanish and Chilean literature together.

Slobodien is now a managing director at J.P. Morgan, responsible for the global industrials and chemicals portfolio for the corporate and investment bank, having previously led the Latin American multinationals business.

Saxena went on to earn a Ph.D. in clinical psychology from George Washington University and is a clinical psychologist. She most recently worked as a psych consultant for YouTube and the entertainment industry. The women have seamlessly become part of each other’s families. “My parents treat her like a daughter,” says Slobodien. “Gauri was always at our seder. My kids say, ‘She’s in our family.’ We text all the time.”

And when Slobodien went to Singapore on business, she visited Saxena’s family. One of Saxena’s uncles is in finance and has been one of Slobodien’s professional mentors. “Our friendship continues to grow,” Slobodien adds, “and Gauri and I have lived in many countries and cities since graduating from Barnard, and we’ve often visited each other in these various locations and visited each other’s friends and family all over the globe.

“Barnard,” she says, “brought us together.”