Break This Down: Activist Pauli Murray

Professor Rosalind Rosenberg on the importance of twentieth-century activist and scholar Pauli Murray. 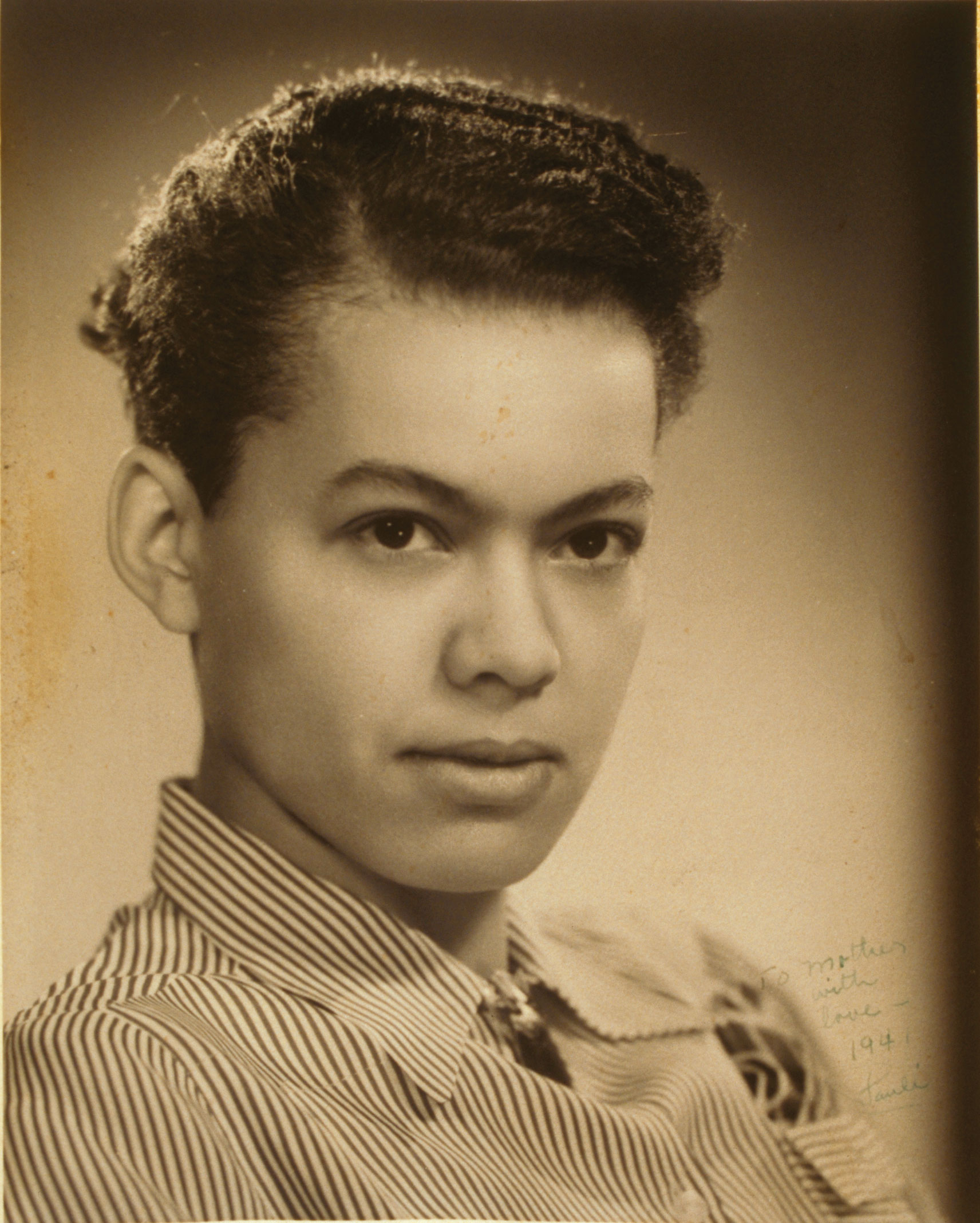 Pauli Murray (1910-1985) was one of the most influential activists and scholars of the twentieth century—yet many of us are unfamiliar with her. Ahead of her time, Murray exposed the ways in which race, class, gender, and identity intersect to perpetuate inequities. Her work paved the way for public school desegregation and the protection of civil rights for women and other minorities. Murray was a fascinating person—gender non-conforming (she considered herself male and dressed androgynously), religious (she was the first black woman ordained an Episcopal priest), and possessing a shrewdly strategic legal mind (her legal scholarship was used by Thurgood Marshall and Ruth Bader Ginsburg).

Rosalind Rosenberg, Professor Emerita of History, who taught at Barnard from 1984 until her retirement in 2011, recently released a comprehensive biography of Murray, Jane Crow: The Life of Pauli Murray. In this “Break This Down” interview, Professor Rosenberg discusses her biography, which has received rave reviews in numerous publications including The New Yorker and Slate.

Professor Rosenberg is also the author of Divided Lives: American Women in the Twentieth Century, Changing the Subject: How the Women of Columbia Shaped the Way We Think About Sex and Politics, and Beyond Separate Spheres: Intellectual Roots of Modern Feminism.

Why do people today need to know the story of Pauli Murray?

Living as we are in the midst of a powerful backlash against civil rights and feminism, we need to know the story of Pauli Murray for at least two reasons. First, we need historical perspective. Murray’s life demonstrates that today’s backlash and the struggle against it have deep historical roots. They date back at least to the early nineteenth century, when Murray’s maternal grandfather fought against slavery. From him, Murray learned that the history of the civil rights movement was one of advances but also of setbacks. As a young child, Murray learned about the post-Civil War Amendments that protected the rights of blacks, but she grew up under the tightening grip of Jim Crow. As an adult, she became a lawyer, but her search for work ran afoul of McCarthyism, which took particular aim at blacks, women, and “homosexuals.” Murray’s story testifies to the importance of perseverance in the face of seemingly insurmountable obstacles. 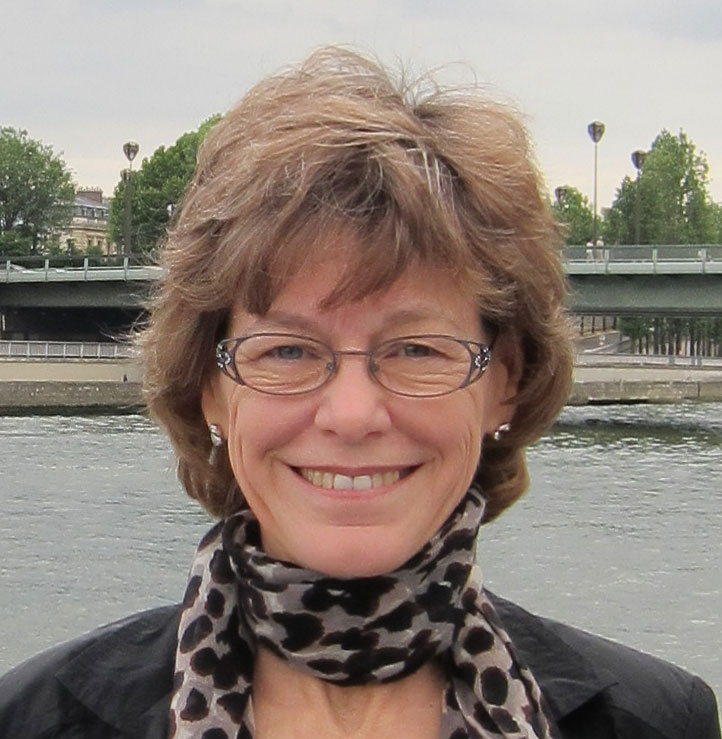 Second, Murray’s life teaches us that society’s outsiders often have the most important insights. Those outsiders may be immigrants, or they may be native-born citizens who are marginalized by poverty, religion, race, gender, or disability. This outsider status can give them an angle of vision that allows them to see what others cannot. Murray was the quintessential outsider.

You demonstrate that Murray was ahead of her time in the sophistication of her legal thinking, that for years she was strategic in a way that no one else was in challenging race and sex discrimination. You also show that she was ahead of her time in pursuing justice for transgender people. What made Murray able to recognize different facets of discrimination, and solutions to challenge them, when others around her could not?

Murray felt like an outsider, someone “in-between” as she put it, both racially and in her gender. She was darker than other members of her family, who worried whenever she was out in the sun that she would become even darker. At the same time, she was lighter than neighborhood children, who taunted her because of her light brown color. She also felt in-between in her gender—a male born into a female body. Throughout her life she experienced discrimination because of her color and her perceived gender.

In 1938, she applied to the University of North Carolina for graduate study in sociology but was rejected on account of race. Murray was furious. How could the university where her white great-great-grandfather had been a trustee turn her away because of race? When she reached historically black Howard University School of Law in 1941, she was tormented for being the only woman in the class. Murray was stunned. How could black men who had come to Howard to train as civil rights lawyers fail to see the parallel between race and gender discrimination? She coined the term “Jane Crow” to capture the double discrimination that she endured.

She bested her tormentors by graduating first in her class. Howard valedictorians typically applied and were admitted to Harvard Law School for graduate study to prepare them to be law school professors back at Howard. But Harvard turned Murray down on account of her gender.

Murray suffered, but the torment she endured also inspired her to conceive one of the most important ideas of the twentieth century: that the category of gender, like that of race, is inherently arbitrary, with no clear boundaries. When the state deployed either category to subordinate people, it violated the equal protection clause of the Constitution. Over the course of the next three decades she persuaded Eleanor Roosevelt, Thurgood Marshall, Betty Friedan, and Ruth Bader Ginsburg, among others, that this idea should be used to advance equal rights for all. Murray never spoke openly of her belief that she was what today we would call a trans man, but her belief in the arbitrary nature of gender and racial labels provided the foundation for extending the reach of the equal protection clause to cover gender and sexual minorities as well.

Why do you refer to Murray with female-gendered pronouns (she/her/hers) rather than with male pronouns (he/him/his) or gender-neutral pronouns (they/them/theirs)?

In early drafts, I experimented with the use of male pronouns in writing about Murray in her twenties and thirties, the years in which her sense of self as male was strongest. I then experimented with gender-neutral pronouns such as “ze/hir/hirs” for her forties on. But my efforts ultimately struck me as ahistorical. Murray lived in a gender-binary culture. To use male pronouns for someone assigned female at birth in a time when that was not culturally possible, or gender neutral pronouns when, even to this day, no consensus exists on what those pronouns should be, I concluded, would undercut the immensity of the struggle in which Murray was engaged and the significance of her contributions.

Murray called out so many discriminatory obstacles, and then she broke through the stained-glass ceiling to become the first woman ordained a priest by the Episcopal Church in 1976. How did her religious commitment and calling influence her social justice activism?

Murray was raised in the Episcopal Church. One of her uncles was an Episcopal priest, and he took her with him as he made the rounds of rural churches each Sunday. As a teenager, she visited the bishop of the African-American wing of the Episcopal Church on his deathbed, and he told her that she was a “child of destiny.” These early experiences gave her strength in periods of adversity. As she grew older, however, the ways in which her church fell short of its ideals in its treatment of girls and women nagged at her. She became a priest in part to right what she saw as the church’s wrongs. In her sermons, for instance, she sought to redirect theology away from its patriarchal emphasis toward what she believed to be Christianity’s core teaching: that in Christ there is no black or white, no male or female.

What would Murray think about the term “intersectionality”?

Murray would have embraced the term “intersectionality,” but she would have regretted that those who developed this concept often failed to see its roots in her idea of “Jane Crow.”

How do you imagine she would respond to Black Lives Matter?

Murray anticipated the Black Lives Matter movement in 1940, when she embarked on a nationwide campaign to save the life of a young black sharecropper, Odell Waller, condemned to death in Virginia by an all-white, all-male jury for killing a white man in self-defense. Murray failed to save Waller from the electric chair, but her crusade brought attention to racial injustice in the American judicial system.

… to efforts to defund Planned Parenthood and repeal the Affordable Care Act?

Almost always broke and often in debt to doctors and hospitals, Murray spent her entire life in a quest for affordable health care. Were she alive today, she would be leading the charge to prevent Planned Parenthood from being defunded and the ACA from being repealed.

Murray would oppose all “bathroom bills.” In the first half of the twentieth century, signs on public bathrooms in North Carolina, where Murray grew up, suggested that there were three genders: “Men,” “Women,” and “Colored.” If Murray had ever used the one that felt most natural (the one marked “Men”), she would have been lynched—not for gender transgression, but rather for defying state-imposed racial segregation. The North, to which Murray fled after high school, proved only marginally more congenial. The police in Bridgeport, Connecticut, came close to arresting Murray one day when she dared to use the men’s bathroom at a train station. Murray’s race attracted the police’s attention, but her crime that day was in defying gender convention in her choice of a public bathroom. Examining Murray’s life today reminds us that today’s battles over bathrooms—especially the one playing out in North Carolina—provoke fierce passions because they are about more than gender, they are echoes of older (and by no means forgotten) battles over race.

Activism
Feminism
Law
LGBTQ
Race and Ethnicity
Break This Down