Break This Down: Religion and Sexuality in American Politics

Professor Janet Jakobsen discusses how her latest book, The Sex Obsession, offers an expansive approach to reimagining the discourses of American politics through gender, sexuality, and religion.

In addition to hosting a historic and unprecedented presidential election in the United States, 2020 was another year in which the American political scene saw numerous debates on religion and faith, gender, and justice. These issues are hotly contested within both political and academic spheres.

In her latest book, Janet Jakobsen — Claire Tow Professor of Women’s, Gender, and Sexuality Studies and chair of the department — offers a bold and insightful exploration into the crucial roles that religion and sexuality play in American politics. Jakobsen’s text, The Sex Obsession: Perversity and Possibility in American Politics, illustrates how gender and sexuality are integral to a wide range of political struggles, tying together cross-disciplinary scholarship with creative projects from activists and artists who present promising avenues for social justice and action.

For 15 years, Jakobsen served as director of the Barnard Center for Research on Women and, during her tenure, founded the digital journal Scholar & Feminist Online as well as the New Feminist Solutions series of activist research projects with local community organizations. She is also the author of Working Alliances and the Politics of Difference: Diversity and Feminist Ethics (1998), co-author of Love the Sin: Sexual Regulation and the Limits of Religious Tolerance (2003), and co-editor of Interventions: Academics and Activists Respond to Violence (2004). Jakobsen is currently a principal investigator for the BCRW-sponsored Gender Justice and Neoliberal Transformations Working Group, a collaborative endeavor of 13 scholars focusing on contemporary visions of gender justice in a transnational context.

In this edition of “Break This Down,” Jakobsen discusses the research and interdisciplinary projects that went into The Sex Obsession and shares her thoughts on how to reimagine the discourse of American politics to more effectively enact social change.

What role(s) do discourses on sex and gender play in shaping the American political landscape?

Janet Jakobsen: The Sex Obsession is about sexual politics, meaning the entire complex of issues that engage gender and sexuality — some of which are frequently recognized as sexual politics, such as reproductive justice and gender justice, and some of which involve an entire range of issues, such as economics, immigration, healthcare, climate change. The contribution of The Sex Obsession is to take a dynamically intersectional approach to sexual politics, following the lead of Black feminists, in order to rethink commonsense understandings of political life. For example, it is widely assumed that religious conservatism is the driving force of sexual politics in the contemporary United States, but I show the breadth of secular investments in sexual regulation and the ways in which sexual regulation interacts with multiple social relations, like race and nation. I summarize this analysis of why gender and sexuality play such a big role in public life as, “Because religion, because sex, because everything.”

Why was it important to feature the collaborative projects of activists as you explored ethical commitments in politics?

The method I use comes from my fields of religious ethics and women’s, gender, and sexuality studies (WGSS). Both religious studies and WGSS are interdisciplinary fields of study — one can study religion through ethics as I do, or sociology, or history, or literature — and interdisciplinarity is often aided by conversations and collaborations across these different fields.  In addition, religious ethics focuses on the study of practicing communities: What can we learn about ethical commitments by learning what people actually do? For instance, how are people’s political actions related to their stated ethical commitments? How do people realize their ethical commitments in practice? This method calls out for collaboration, particularly with practitioners. So, I’ve worked extensively with activists and artists, and I’ve had the good fortune to do so at Barnard and in the context of BCRW, which has since its inception pursued ways of connecting scholarship and activism on behalf of social justice.

What are the problems surrounding the progressive narrative of U.S. democracy and politics?

Given the centrality of the narrative that the United States is continually making progress to expand democratic inclusion, why is full equality never realized? Why do different groups of people have to fight for their rights over and over again? Why do fights for voting rights, for example, still have to be waged when these struggles took place in the 19th century, in the 20th century, and now in the 21st?

In order to answer these questions, one chapter looks at a series of 2013 cases at the U.S. Supreme Court that included a major setback on voting rights, Shelby County v. Holder, which undermined a prominent section of the Voting Rights Act. I put this decision in relation to a decision announced in the same week that advanced in LGBTQ+ rights, as well as more recent rulings on race, religion, gender, and sexuality. In doing this relational analysis, we see that the issues addressed in the U.S. Supreme Court tend not to move forward on a consistent path toward progress but rather move around each other in kaleidoscopic patterns. Rethinking the role of the progress narrative can help to explain why it seems as though social change is happening all of the time, yet social hierarchies persist. I call this dynamic “mobility-for-stasis,” and learning to recognize how it works can contribute to new — and more effective — methods for making social change.

Why is it important to examine the relationships between sex, religion, and politics?

Focusing only on the connection between religion and sexual conservatism as a singular political driver obscures all kinds of diversity among and within religions on sexual ethics and on values more generally. This singular focus creates a sense that to be religious is to be conservative — and conservative specifically on issues of sex and gender. Yet many religious people are committed to justice on a range of issues, including immigration, the environment, healthcare, and economics, to name just a few that I document in the book. In contrast to this range of religious values, the standard narrative creates a sense that religion and sex are part of a zero-sum game, wherein a gain for sexual liberation is a loss for religion. Breaking away from the commonsense narrative about religion and sexual politics can open possibilities for all kinds of contributions to ethical and political life.

How can reimagining discourses of sex and desire open up possibilities for social change and justice?

At the end of a previous book that I wrote with Ann Pellegrini, Love the Sin: Sexual Regulation and the Limits of Religious Tolerance, we say that sex is a source of values. Such a claim seems completely counterintuitive in current public discourse. But gender and sex are material practices around which many people organize much of their lives and create what they value. Sex makes connections among people that can be crucially important. The example we use in Love the Sin is the type of mutual aid developed as queer communities responded to the AIDS crisis. In the current pandemic caused by the novel coronavirus, a set of questions about mutual aid and caring for each other have once again come to the fore, and people are also forming committed social units extending beyond the familial, organized as pods or “quarenteams” or the like. Sexual practices in these ways contribute to a sexual politics committed to livable lives and flourishing communities. In times like this past year, when things have looked dire, one can attend to the serious challenges of our world, like the pandemic, police violence, or environmental crisis, and remain committed to hope through life-affirming practices like mutual aid. 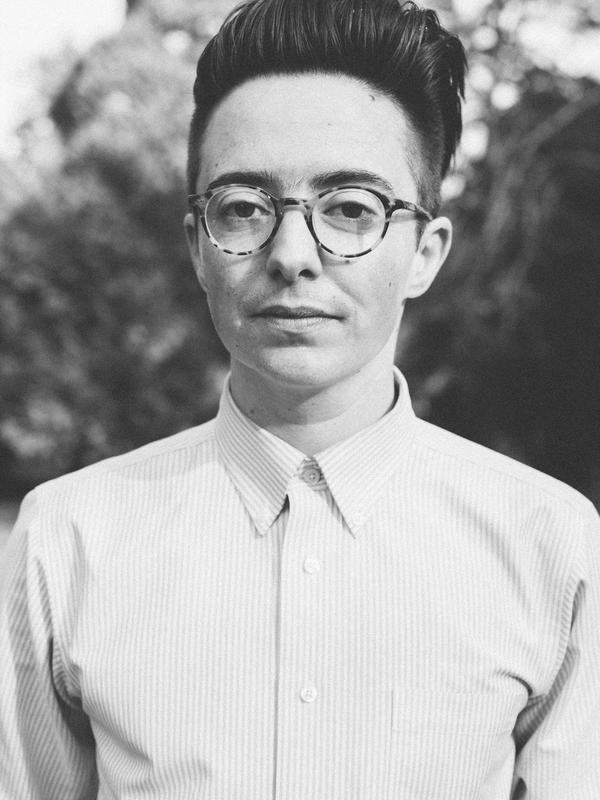 5 Questions With … An Activist for Mutual Aid 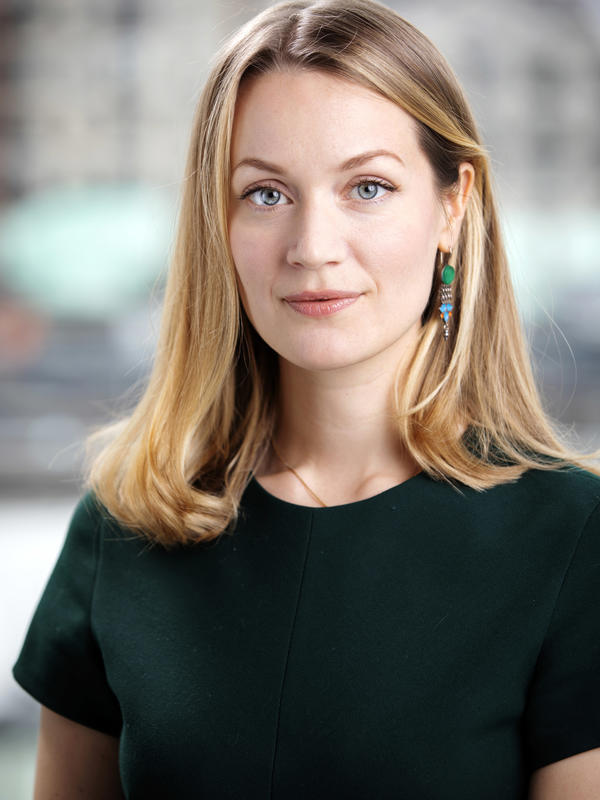 Break This Down: Period Teasing 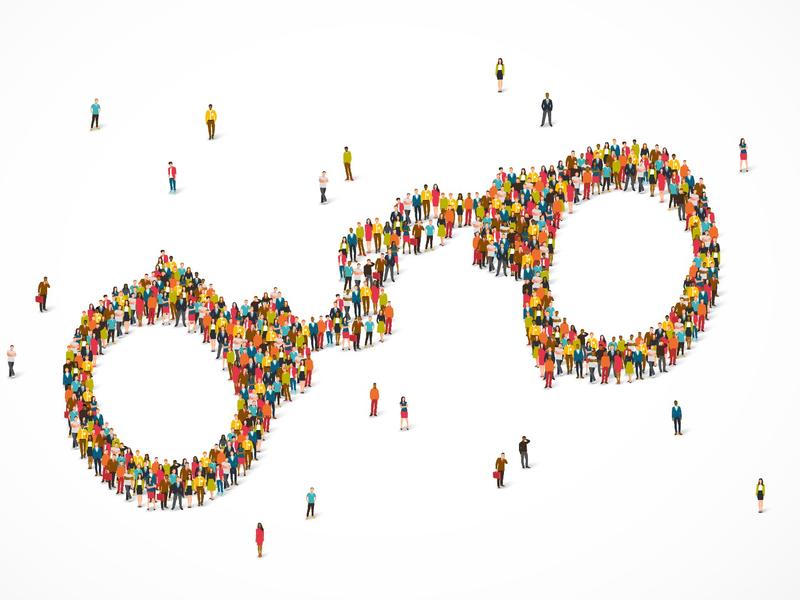 Break This Down Roundtable: Rethinking Policing