The 2018 midterm elections saw college student voters double in number. Barnard students weigh in on why they vote, how they research issues and candidates, and what they’d say to encourage those who aren’t voting.

It’s an off year for national elections, which means there’s no presidential race or midterms, but the general election on November 5, 2019, includes many important local races and the chance for college students (who doubled their numbers in 2018) to make an impact and history yet again. In New York City, voters will consider the city’s public advocate, the Queens district attorney, the city council seat in Brooklyn’s District 45, as well as several ballot questions regarding the city’s budget, charter, and land use. Elsewhere, many critical issues are on the ballot in districts closer to students’ home polling locations.

Because Barnard urges all students, faculty, and staff to exercise their right to vote, the College will be closed on November 5. In the spirit of voting and voicing opinions, students shared their thoughts on why it’s important to vote (even in an off year), how they get information about candidates and issues on the ballot, and what they would say to someone who isn’t planning to vote. 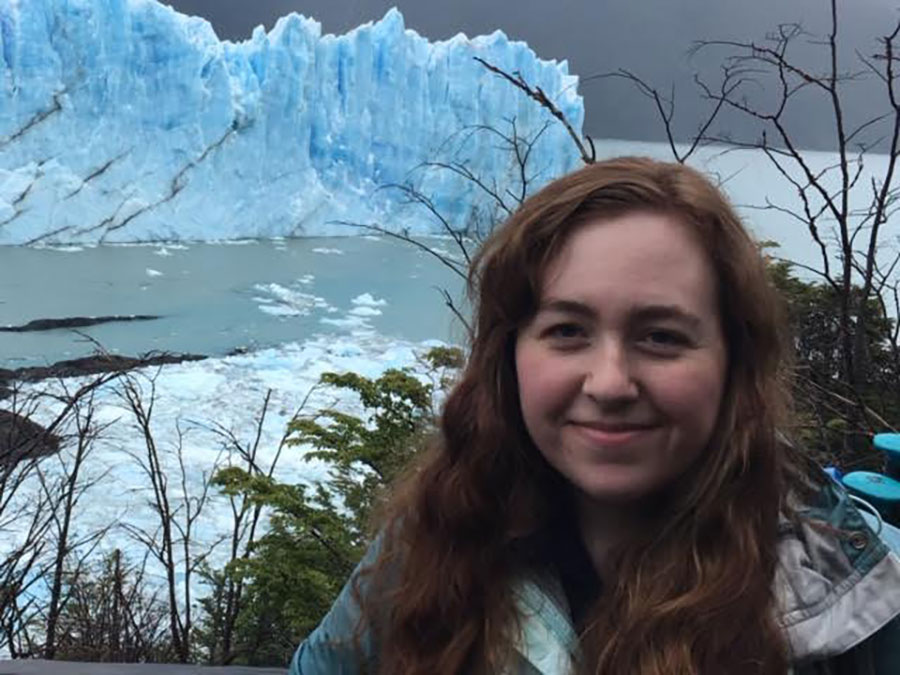 Why do you vote?
“I vote because I care about political and social issues and feel that voting is a simple, albeit small, way of engaging with my community and government. I feel more justified in voicing my political opinions, particularly my discontent, if I have actively tried to influence policy issues, and voting is the best way for me to do that.” 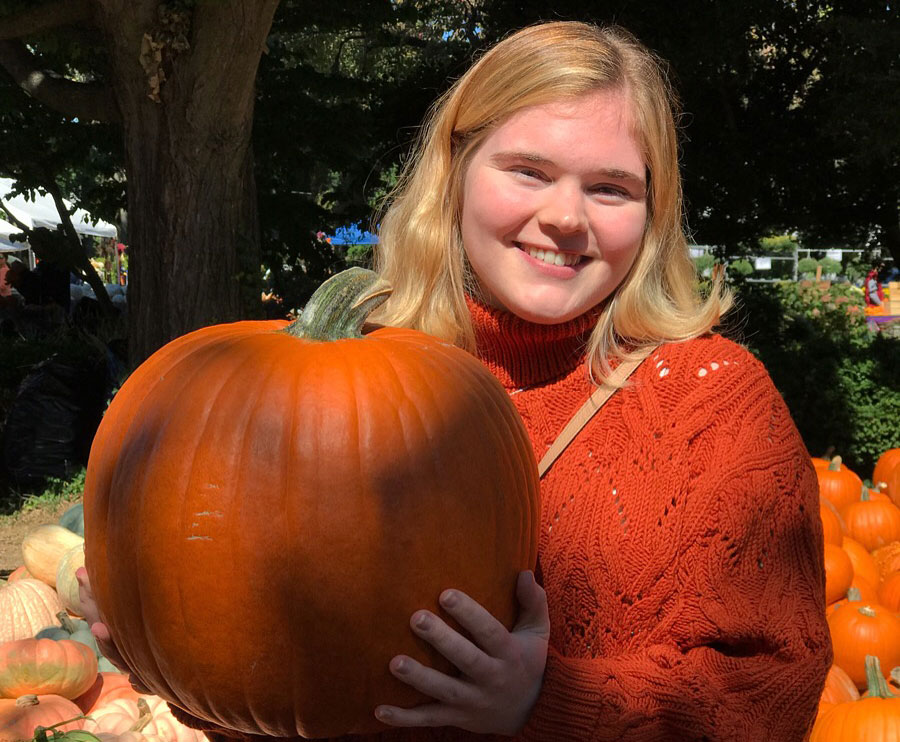 Why do you vote?
“Since I will be away for fall break this year, I voted early in my hometown. I planned ahead and prioritized voting because I wanted to make sure my voice was heard within my community. Of course, I think everyone should exercise their right to vote on presidential and other national candidates. However, local elections are equally important! Our elected officials handle everything from taxes to public schools to fixing the roads. Voting for candidates who align with my values is one of the best ways to spend a spare 20 minutes.” 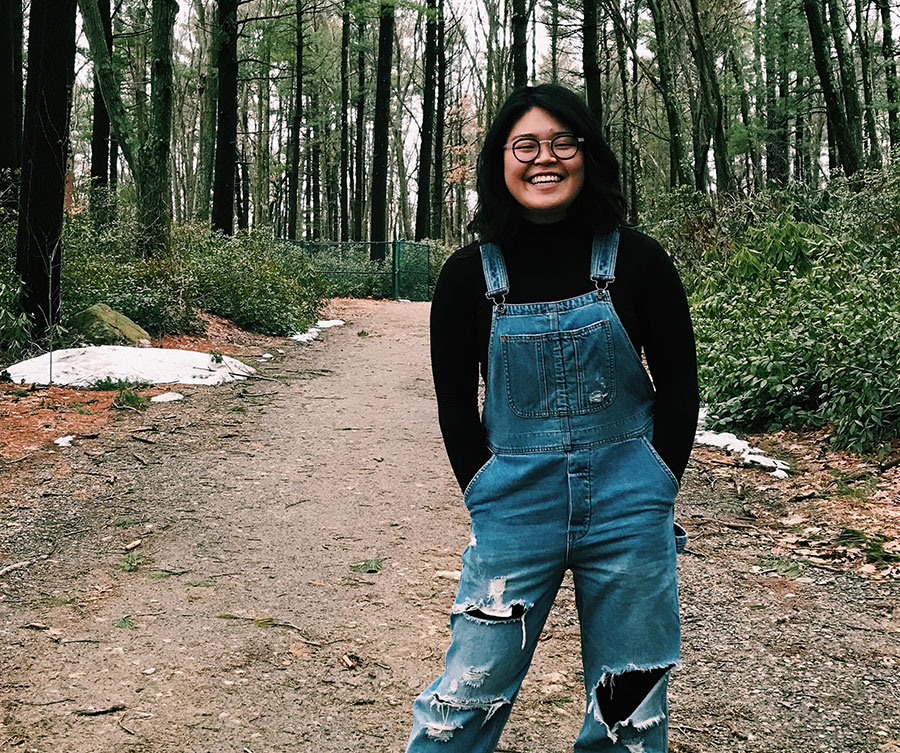 Why do you vote?
“I vote because I have a responsibility to elect the most qualified candidate into office. I have the privilege of being able to vote and to try and improve the current state of this country. I get my information online, mostly through publications, such as The New York Times and reporters I follow on social media.” 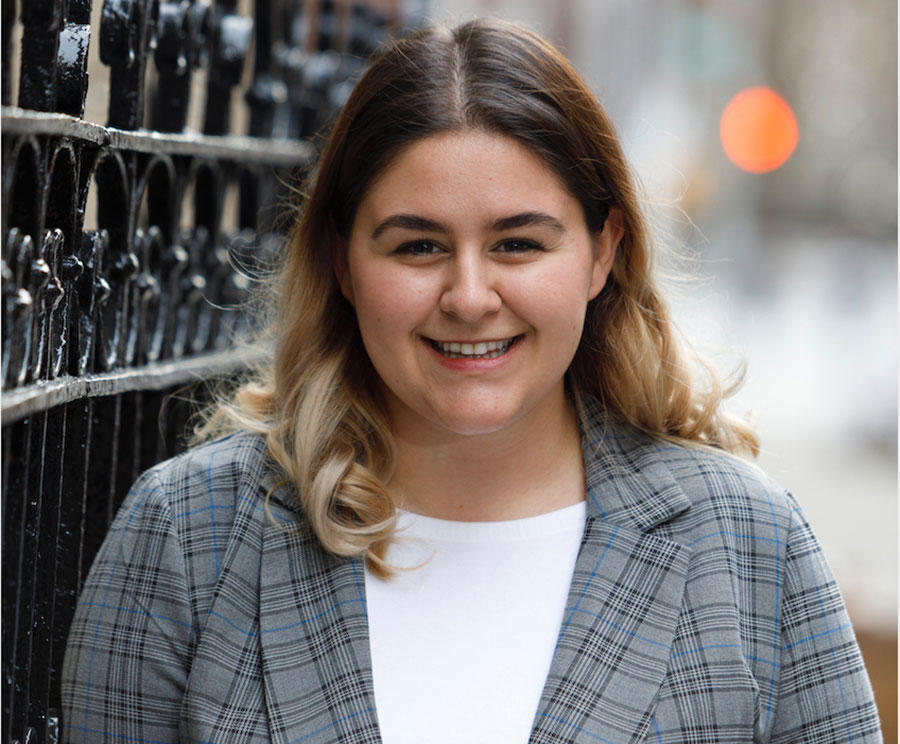 What would you say to someone who isn’t planning to vote?
“I know it's easy to feel dismayed about our current political system and that a single vote can't make a difference, but it can. [More than] a third of eligible voters didn't vote in 2016 and [just under] half didn't vote in 2018. If more had voted, imagine what a difference it could have made in our electorate. Voting is a right that has been fought for over the centuries because of how important it is as a means to make your voice heard. When you choose not to vote, you're making a decision to silence your own voice and amplify others.” 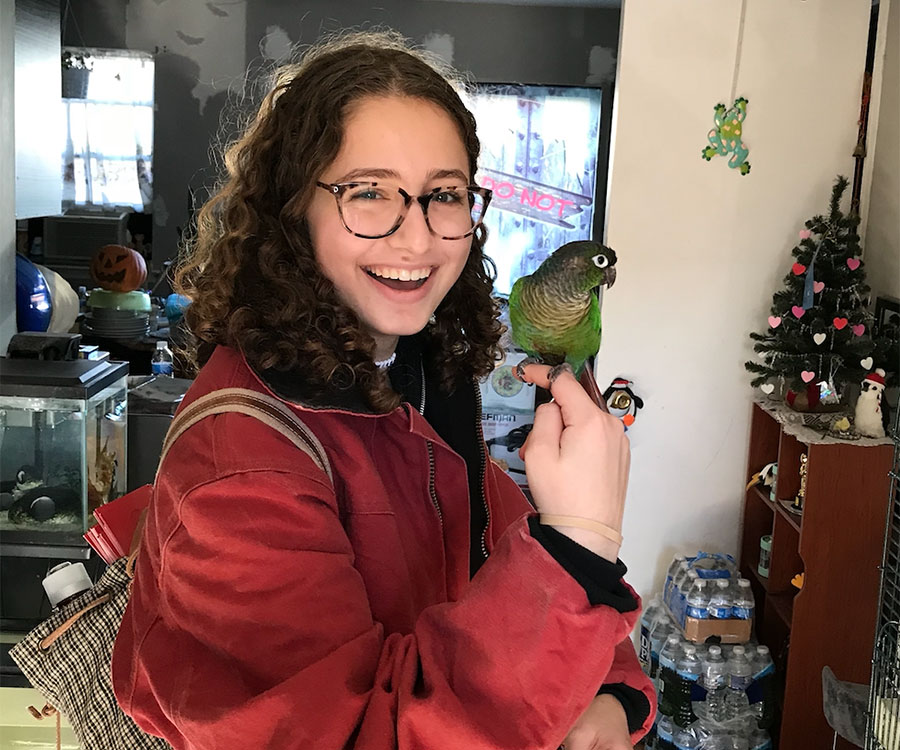 Why do you vote?
“This year, I'm voting because there is an initiative that I think would change democracy on the ballot: ranked-choice voting. If NYC adapts this really incredible and way more democratic and equitable legislation, I hope more places would as well. So many people don't have the opportunity to voice their opinions and advocate for their needs, so it feels even more important that I vote because I am able to. Also, last year I lobbied to pass early voting in New York with LetNYVote, and I'm so excited to get to vote a week before the election!” 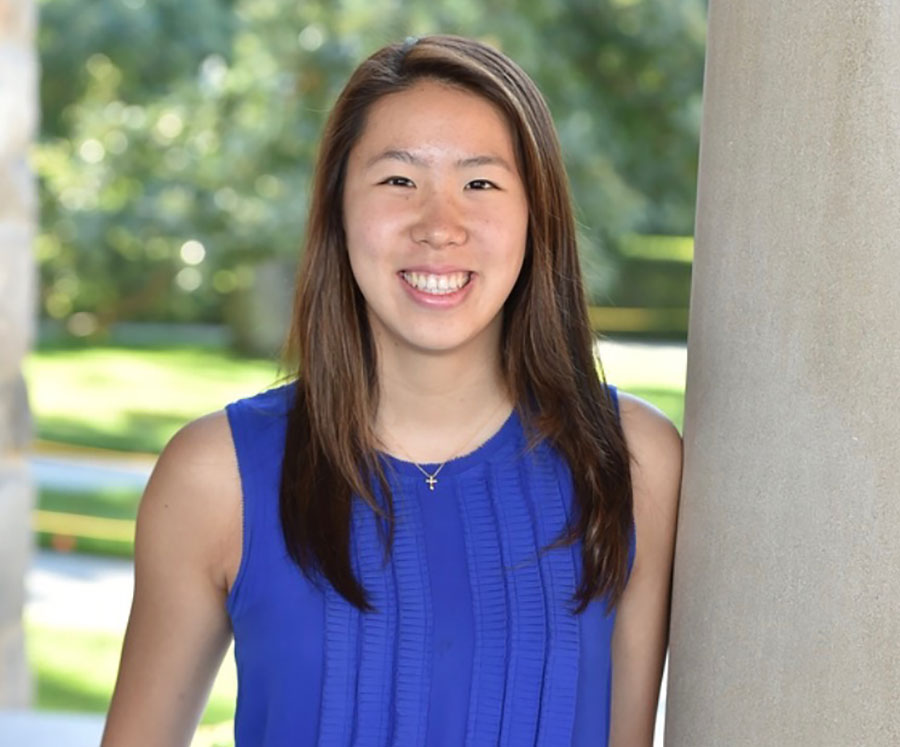 Why do you vote?
“As a citizen who has the right to vote, I want to have my opinions [ be part of] the decision of who is placed in positions of government."

How do you get your information on candidates before voting?
"I usually go on candidates’ websites to learn their plans, goals, and principles. I also look on social media to get a feel for their opinions on certain ideas and how they interact with supporters.” 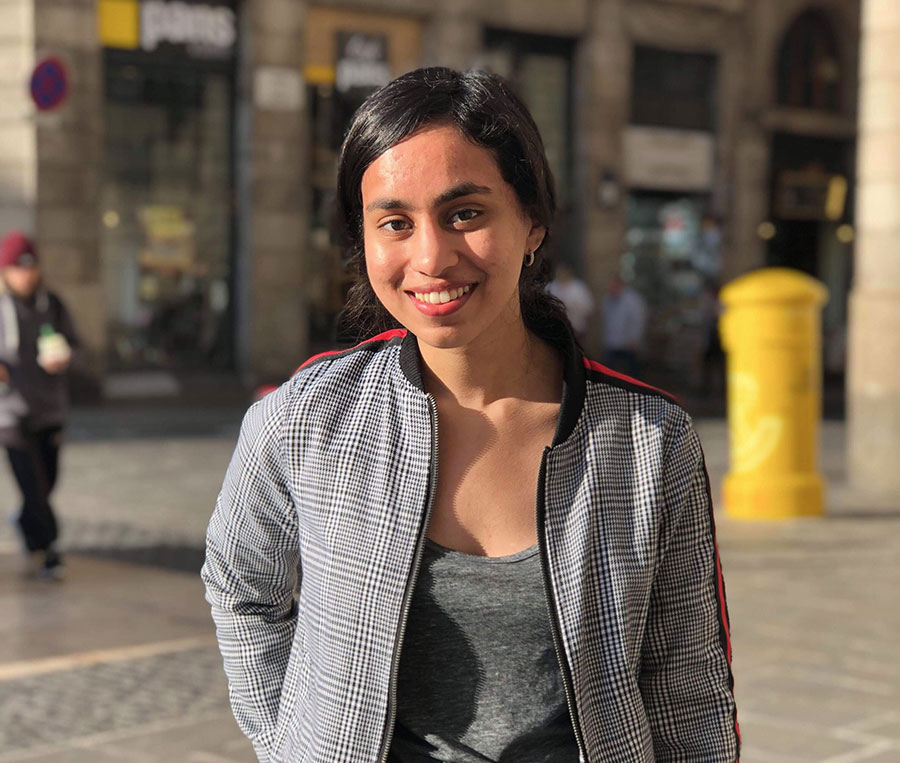 Why do you vote?
“It is a way of expressing what kind of society I want to live in. Each candidate stands for a set of ideologies, and there is power in having the ability to choose which one most closely aligns with my values. Not very long ago, women and other marginalized communities did not have the privilege of freely and equitably making their voices heard. As a woman of color, I am cognizant of the privilege that I hold in having the ability to express my political views through voting.” 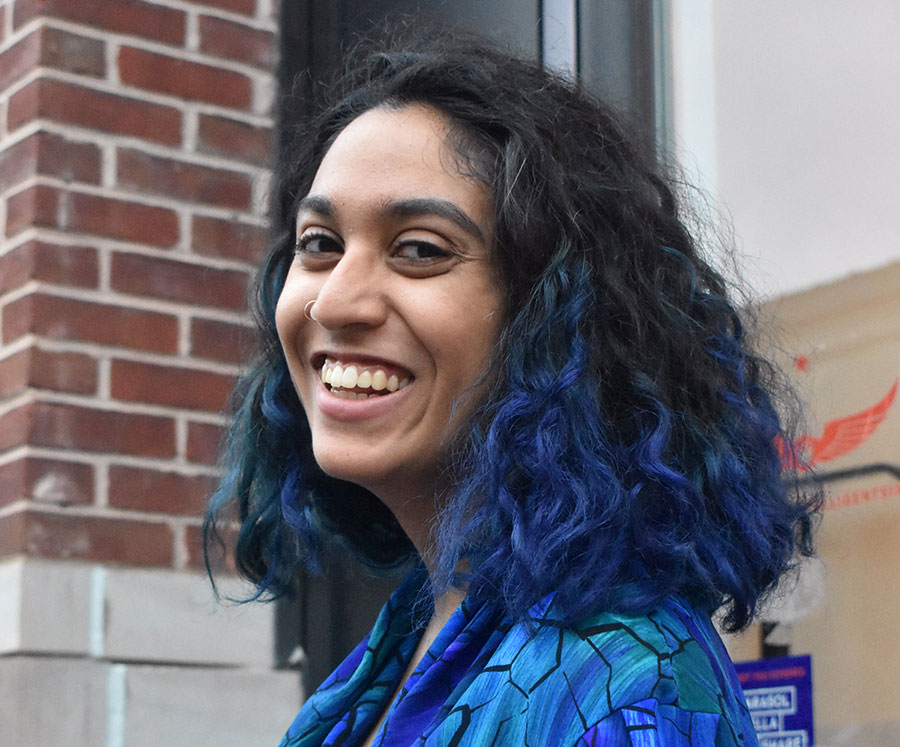 How do you get your information about candidates before voting?
“With the [California] mail-in ballot, there’s a booklet for each candidate [with information on their campaign and major stances].”

What would you say to someone who isn’t planning to vote?
“You lose nothing by doing it.” 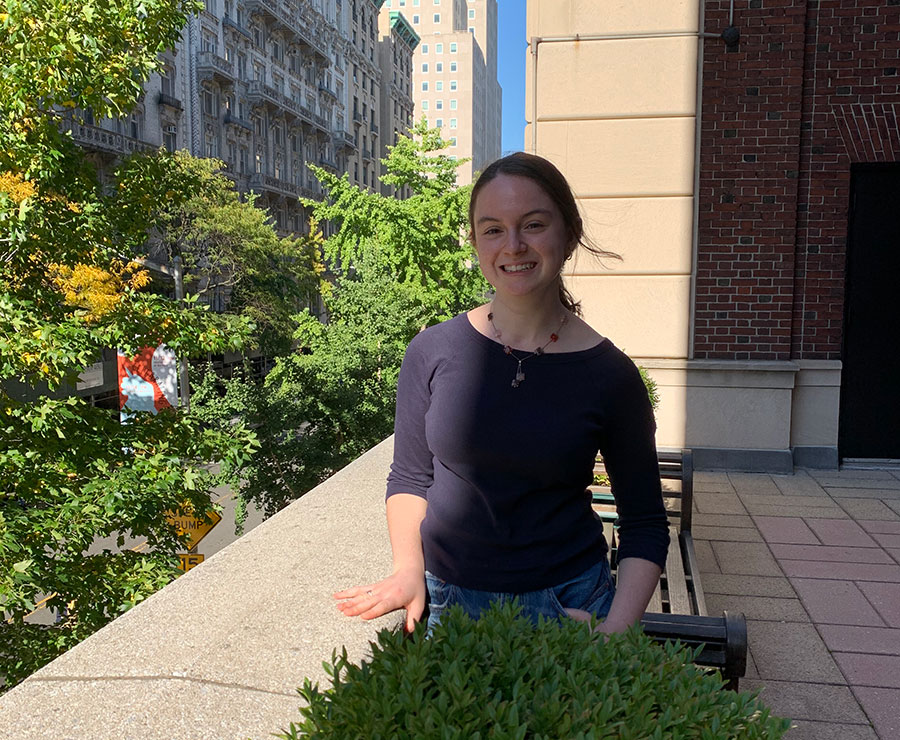 Why do you vote?
“The only time I voted was at a community fair, when a Democratic candidate came to talk about how she could help my Long Island community. When the candidate won, it felt good. [But while I voted], I don’t know if [the candidate I voted for] made a difference. I see value in voting. I’d vote again, although it feels like we don’t have much power in politics as citizens.” 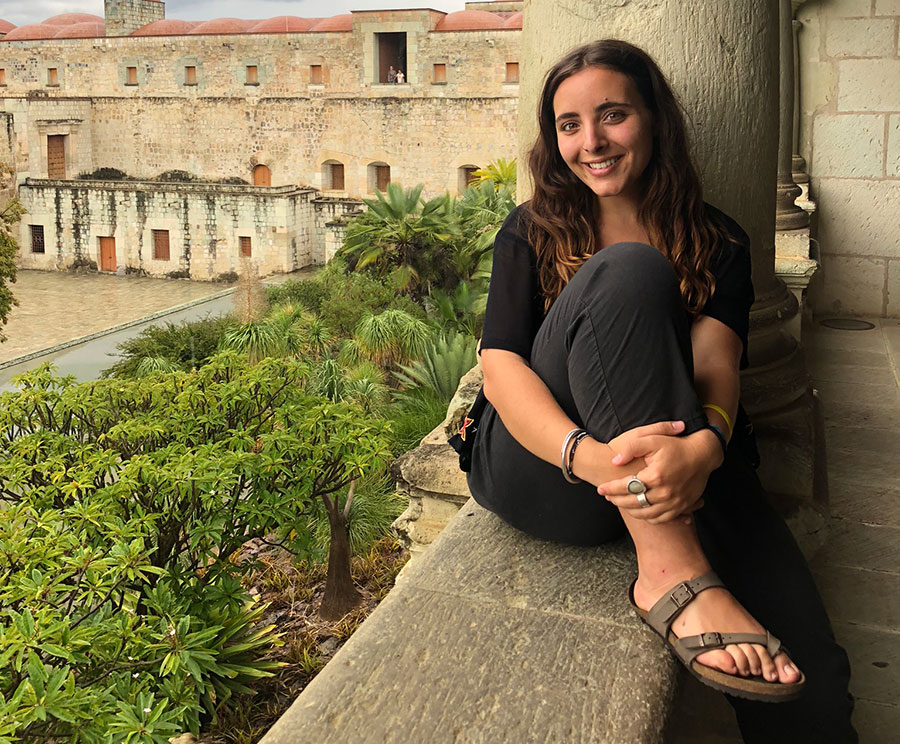 Why do you vote?
I have the privilege of doing so. I recognize how freedom is not always a given in this country, and that there are many choices and barriers to voting based on citizenship and job requirements.”

What would you say to someone who isn’t planning to vote?
“If someone can vote and doesn’t, I’d encourage them to reconsider and cast their ballot.” 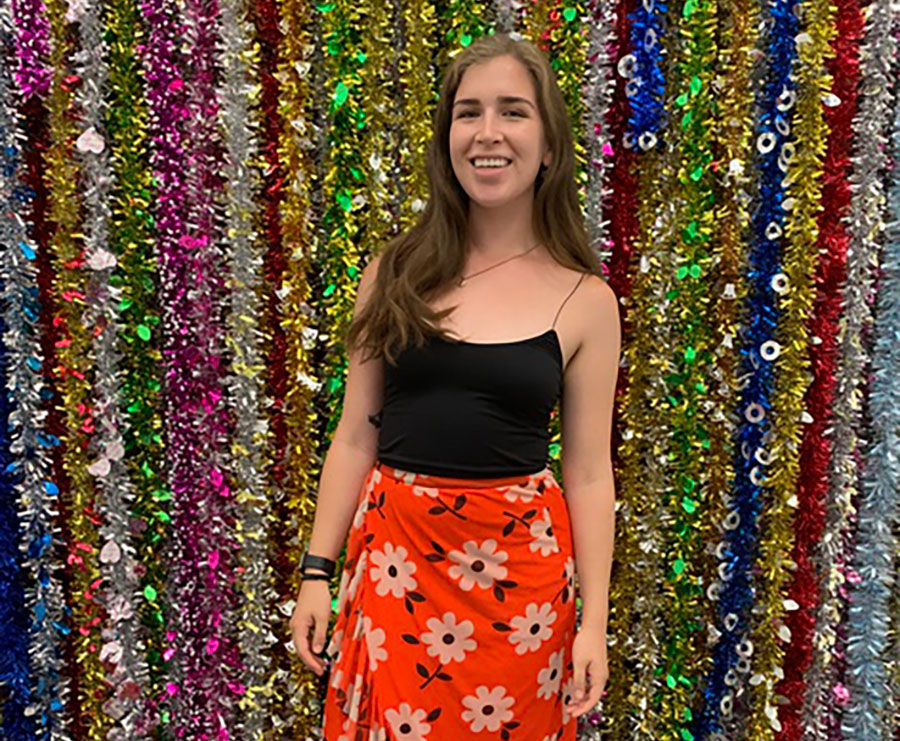 How do you get your information about candidates before voting?
“I often get information from local news websites or from the websites of candidates themselves. Because there are so many positions on the ballot in Chicago, where I’m from, it can be difficult to keep track of who I should support based on my interests, so I seek out websites or find other supporters who provide information on the candidates. In the last midterm elections for Chicago, a judge who was found to be showing bias towards nonwhite defendants was voted out of office for the first time in over three decades because voters made informed decisions.”

What would you say to someone who isn’t planning to vote?
“Although they may feel their vote is insignificant, we have seen so many elections, such as in Georgia and Florida, where the final decision truly came down to a handful of ballots. Voting is a right that many have fought for throughout American history, and I believe it is not something we should take for granted because in the end, it is us who have the power to make decisions that will affect the future of this country.”