The Barnard junior explores infinity and beyond at a major scientific conference. #CelebrateAAPIHeritageMonth

For Daniela Hikari Yano ’23, it started with the stars. Growing up in southern Brazil, she and her dad would gaze up into the night sky together. The universe fascinated her, and the desire to study astronomy began in high school. When Yano saw the TED talk “The Sound the Universe Makes” by Janna Levin ’88 — Barnard professor of physics and astronomy and an acclaimed researcher of black holes — she knew she wanted to pursue that study at Barnard.

Once enrolled, she began her intellectual journey studying the black holes of the galaxies. In April, Reshmi Mukherjee, the Helen Goodhart Altschul Professor of Physics at Barnard, asked the junior physics major to present her research at the American Physical Society (APS) conference. Here, she describes her work and thrilling perspective on the secrets of the universe.

At the APS conference, you explored spectra of very-high-energy gamma-ray blazars. What does that mean?
The light we can see with our eyes is just a part of all of the light that exists. The electromagnetic spectrum encompasses the entire range of light. On one end of the spectrum are the radio waves (the least energetic), and on the other end are the gamma rays (the most energetic). Given this, it is not enough to look at the sky only in the visible light band, because we are blind to most of the existing light. That’s why we need to build telescopes that can “see” in the different wavelengths, such as radio, infrared, ultraviolet, and gamma-rays.

Gamma-ray astronomy allows us to study the most extreme and violent objects in our universe, which include blazars. Blazars are powered by a supermassive black hole and are among the brightest, most energetic objects in the sky. Blazars also shoot jets directed toward us. Exploring the spectra of very-high-energy gamma-ray blazars is to use the data collected in the gamma-ray band to learn more about the blazars, the acceleration mechanisms of the jets, and the space between the blazar and us. Those gamma rays travel a long distance, and the interactions they have with starlight, magnetic fields, and other objects can teach us a lot about the universe.

What does it mean that blazars shoot jets directed toward Earth?
When supermassive black holes at the center of galaxies accrete material, they can eject powerful jets of charged particles at speeds approaching that of light. These particles in turn emit radiation across the electromagnetic spectrum, from radio to gamma rays. When the jets are directed toward us, they are called blazars.

What can gamma rays teach us about the universe?
Gamma rays are used as an instrument for us to study those objects that are really energetic, which include blazars. These studies help us answer questions like: What are the highest particle energies that are realized in relativistic jets? What are the acceleration mechanisms in the jets? This means that it can even solve the mystery of dark matter, which would help us understand the formation of the universe!

What should nonscientists understand about gamma rays and blazars?
To me, astronomy is comparable to what the Great Navigations were. There is so much to explore and learn about the universe, and that’s why I am excited about astronomy in general. Very-high-energy astronomy is a relatively new field that allows astronomers to gain insight into the most extreme astrophysical processes in our universe through the observation of very-high-energy gamma rays. Blazars are among the most energetic and exotic objects in the universe and emit high-energy photons, cosmic rays, and neutrinos, which act as particle accelerators that can emit particles with energies much higher than CERN’s Large Hadron Collider, the most powerful human-made particle accelerator. Blazars are a laboratory to study cosmology and particle fields and can help us answer numerous scientific questions, [as well as] teach us more about the Universe. 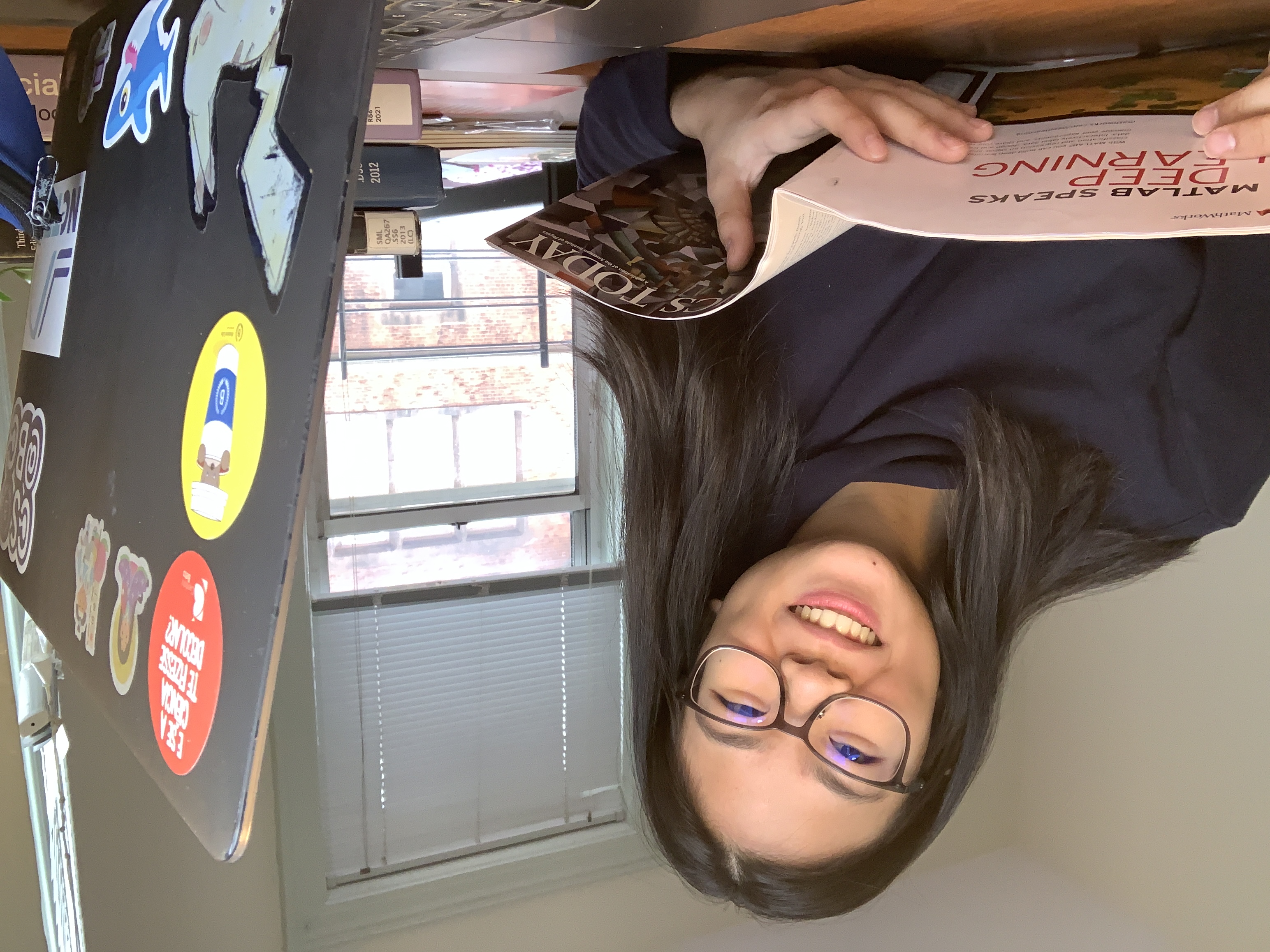 What led you to specialize in the study of blazars?
Professor Reshmi Mukherjee is my adviser and was my professor. When I arrived at Barnard, I already had [considerable] admiration for her. For undergraduate students who are exploring research, having a great professor is the key to having a good experience. Therefore, what led me to work on this research was the combination of my passion for astronomy and [my] admiration for Professor Mukherjee! 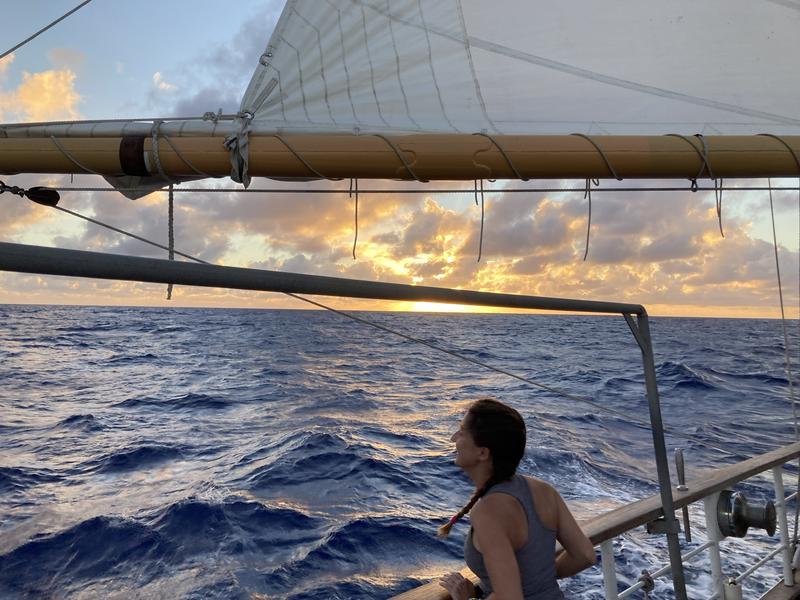 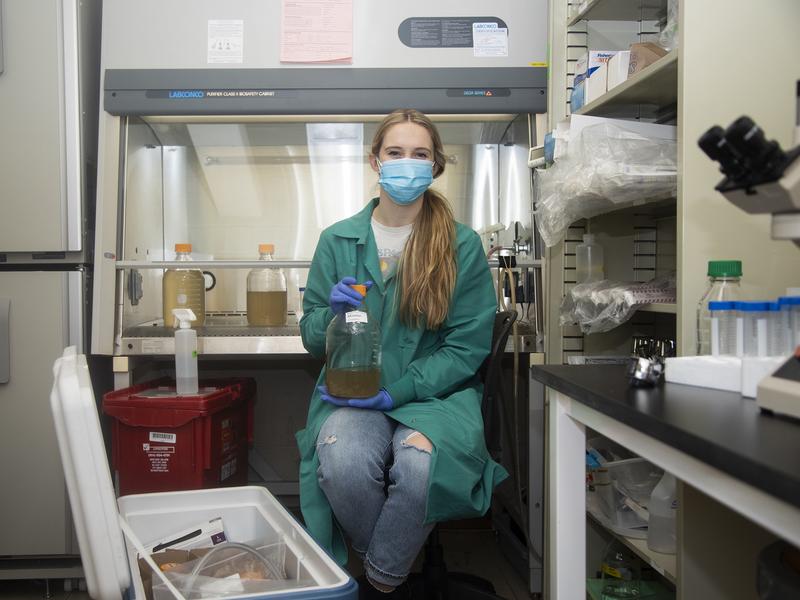 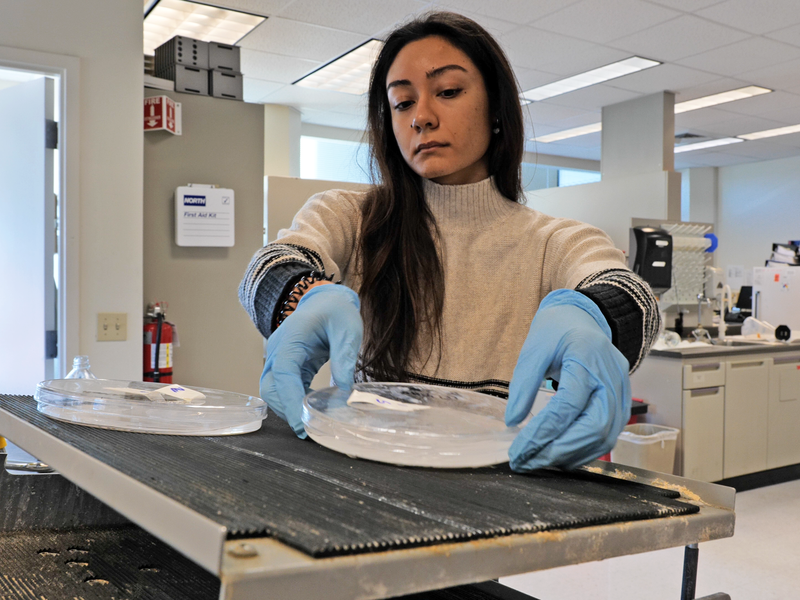