The hit show’s co-founding producer Theo Balcomb ’09 and co-host Sabrina Tavernise ’93 share why audio journalism is so binge-worthy — and an excellent medium to learn about the biggest news stories.

The New York Times podcast The Daily first wormed its way into listeners’ ears in 2017, and when it became a favorite during the early stages of the COVID-19 pandemic in 2020, co-founding producer Theo Balcomb ’09 (above, right) wasn’t surprised that the show was riding high in terms of downloads.

“It’s a really hard thing to make, but I never doubted that it was a good idea,” Balcomb told an audience of hundreds at Barnard College on September 23. “I wanted to [do] it for my friends, and I felt very [strongly] about making something that people wanted to hear.”

It turned out that Balcomb was right. Of the top 100 shows in the country available on Apple Podcasts, The Daily ranked #3 as of August 2022, according to the media research site Edison Research, and has over 2 million listener downloads a day, more than quadruple the audience of the weekday print version.

The Daily’s co-host Sabrina Tavernise ’93 returned to campus alongside Balcomb to discuss the impact that the show has had on news consumption and journalism, as well as to share how episodes are reported on and created.

“I was a huge fan of the show [before working there] because there are so many things in the news that you skim by that you can’t keep up with,” Tavernise said. “And the vitamin is The Daily.”

Because podcasts can easily be taken on daily walks, runs, and drives, Balcomb and Tavernise have become household names and familiar voices to many. Through their work, consumers of news receive deep reports on issues of importance, from national political elections to viruses and vaccines to the war in Ukraine. According to both alumnae, the real task is to not add to the noise but to offer information in a way that leaves listeners satiated.

“We’re hired for our judgment, and we decide if this is an important thing [to share],” said Tavernise. “It’s a set of judgments that a busy person, who wants to be informed, wants.”

President Sian Leah Beilock introduced the conversation, which was sponsored by the Athena Center for Leadership, the Sloate Media Center, and the Departments of Political Science and English. Fellow alumna Umbreen Bhatti ’00, Constance Hess Williams ’66 Director of the Athena Center for Leadership, moderated the talk, which was also available via livestream. As a longtime listener of the show and former director of the San Francisco Bay Area NPR station’s innovation lab, Bhatti said she approached each episode as an eavesdropper because the topics discussed are done so with ease. “Now that you’re both here, what is the conversation that you want to have with each other?” asked Bhatti, as the audience leaned forward. The answer from both was to continue to expand the stories that are told and how they are told.

These days, Balcomb is seen as an expert audio storyteller who can be credited with making news compelling enough to engage busy listeners. She honed that skill as a supervising producer on NPR’s All Things Considered — the youngest person to hold the position — and at The Daily, before she left to go out on her own in October 2021.

While Balcomb works on new audio projects, Tavernise — a veteran foreign and national correspondent — will continue to bring listeners up to speed with the news of the world on The Daily. “I’ve been pushing for more international [coverage] because I want our listeners to understand more about the world,” she said. “Now, no one wants to talk about the European energy crisis. It might be boring, but you gotta eat your broccoli sometimes.”

Bhatti, who queried Balcomb and Tavernise about the role and power of audio journalism in helping listeners understand our most complex challenges, set the stage for the audience Q&A that followed:

“How do you consistently capture listeners for a social world?” asked one student.

Balcomb was ready with a response. “People said young people like listicles, but I said no, we’re going to talk to people like they’re people,” she said. “How can we make the beginning of each episode more engaging? How can we compel you quickly? Those transparent human connections will hopefully hook you so you go on this ride for 30 minutes.”

For Tavernise, the answer was simple: “You want a complete thought, [so] you can come out on the other side [of a story] and feel like you’ve learned something.”

Students were so taken by the conversation that about 25 of them stayed behind patiently after the audience Q&A to eke out more time with Balcomb, who didn’t hesitate to have personal chats with them. Much like a mentor passing down knowledge learned from her years in the field, Balcomb left students with this inspirational thought: “We made a new thing, yes. But we pulled from all kinds of things that had already been made. And that happened because I’d read, I’d listened, and watched.” 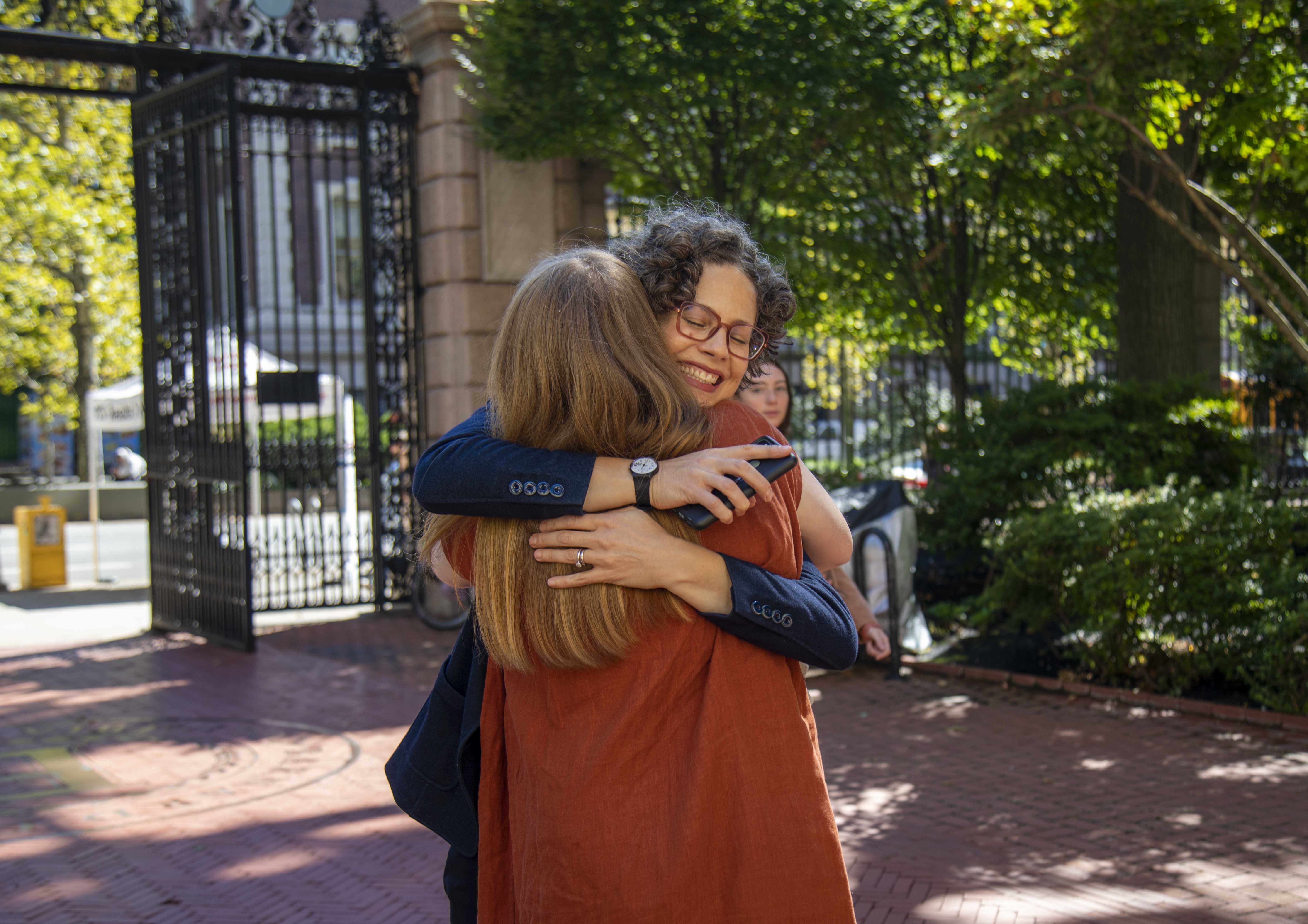 As listeners look forward to the midterm elections on November 8 and to any unexpected news that arises before then, they can be certain that Balcomb and Tavernise will have their ears to the ground to report it all in new ways. 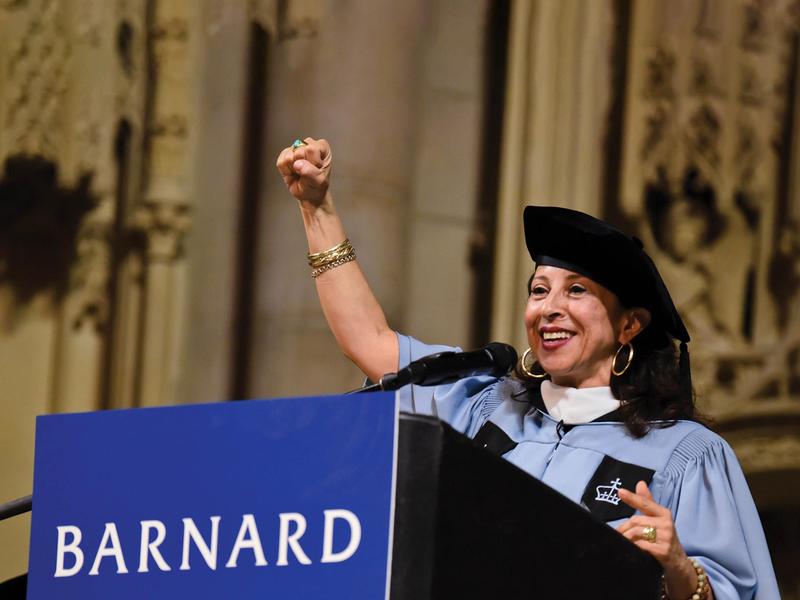 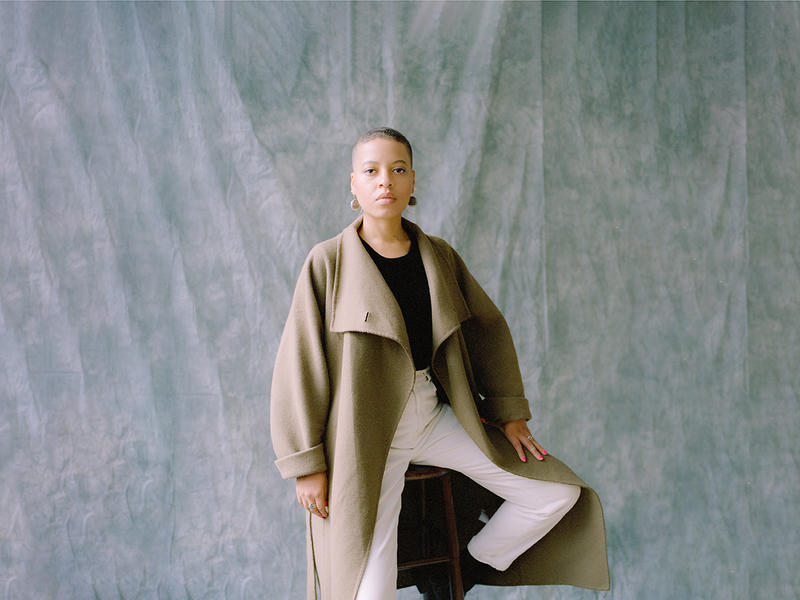 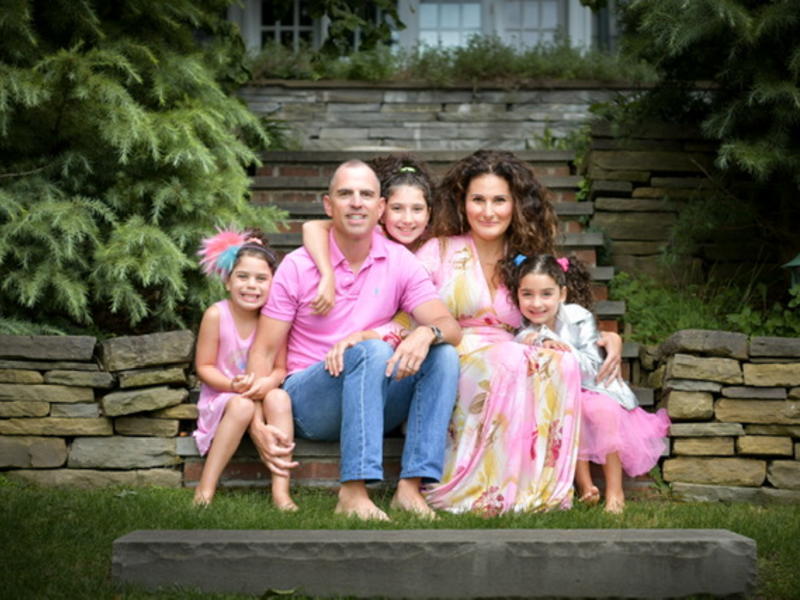