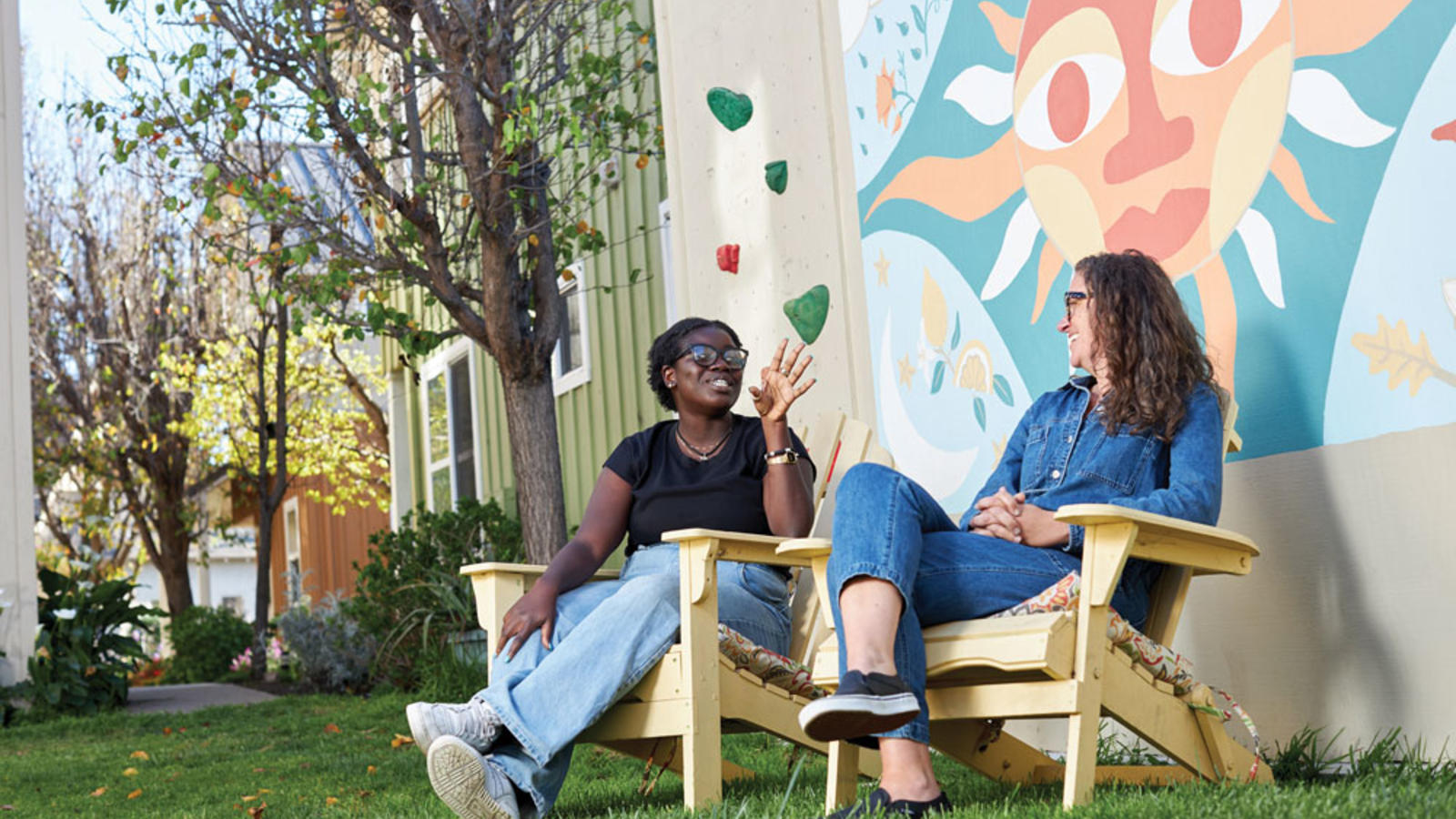 When Courtney E. Martin ’02 moved to her new neighborhood in Oakland, California, and walked past the local elementary school with her toddler, she began to notice the almost exclusively Black and Brown demographics of the children on the playground. More and more, she asked herself, “Where do most of the white children go to school?” To answer that question, Martin embarked on what she describes as “a journey of a thousand moral miles” in her memoir, Learning in Public: Lessons for a Racially Divided America From My Daughter’s School, published in August 2021.     Nearly 70 years after Brown v. Board of Education, schools in the United States are increasingly entrenched in de facto racial segregation. According to a 2019 report by the Civil Rights Project at UCLA, white students are the most likely to attend segregated schools where, on average, 69% of students are white.

It was this landscape in which Martin and her family chose to enroll their daughter in a predominantly Black and low-income school in the neighborhood. In Learning in Public, the award-winning author and journalist — whose work has been published in The New York Times, The Los Angeles Times, and The Nation, among others — explores what led them to this decision and considers what it means to live out progressive values, with all the discomfort and joy that follows.

Alicia Simba ’19, a second-year public school teacher living and working in Oakland, spoke to Martin about the process of writing the book, white moms, and the role of schools in a democracy.

Alicia Simba: At what point did you realize that there was a story here to tell?

Courtney Martin: It was sparked when I started the preschool process with my older daughter. I was confronted with the fact that I live in the very racially diverse city of Oakland, California, and yet all of sudden, things are becoming racially segregated for my 2½-year-old educationally. I’m going on these tours, and there’s all these white and Asian American families, and so that was really the first moment that I started to ask, “What is going on here?”

AS: It’s very interesting because I felt a connection to the book. I also live and work in Oakland, but I have no kids, I’m Black, so it feels like on a surface level, I wasn’t sure if there was something I could take away from it. But I was really struck by how this very specific story you’re telling really does have a lot to say about the project of integration and about multiculturalism and democracy. This leads me to my next question: Who do you consider the target audience?

CM: I feel like one of the big paradoxes of this book project is that the target audience is white moms, especially white progressive moms and white parents, but I always had a deep intention of making sure that it felt in conversation with and accountable to women of color and Black women in education, especially because those are some of my best mentors on the page and in person.

AS: After they read the book, what do you want readers to do differently?

CM: White families need to be honest about the cost of either sending their kids to private schools or navigating out of racially diverse public schools for whiter, wealthier, more highly resourced schools. There is a cost to all of us, including your white children. And so for me, it was like, “How do I say that boldly and clearly?”

One very small example of that is urging white parents not to talk about schools they actually don’t know about, because a big part of the white whisper network is being on the playground and being like, “Oh you definitely don’t want to go to that school” even though you’ve never toured that school, you don’t know anyone who goes to that school, you’ve just seen a bunch of Black kids on a playground, and you’ve heard like one thing about the “chaos” or all these coded racist terms that people use to describe that school, and now you’re part of this very powerful force that is preventing white kids, or just a multiplicity of kids, from going there. If white people read my book and stop talking about schools they don’t know about, that would be a true success.

I do hope it influences white parents also to think about their own lives, their friendships, and their workplaces — and of course, where they send their kids to school. I was trying to model a certain kind of self-examination and to be more self-examined about some of these choices that we act like are just sort of neutral. What are the questions that you actually care about? And one of the joys of the book is it gets to such deep questions: “Where do you send your kid to school?” becomes “What is school for? What do I actually care about for my children? What is a life well lived for them?”

AS: I’ve been in education for several years, and it’s interesting to see more and more people asking these questions. It is a very personal choice about what you value. The more we continue down this road of segregated schools, what do you think is at stake — what is the cost of sending your kids to your traditional neighborhood public school? What are the costs of sending your kids to the wealthy, white private school or the highly funded public school?

On a personal level, the cost to my kids being in a homogeneous, privileged environment is that they would be completely centered in their culture, their racial identity, their assumptions — and their muscles would atrophy for living in our actual country. Because our country doesn’t look like that.

We were able to access this incredible gift where our kids could go to a school where 70% of the kids are Black, a quarter of the kids are from other countries and speak other languages, 75% of kids are on free and reduced lunch. And my kids get total exposure to all these different cool ways of being a family, to different traditions, to different religious ideas.

In the book, I tried to look back at my own upbringing and ultimately felt like I was disadvantaged by living in a fairly white world for a lot of my life and having really well-intentioned parents who were kind of ex-hippies who said, “We don’t see color.” They did the best they could, but each generation’s job is to move it forward.

AS: From my conversations with white people, I started to notice that for a lot of white progressives in general, there’s a fear of integration on a social level, or even just getting involved in organizing: “I don’t want to say the wrong thing. I don’t want to take up space, or I don’t know what to do. So I would just rather not do it at all.” From your perspective, what does effective organizing with BIPOC communities look like? And what does effective organizing with white communities look like?

CM: For me, it’s deeply relational. I have friends who are women of color and Black women who I am in friendship with, and they have invested a lot of time and energy and grace with me. And my racism has totally showed up in our relationship, and they have had to say, “Hey, that was messed up, this is why that’s racist,” and I had to freak out, walk around the block, think it through, and then be like, “Okay, I’m seeing what you’re saying, I want to repair.”

Then, for white people, I have a friend called Garrett Bucks who started this thing called the Barnraisers Project that’s about white people organizing with each other, and I learn from him how to be loving in my relationships, specifically with other white people.

I think for those of us who want to be anti-racist, we really get messed up around our own righteousness and get stuck in a hierarchy. We’re like, “Well, I’m not like that white person,” and we collect all of our friends of color like, “See, I’m over here with you guys. I’m not one of the bad white people.” And that’s not good for anyone.