Barnard College has announced the appointment of three new members to its Board of Trustees.

The Trustees of Barnard College are responsible for the overall governance of the College, including oversight of strategic direction and large-scale programmatic initiatives, approval of the budget and stewardship of the endowment.

“My fellow Trustees and I are delighted to welcome Sherif, Daphne, and Ramona to the Board,” said Cheryl Milstein ’82, P’14, who was elected chair of the Board in June 2018. “Our incoming trustees will bring valuable new ideas and perspectives to the table as we engage in the ongoing work of guiding Barnard’s future.” 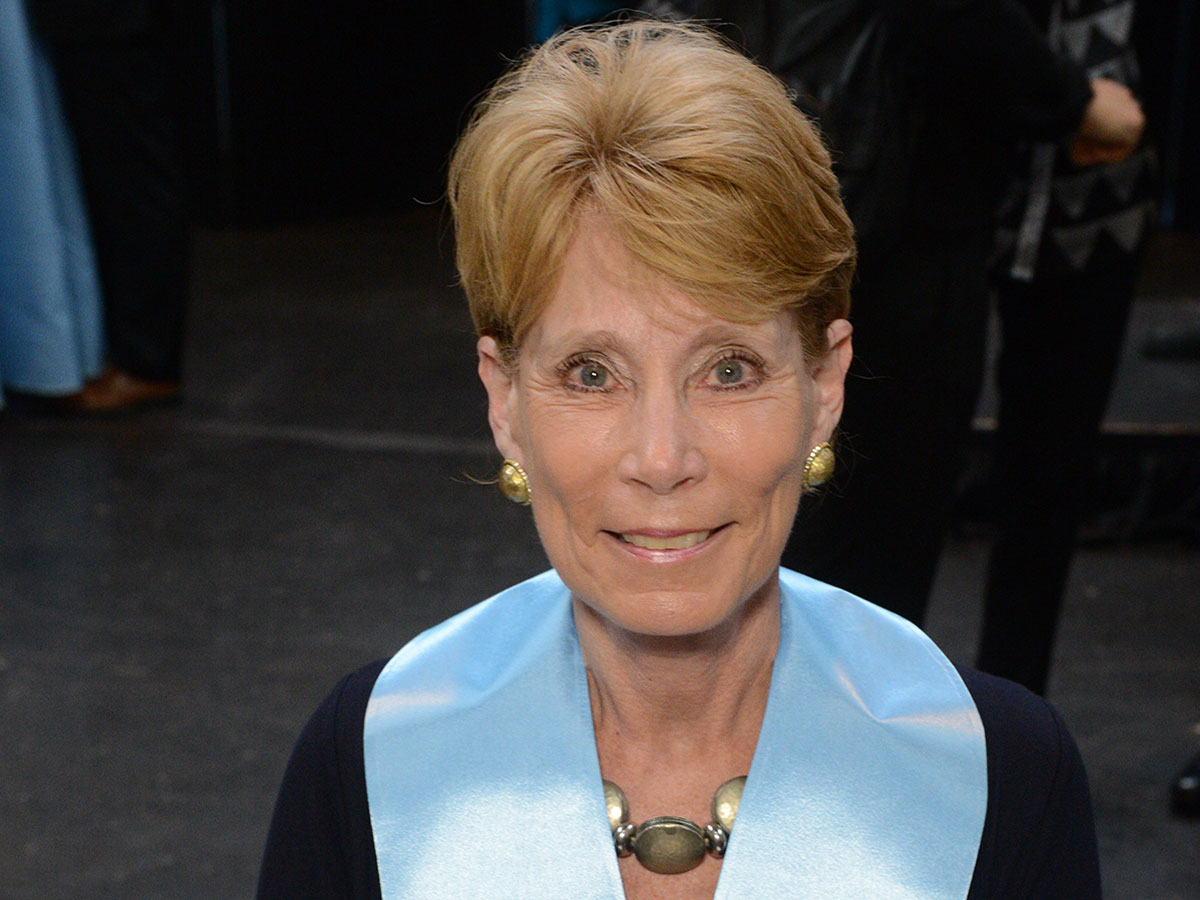 Daphne Fodor Philipson ’69 was a transfer student to Barnard from Skidmore College and graduated from Barnard in 1969 having majored in European History. She received an MBA from the Columbia University Graduate School of Business in 1974 and is a Certified Public Accountant in New York State. She worked at the Department of Housing and Urban Development directly after graduating from College and later worked at the accounting firm of Coopers and Lybrand and ITT Corporation's world headquarters in New York where she was the first woman to be hired to work in the Consolidation Department. After ten years at ITT, she joined the firm of E.M Warburg Pincus & Co as an associate and ultimately became a partner working with the investors of their private equity funds.

She retired from her working career in 1999 and became a member of the Board of Planned Parenthood Hudson Peconic serving on both the healthcare services board and the political action fund board. She served as Board Chair for two terms and is currently a Board Member Emerita. She has worked with Barnard as a founding member of Project Continuum, Chair of the Annual Giving Fund and a founding Director of the Athena Center for Leadership. She is  also her Class Fundraising Chair. In 2015 she received the Columbia University Alumni Medal for Distinguished Service.

Daphne is honored to be a member of the Board of Trustees and looks forward to working with the Board to support her wonderful Alma Mater. 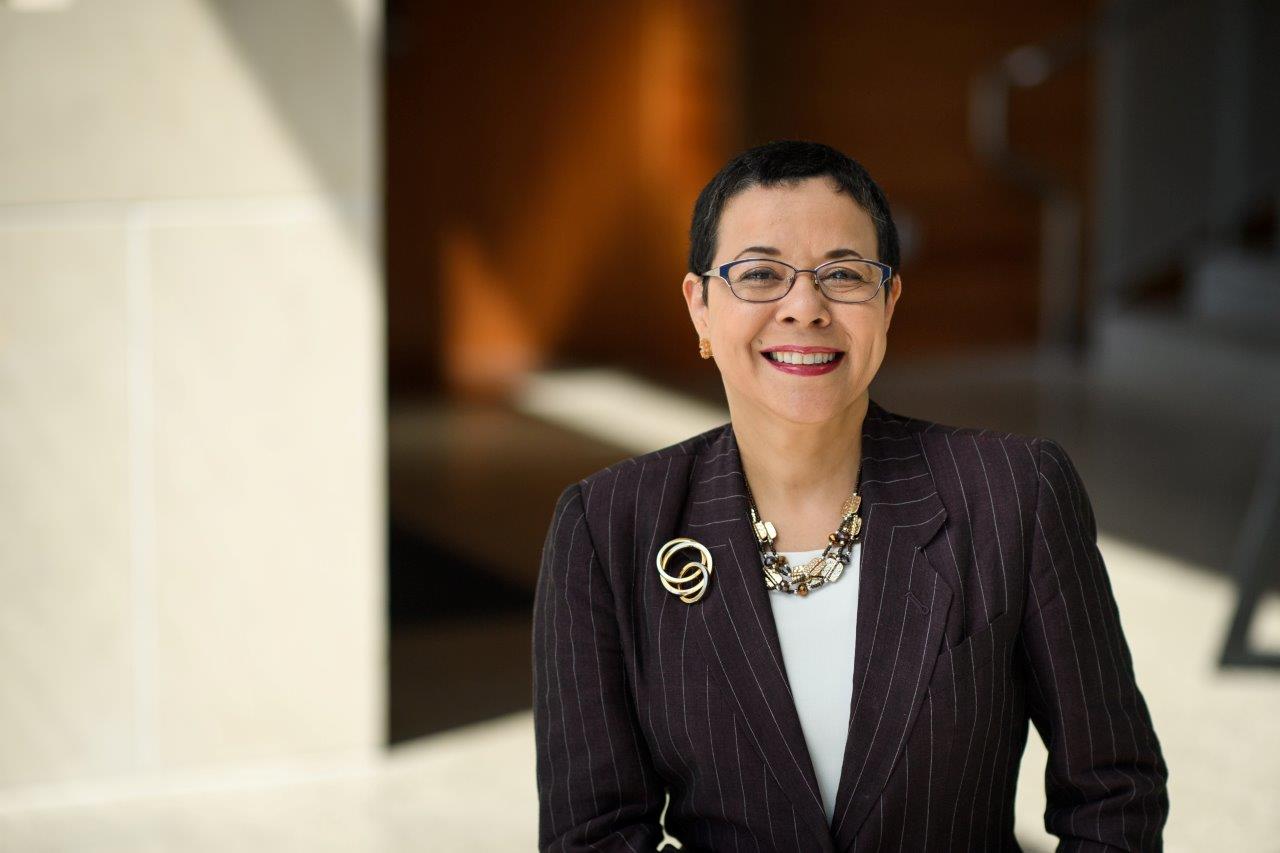 Ramona Emilia Romero ’85, is the General Counsel of Princeton University.  Before joining the University’s senior leadership team in 2014, Ramona served as the General Counsel of the U.S. Department of Agriculture, a position to which she was nominated by President Obama and confirmed by the U.S. Senate.  Earlier in her career, she worked at the DuPont Company in a variety of legal roles, and as a litigator at Crowell & Moring LLP in Washington, DC.  Ramona, who joined her mother in New York City at age 11, has publicly credited the extraordinary education she received at Barnard --thanks to the College’s commitment to need-blind admissions and financial aid -- with changing the trajectory of her life.

While at Barnard, Ramona served in numerous student leadership roles that culminated in the presidency of the Student Government Association during her senior year.  The service ethos she acquired at Barnard has remained evident throughout her career.  In addition to serving as a Barnard trustee, she is currently a trustee of the McCarter Theatre Center, a director of Greater Trenton, Inc., and an elected member of the American Law Institute.  Her prior volunteer service includes the boards of The Justice at Stake Campaign, the American Red Cross of the Delmarva Peninsula, and the American Constitution Society for Law and Policy, as well as the Advisory Committee of The O’Connor Judicial Selection Initiative at the University of Denver.  She is a former National President of the Hispanic National Bar Association (HNBA), and founded the HNBA’s Commission on the Status of Latinas in the Legal Profession.

Ramona has been widely recognized for her leadership, community service and advocacy for diversity and inclusion.  For example, she has received the Virginia S. Mueller Outstanding Member Award from the National Association of Women Lawyers, the Platinum Award from the New Jersey Women Lawyers Association, The Hon. Sylvia H. Rambo Award from Dickinson Law School, and the Lucero (“guiding star”) Award from LatinoJustice PRLDEF.  Hispanic Business Magazine has twice identified Ramona as one of the 100 most influential Hispanics in the United States.

After graduating from Barnard with a B.A. in political science, Ramona earned her J.D. from Harvard Law School.  She, her husband and their two daughters live in Princeton.