The College and Its Mission

One of the most selective academic institutions in the nation, Barnard is devoted to empowering young women to pursue their passions.

Barnard College aims to provide the highest-quality liberal arts education to promising and high-achieving young women, offering the unparalleled advantages of an outstanding residential college in partnership with a major research university. With a dedicated faculty of scholars distinguished in their respective fields, Barnard is a community of accessible teachers and engaged students who participate together in intellectual risk-taking and discovery. Barnard students develop the intellectual resources to take advantage of opportunities as new fields, new ideas, and new technologies emerge. They graduate prepared to lead lives that are professionally satisfying and successful, personally fulfilling, and enriched by a love of learning.

As a college for women, Barnard embraces its responsibility to address issues of gender in all of their complexity and urgency and to help students achieve the personal strength that will enable them to meet the challenges they will encounter throughout their lives. Located in the cosmopolitan environment of New York City and committed to diversity in its student body, faculty, and staff, Barnard prepares its graduates to flourish in different cultural surroundings in an increasingly interconnected world.

The Barnard community thrives on high expectations. By setting rigorous academic standards and giving students the support they need to meet those standards, Barnard enables them to discover their own capabilities. Living and learning in this unique environment, Barnard students become agile, resilient, responsible, and creative, prepared to lead and serve their society. 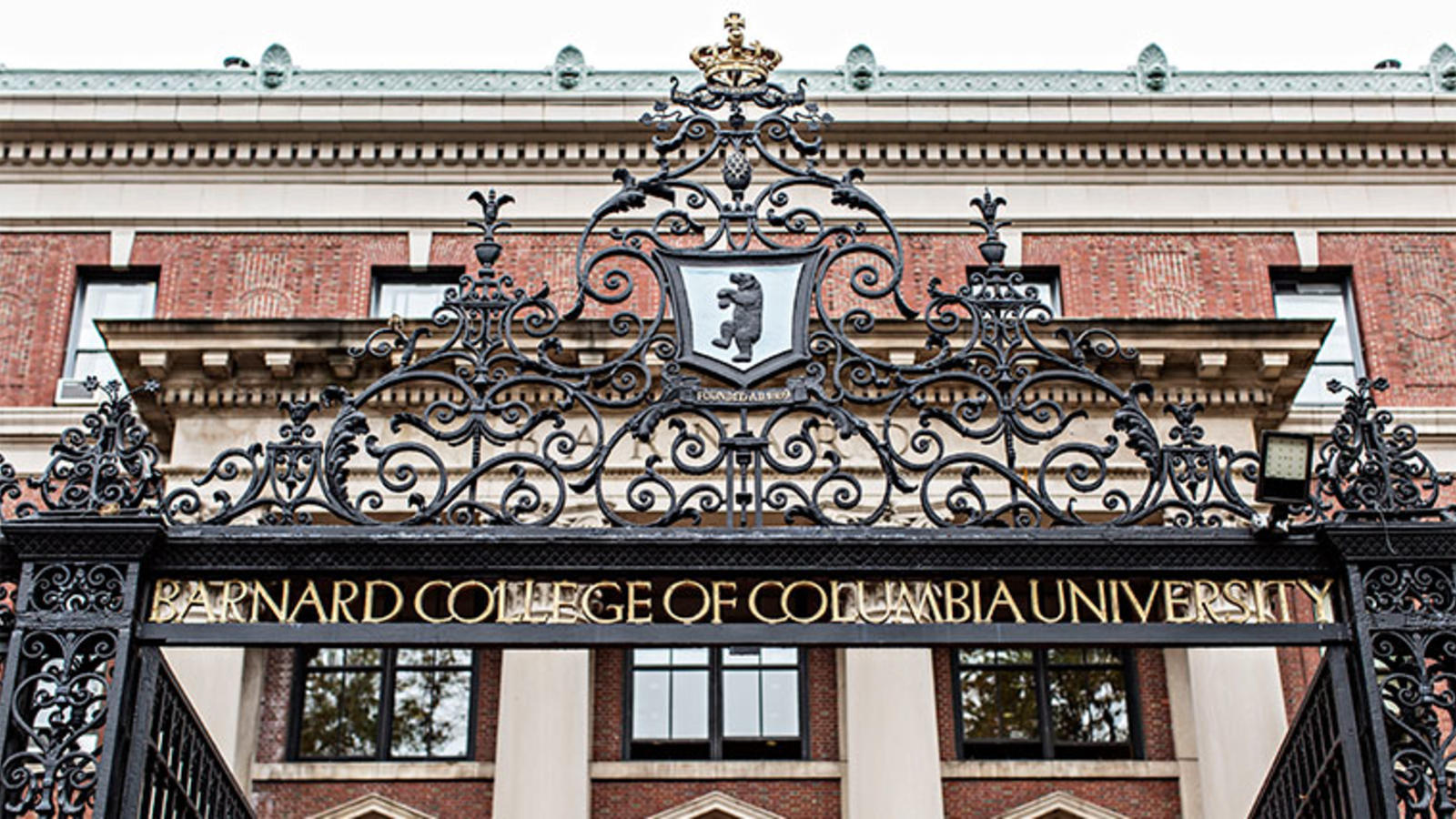 Barnard is committed to fostering STEM as a critical component of the liberal arts, health and wellness, social mobility and access, and lifelong success.

Learn more about our academic offerings

Barnard College by the numbers

Founded in 1889, Barnard was the only college in New York City, and one of the few in the nation, where women could receive the same rigorous and challenging education available to men. The College was named after educator, mathematician, and 10th president of Columbia College Frederick A.P. Barnard, who argued unsuccessfully for the admission of women to Columbia University. The school’s founding, however, was largely due to the rallying efforts of Annie Nathan Meyer, a student and writer who was equally dissatisfied with Columbia’s stance and staunchly committed to the education of women. She joined forces with a small group of her peers to petition the University Trustees for an affiliated, self-sustaining liberal arts women’s college. In two years, she accomplished what she had set out to do.

Barnard’s first class met in a rented brownstone at 343 Madison Avenue, just blocks from Grand Central Station; there were six faculty members and 14 students in the School of Arts. Nine years later, the College moved to its current site in Morningside Heights. One of the original Seven Sisters colleges, Barnard was, from the beginning, a place that challenged women intellectually.

In 1900, Barnard was included in the educational system of Columbia University, with provisions unique among women’s colleges: It was governed by its own trustees, faculty, and dean and was responsible for its own endowment and facilities, while sharing the instruction, the libraries, and the degree of the university.  In 1983, when Columbia College went co-ed, as Frederick A.P. Barnard had wanted more than a century before, one might have thought Barnard would easily be subsumed. Instead, then-President Ellen Futter fought for the College to remain independent and worked toward a new and lasting agreement with Columbia in light of their decision to admit women.

Today, under President Sian Leah Beilock, Barnard’s place in higher education is undeniably strong. Over the course of over 130 years and 12 great women leaders — from winning the right to hire faculty in 1900 and the pivotal protests of 1968 to the historic admission of transgender women in 2016 and the introduction of the Francine A. LeFrak Foundation Center for Well-Being in 2020 — Barnard has continued to flourish and excel.