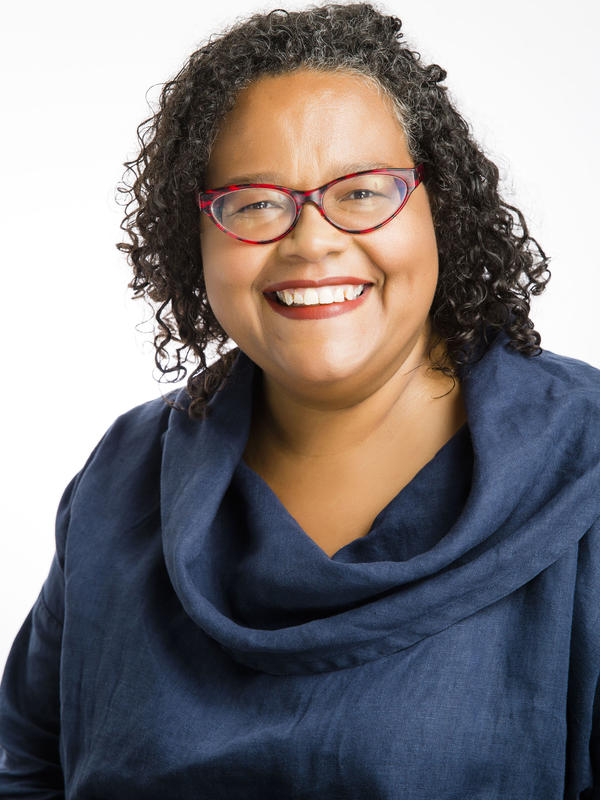 Her first book, Things of Darkness, published in 1996 by Cornell University Press, used a black feminist approach to interpret Renaissance literature and helped generate a new wave of scholarship on race in Shakespeare and Renaissance/Early Modern texts. Her second book, Othello: Texts and Contexts(Bedford/St. Martin’s Press, 2006) offers readers visual and verbal textual materials that illuminate themes in Shakespeare’s play Othello: The Moor of Venice. She is currently working on two book projects: Sweet Taste of Empire, which examines the roles of race, aesthetics and gender in the Anglo-Caribbean sugar trade during the seventeenth century and a new project, Othello was My Grandfather: Shakespeare and the African Diaspora, which discusses Afrodiasporic appropriations of Othello. She is the 2018 Sam Wanamaker Fellow for Shakespeare's Globe and will deliver a keynote address, "On Race and Genealogy: Shakespeare and the Transatlantic Struggle for Black Freedom" for the Shakespeare and Race Festival in August, 2018 and maintains the #ShakeRace hashtag on twitter for discussions of Shakespeare, race and culture.

She is noted for her collaborative approach to both learning and scholarship as well as her commitment to intellectual and professional diversity. In 2014, Barnard Library and Academic  Information Services  (BLAIS) recognized her as their Inaugural Library Partner of the Year and in 2015 she won a Tow Award for Innovative Pedagogy for The Digital Shange Project. This project uses the Ntozake Shange Collection at Barnard to produce student and faculty generated teaching materials on Barnard College alumna and feminist icon, Ntozake Shange, author of for colored girls who have considered suicide when the rainbow is enuf.

Professor Hall held the Thomas F.X. Mullarkey Chair in English, the first chair in the humanities while at Fordham University and came to Barnard College in 2006 to direct the Africana Studies program. Under her stewardship, the Africana Studies Program at Barnard conducted the college's first cluster hire, which became the center of Africana departmentalization. She developed the program’s new focus on Africana Gender Studies and co-edited with Christine Cynn, Rewriting Dispersal: Africana Gender Studies. She also directed the college’s Middle Passage Initiative, which gives students opportunities to engage in dialogue across the Atlantic about the history of the Middle Passage and the literary response to that history. Under the auspices of that project, she led student trips to Accra, Ghana and Charleston, South Carolina.

She is a past chair of the Shakespeare Division of the Modern Language Association and a former Trustee of the Shakespeare Association of America.  Professor Hall has won several prestigious fellowships, including a National Humanities Center Fellowship; a  Fellowship at the Schomburg Center for Research in Black Culture; an NEH fellowship at the Newberry Library in Chicago; and an ACLS fellowship.  She was named one of 25 "Women Making a Difference in Higher Education and Beyond" by Diverse Issues in Higher Education for 2016 and Alumnae of the Year for Hood College in 2018.  She is also an avid quilter who was named “Quilter of the Month” at the Seminole Sampler Quilt Shop in Baltimore, Maryland.

Moderator, "Celebrating Twenty Years of Quilting: The Story of Durham’s African American Quilt Circle," held at the Hayti Cultural Center and sponsored by Duke University Forum for Scholars and Publics.

"Othello was My Grandfather: Shakespeare and the African Diaspora," delivered for a Shakespeare anniversary lecture at the Folger Shakespeare Library as part of the quadricentennial celebrations in 2016.

“The Worlds of Ntozake Shange.” S & F Online. Kim F. Hall, Monica L. Miller and Yvette Christiansë, Eds. 12.3-13.1 (Summer 2014/Fall 2014) Live in July 2015.  This includes original scholarship by nationally known scholars as well as the videos, "Her Pen is a Machete: The Art of Ntozake Shange" and "Moving Across Disciplines and Genres: Teaching Shange."

“’Use Words, Not Your Body’: The hunger that has no name,”  Women and Performance: a Journal of Feminist Theory 18:2 (2008):  169-180. Nominated for the Association for Theatre in Higher Education (ATHE) Outstanding Article Award.

Faculty Partner of the Year: Exhibit and Plaque

BLAIS staff have installed an exhibit and "perpetual plaque" to honor Faculty Partner of the Year award winners.

Through the Gates: What's on Your Plate

Food for Thought from Faculty Experts

"I am very pleased that the department and the College has seen fit to put me in Lucyle Hook's shoes, as it were, because she had a formidable presence while she was at Barnard," says Kim Hall, professor of English. Hall recently assumed the newly endowed Lucyle Hook Chair in honor of this beloved English faculty member, a scholar of seventeenth-century literature and drama who passed away in 2003 at the age of 102. "I feel a kind of kinship [with her]," says Hall, citing Hook's scholarly interests as well as her love of international travel and dedication to women's issues.