At the Venice Architecture Biennale, Professor Ignacio G. Galán turns the restroom into an opportunity for dialogue 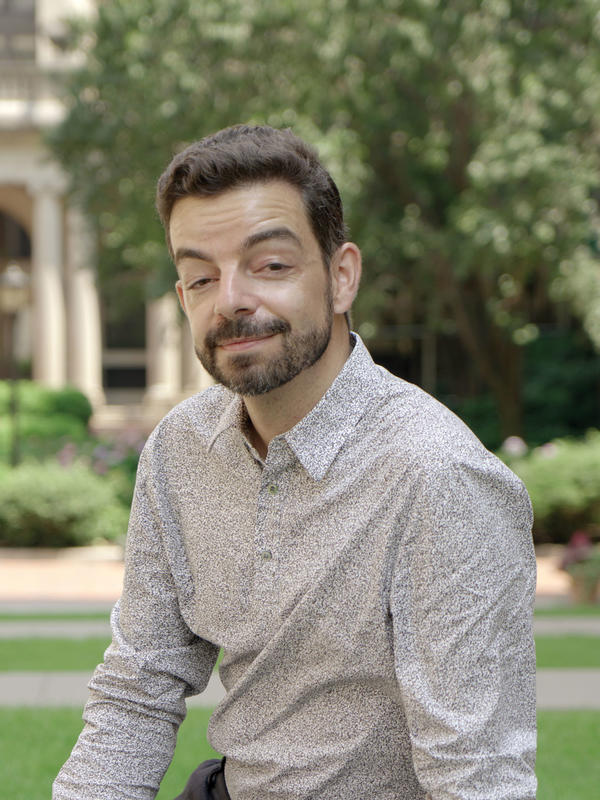 Venice, a city known for its stunning architecture, winding canals, and Murano glass, is rarely, if ever, thought of for its bathrooms. But that’s exactly the focus of a two-part project, “The Restroom Pavilion” and “Your Restroom Is a Battleground” — designed by Barnard architecture professor Ignacio G. Galán and colleagues — at this year’s Venice Architecture Biennale.

Questions of who gets to use public space are not unusual fodder at the biennale, which showcases international research as well as built and speculative projects by architects from around the world. But architects presenting at the biennale generally rely on models, installations, renderings, text, photos, and sculptural concepts to convey the essence of architecture. So a project centered on a functioning restroom was a novel approach for the biennale. Visitors actually used it, making the pavilion true architecture, not merely a stand-in.

For Galán, the effort flipped the script on his usual way of working. He’s not an architect solely focused on building buildings, he’s a historian and theorist exploring how architecture is steeped in politics and social issues. It’s work that surfaces in his practice [igg – office for architecture], in his scholarship, and in his course offerings. This fall, he’ll be teaching Architecture and Migration in New York, which has received funding from the Andrew W. Mellon Foundation to be part of a university series of seminars that home in on issues of “spatial inequality.”

“I find restrooms a kind of space that mediates several of my interests on the politics of architecture,” he says. “One of the areas of scholarship I’ve been working on has been migration; another area is questions of disabilities and accessibility. This project allowed me to look at how these different critical issues overlap in a seemingly banal space, along with questions of gender, race, and environmental concerns.”

Galán refers to the pavilion as a “polemic intervention,” intended to provoke conversations on issues of social justice spurred on by architecture. During his five years at Barnard, Galán says, his scholarship has encompassed architectural history through diverse media platforms and is intended to incorporate collaboration as well as to foster conversation.

The pavilion was half of a two-part presentation: one, a usable bathroom building, and the other, an installation that teased out the pavilion’s meanings. The architects titled the building “The Restroom Pavilion” and called the installation of dioramas “Your Restroom Is a Battleground.” The installation was well received, but the bathroom left some visitors perplexed — which was intended.

Upon entering the restroom pavilion — designed by Galán, Matilde Cassani, a professor at London’s Architectural Association, and critic and curator Iván L. Munuera, a visiting lecturer at Bard College — patrons were confronted with an unmarked entryway that obliged them to go left or right toward a common restroom. That split-second decision opened up a host of issues surrounding restrooms, from gender identity to who gets access to public space.

“These tensions were performed in space, since bathrooms were not just for visitors to use but also to think about,” says Galán, whose work takes the form of curatorial projects, installations, and scholarly platforms. “By getting rid of gender assignment, people could go to whatever side of the bathroom they wanted, and that became a source of confusion for some and a source of liberation for others. While restrooms are spaces characterized by different forms of segregation, they can also become spaces of freedom.”

At one point, an unwitting restroom attendant tried to clear up confusion at the gender-neutral entryway by providing assistance with boys-over-here, girls-over-there directives. Galán says that those directions sparked an impromptu conversation between the designers and the attendant and the visitors, who were surprised and intrigued by the intentions underpinning the pavilion. “Part of the role of the pavilion was precisely to have these conversations,” Galán notes.

Galán says that far from being merely utilitarian and neutral spaces, restrooms contain complex infrastructure that plays an outsized role in society that goes beyond functionality. For instance, at the pavilion, the architects used imagery on vinyl tiles to represent the sewage infrastructure that lies behind the walls and floor and transports the waste to the Venetian Lagoon. “The images on the walls provide an experience of how restrooms are tied with different ecosystems and the political stakes that are at play as a result of this relationship,” says Galán.

By getting rid of gender assignment, people could go to whatever side of the bathroom they wanted, and that became a source of confusion for some and a source of liberation for others. While restrooms are spaces characterized by different forms of segregation, they can also become spaces of freedom.

The second part of the project, a “research station” called “Your Restroom Is a Battleground,” was set in an exhibition gallery and featured a series of dioramas that delved into the issue of gender-neutral bathrooms alongside matters concerning disabilities, race, religion, and sustainability — to name a few of the issues. The architects mapped out seven case studies in the dioramas that stylistically appeared as though a 3D graphic novel met an uber-hip dollhouse. In creating the dioramas, Galán, Cassani, and Munuera were joined by Joel Sanders, director of post-professional studies at the Yale School of Architecture.

The theory behind the pavilion’s purpose was examined via several high-profile controversies that informed the dioramas’ subject matter. The real-life examples portrayed included the case of the North Carolina high school where the local school board prevented a transgender student from using the boys’ restroom. (After lower courts ruled in the student’s favor, the Supreme Court refused to take up the case, paving the way for future transgender students to use the restroom that corresponds to their gender identity.)

Another diorama was inspired by the case of two Black men in Philadelphia who were arrested for allegedly trespassing after being refused access to a Starbucks bathroom before buying coffee — displaying the racist biases regulating who gets access to specific spaces.

“These battlegrounds are unfolding in different parts of the world and represent instances of how architecture participates in defining the ways we coexist, ” Galán says. “We didn’t necessarily want to solve or foreclose the conversation on what the best bathrooms could be; we wanted to unveil certain concerns and trigger conversations around them, and that’s what happened.” The Venice Architecture Biennale runs through November 21, 2021. 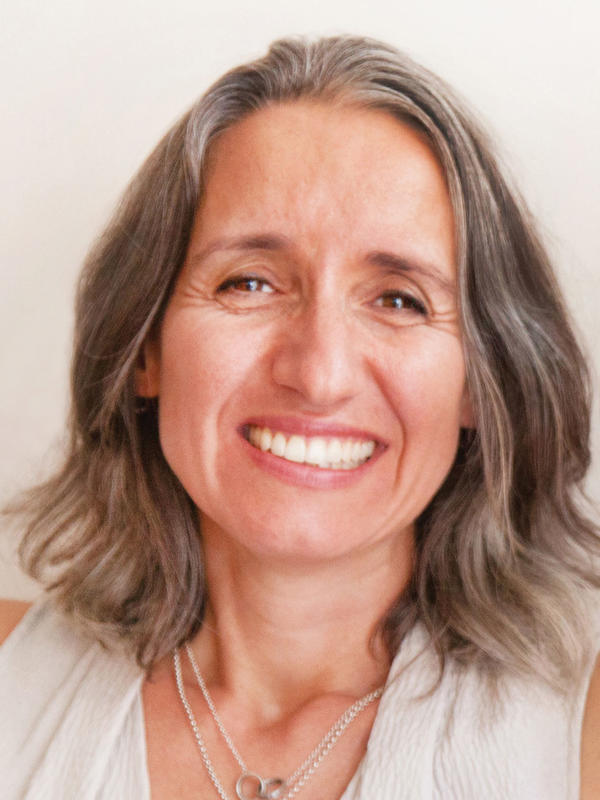 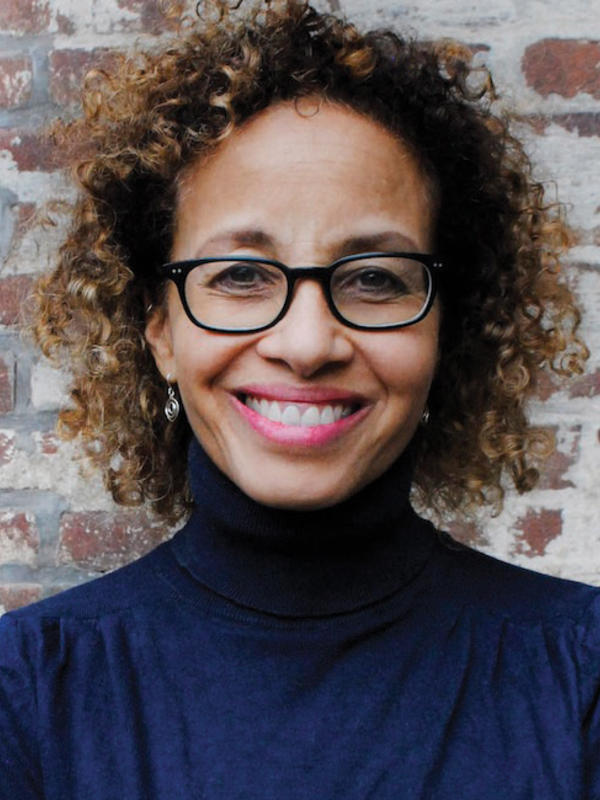 Barnard’s faculty is engaging first-year students in a dialogue about today’s most pressing issues. 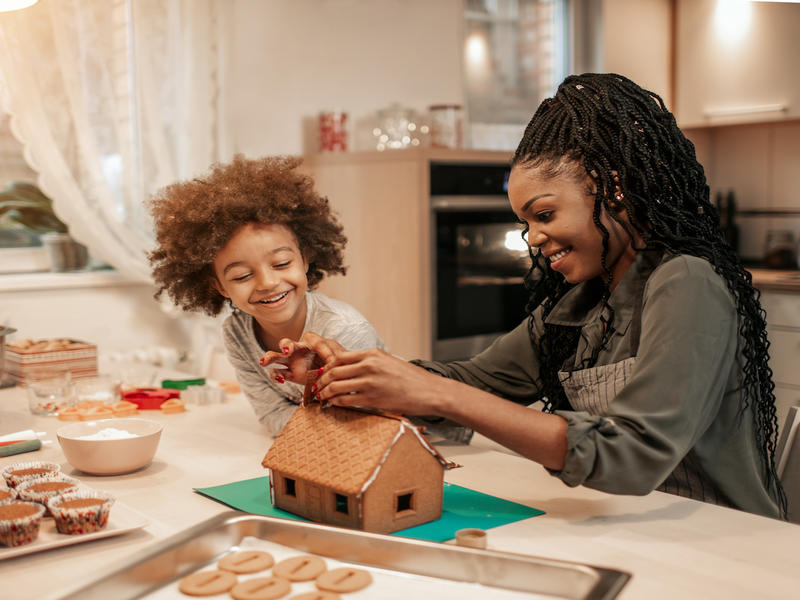 A Parent’s Guide to Celebrating the Holidays During the Pandemic

Tovah Klein, director of the Barnard Center for Toddler Development, offers parents helpful tips on how to create meaningful experiences this holiday season