For the inaugural lecture in Barnard’s Big Problems: Making Sense of 2020 course, Gay called on students to change the world by facing what’s become of it.

To change the world, we need to face what has become of it. 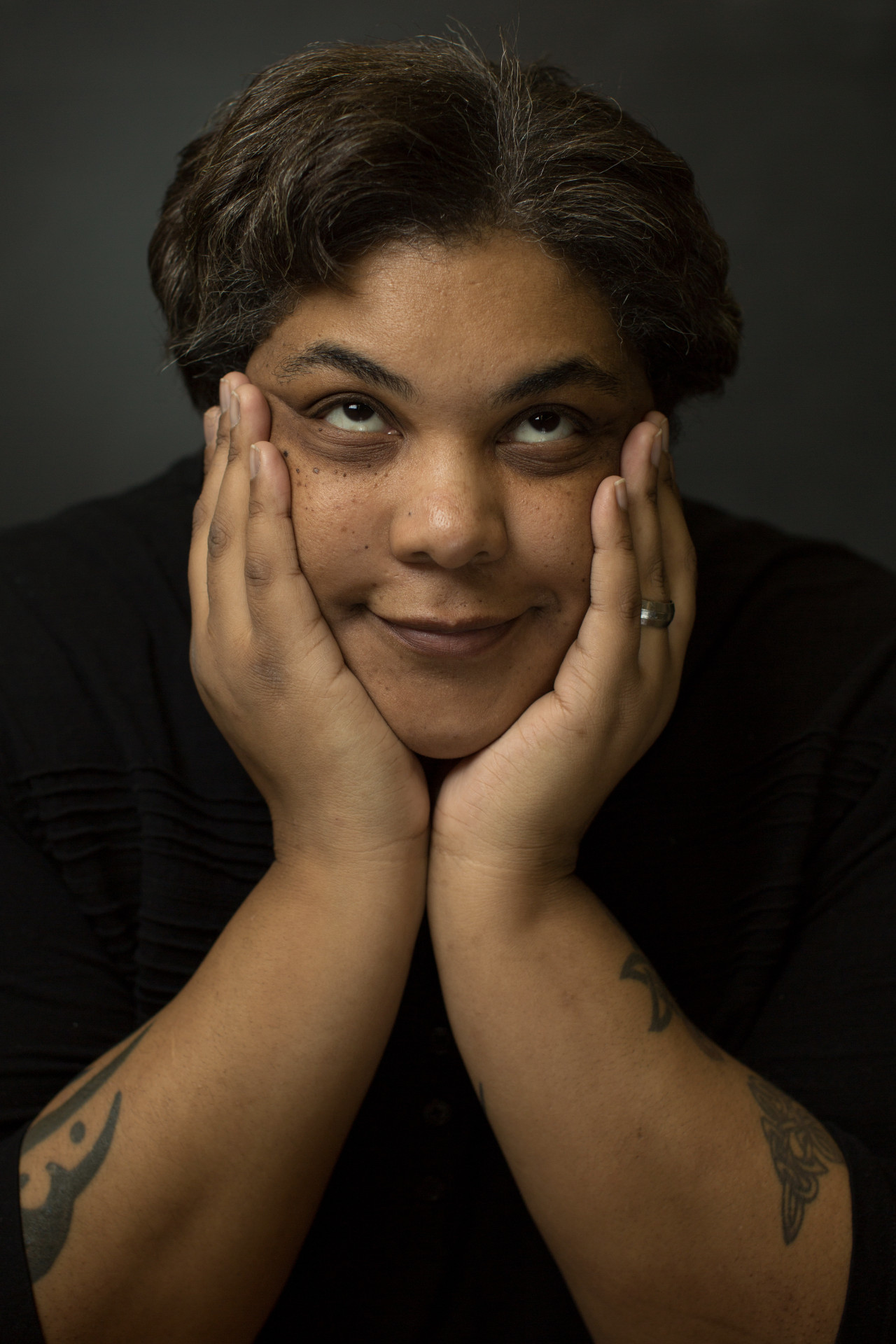 “How did we get to this place, and how do we move beyond it?” Roxane Gay asked as she began her virtual lecture on September 18, the first of a series sponsored by Barnard College’s new course, Big Problems: Making Sense of 2020. Big Problems was created for first-year students to help them process and analyze the most pressing issues facing society today, from the pandemic to protests. The virtual lectures, which are open to the entire Barnard community, offer different lenses through which the current global crisis can be viewed.

Roxane Gay is an author, cultural critic, and the co-host of a weekly Black feminist podcast called Hear to Slay, with Tressie McMillan Cottom. Since the publication of her debut novel, An Untamed State (2014), which was longlisted for the Flaherty-Dunnan First Novel Prize, Gay has continued to publish unparalleled works of writing. Her collection of essays, Bad Feminist (2014), is recognized as an essential work of feminist thought. Gay is also a contributing op-ed writer for The New York Times, the co-founder of PANK Magazine, and the editor of Gay Magazine, among many other literary contributions.

For her lecture, Gay dove into the state of the world today and discussed how to implement real change. Gay opened with an incisive assessment of some of the most important issues impacting communities across the country, including the COVID-19 pandemic, police brutality, and the shifting discourse surrounding diversity and equity in the workforce. Her lecture examined the lived experiences of college students, faculty, and staff as well as her own experiences as a Black woman in academia, underscoring the shortcomings of the mainstream momentum for diversity in higher education. Her commentary was as insightful as it was stark. “This is a terrible story,” Gay acknowledged.

“To change the world, we need to face what has become of it,” Gay said. Citing the ongoing protests in the wake of George Floyd’s death at the hands of Minneapolis police and for the Black Lives Matter movement at large, she emphasized that the protests this year were the result of people from all backgrounds “recognizing what is at stake” and that “there is an urgency in this moment that cannot be ignored.”

Gay challenged viewers not to disengage because of feelings of despair and hopelessness. She focused on the kinds of changes that are needed to move toward a reality that is different from and better than the current reality. The goal, Gay said, is not to achieve utopia but to put in the hard and uncomfortable work to enact change and “rise to the occasion.”

Read more key thoughts from the lecture thoughts below:

On recognizing the reality of current events and embracing the future:

“I think that the most important thing to take from ‘Remember, No One is Coming to Save Us’ [Gay’s New York Times op-ed on racism, police brutality, and the COVID-19 pandemic] is that we have to do that work ourselves. It feels pretty hopeless to say that, but it wasn’t intended as such. It was intended as a call to action, recognizing that there is no sort of grand hero that is going to swoop in and make everything okay.”

On how people with privilege can engage in conversations in more meaningful ways:

“One of the first things we need to do is de-center ourselves. So many privileged people think that it’s enough to be aware that not everyone has privilege. And if you do that, [you think] ‘Oh, I’ve done the work.’ No. You have to de-center yourself and cede your platform to other people and do so in a noncondescending way. You see a lot of people talk about how ‘I want to help the voiceless find their voices.’ No you don’t, because no one’s voiceless. You really have to rethink how you approach any of this, and say, ‘I want to stop using my voice so that someone else can.’ I think when we start to step back and de-center ourselves, a lot of good can come from that.”

On implementing concrete ways to combat racism through policy changes:

“I would start with reparations. I think until this country acknowledges the original sin and makes amends for it, nothing we do with regards to racism will matter. The 1619 Project that was led by Nikole Hannah-Jones has really gotten a lot of historians in their feelings, because it posits that racism and the ills of racism can be traced back to 1619 and the beginning of the trans-Atlantic slave trade. There are some flaws with their work, but they’re right. Pretty much every problem that Black people deal with today, and people of color more broadly in the United States, can be traced to slavery. And until we have a real reckoning with that, and until material recompense is made, until reparations are not only cutting people a check — which is a start — but until we address how Black people have been discriminated against in terms of housing, healthcare, education, and safety, we’re never going to have a real reckoning. So we have to start with that.”