Through The Gates: Career Due Dilligence 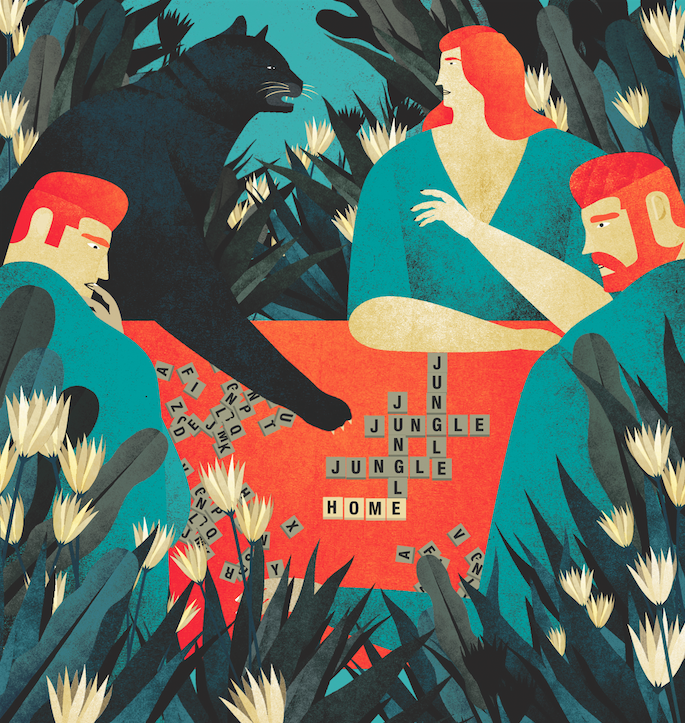 “My twenties were a wasteland,” says Sallie Krawcheck. It’s late February; she’s speaking at a Power Talk sponsored by Barnard’s Athena Center for Leadership Studies. Setting the stage, Krawcheck tells of how she arrived in New York after graduating from the University of North Carolina with a journalism degree. Her first job was in investment banking, and she hated it. (“Talk about gender discrimination! It was rampant and it was awful. I mean, hostile.”) Earning an MBA from Columbia Business School kept her away from Wall Street temporarily, but she was even more miserable once she returned. She was divorced, remarried, and a new mom, with no idea what to do next.

“I was 29 years and 10 months old, standing in my kitchen with an infant, unemployed and thinking, ‘That’s it. It’s over for my career.’ And then, boom. I had the insight so many young women have.” Her particular insight about her next move led her to become an equity research analyst.

Twenty years later, Krawcheck has seen the type of success unimaginable to most people. She rose through the research ranks, building a reputation as “the last honest analyst,” (Fortune magazine) then became a serial CEO, heading research and wealth-management divisions for some of the world’s most powerful banks, including Bank of America, Merrill Lynch, Citigroup, and Sanford C. Bernstein and Co. More recently, Krawcheck turned entrepreneur with the 2013 purchase of 85 Broads, a women’s network founded in 1997 by a group of highly successful Goldman Sachs employees. Today, it’s an online network called Ellevate, with more than 36,000 members dedicated to the economic engagement of women around the world.

Perhaps it’s easy to understand Krawcheck’s success. On a series of topics—from networking to resilience to the benefits of working with diverse teams—she speaks and answers questions with intelligence, honesty, and a passion for imparting wisdom that helps other women. Here are eight of her best pieces of advice:

1. Network, network, network.
Krawcheck’s mantra is, “Who you know is what you know.” She credits networking for every business opportunity she’s had since graduating from Columbia in 1992, and believes it to be even more essential for entrepreneurs. She got the idea to buy Ellevate after sitting on an airplane next to former Securities and Exchange Commission chair Arthur Levitt. Introducing herself, she started a conversation; Levitt eventually brought up 85 Broads. Several connections later, Krawcheck had an entirely new career. Women tend to think that networking is somehow sleazy, she says. “There’s this notion among women that, ‘If I keep my head down, people will just notice my hard work,’” says Krawcheck. “That’s not how it works.There’s no human resources fairy godmother.”

2. You will fall. But every time you fall, get back up.
As swift and significant as Krawcheck’s meteoric rise were the very public firings from high-profile positions. “I rose quickly and fell. And then I rose quickly and I fell,” she says. Her distinctions include being the only woman ever to be fired twice on the front page of The Wall Street Journal.While reorganizations are common at a senior executive level, they’re still difficult. (She was most upset that her dad, her greatest role model, had to learn about her firings on TV.) The secret to resilience is to remember that there’s not just one opportunity in life. “Somehow the popular press makes it appear as though the path is straight, there’s a story arc. It’s not like that. Every day there’s a success and every day there’s a failure.”

3. A great team has to have diversity of all kinds, including experience.
Successful managers should embrace diversity—and not just gender, ethnic, age, or cultural diversity. “You want the optimist and the pessimist, the go-getter and the jaded one who has seen it all.You need to have all of it,” says Krawcheck. Using the analogy of her favorite basketball team, the UNC Tar Heels, she explains that even a team filled with the best players will fail if they are all point guards. “If everybody’s the same, you’re not gaining anything.”

4. If we can change the companies, we can change the world.
Krawcheck calls this the golden age of the entrepreneur.With the cost of capital and technology so low, women have an opportunity to build companies that are meaningful to them.

5. Your next business connection is more likely to come from a loose connection than a close one.
Women tend to fall into the trap of confusing networking with making friends, says Krawcheck. “I am friendly with all of the people I mentioned in my network, but friends with none of them,” she emphasizes. Her stance is not necessarily about keeping business associates at bay, but about being a better networker. While you and your friends are interested in the same things, people who are two or three degrees away can expand your options.

6. Keep learning.
“Never be above learning new things, even if the new thing is Facebook or LinkedIn,” she says. “A number of women my age say, ‘I don’t get Facebook!’ You may not get it, but it’s not going away.” Krawcheck herself has more than 800,000 LinkedIn followers, and considers it essential to doing business.

7. Ask for feedback.
Women need to sit down with the boss and advocate for themselves once in awhile. “I love a ‘to-done’ list,” she says. “Brag about your accomplishments, ask for input.” And then take it without crying. Being open and responsive to feedback can lead to sponsorship, which Krawcheck says can be the difference between success and failure at work. A sponsor at Bernstein gave her, as a junior analyst, the self- confidence to publish her first negative research report, and she blames the lack of a sponsor for her firing at Bank of America. “You need that person in the room who has your back, or will speak up for you when you are not around,” she affirms.

8. Work your tail off.
There’s no way around hard work. You can get a head start finding work in an industry and/or region that’s growing, where even average performance can lead to positive numbers. Still, it takes hard work to stand out. Most importantly, she says, don’t be one of those people who tries to make the simplest things complex. “For success you need to make things as simple as possible...but not any simpler.”