Actor, writer, and filmmaker Shannon Harris ’01 reflects on her growth as an artist and leader following the release of her first short film, THREE birds. 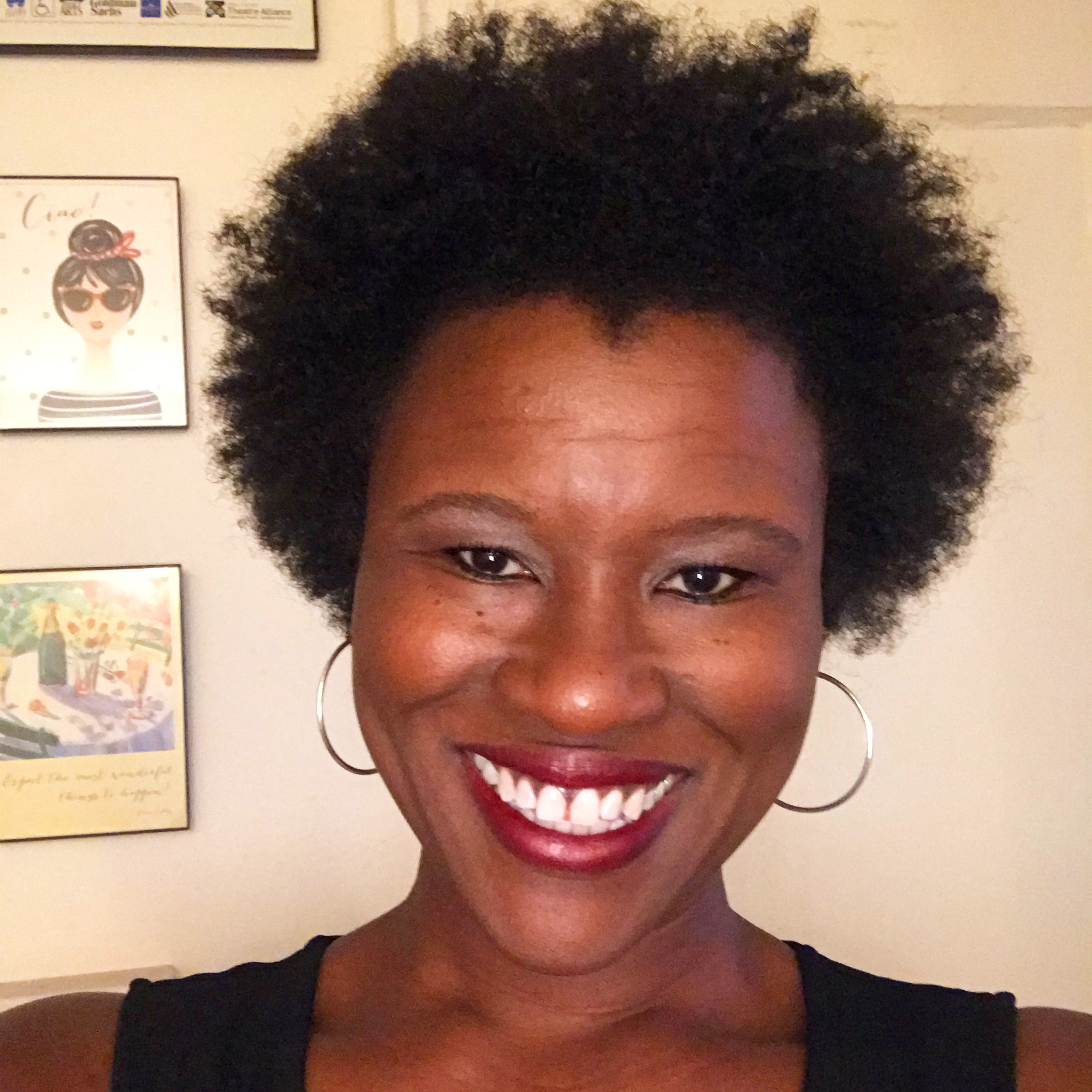 In March 2019, Barnard students may have glimpsed film equipment being set up around the halls of the Milstein Center for Teaching and Learning and the Diana Center. This was the handiwork of Shannon Harris ’01, who shot the inaugural short film for her company, Tricoastal Productions (“TCP” for short) on campus. Released that November, THREE birds — a comedy inspired by actual events — became an official selection at the Big Apple Film Festival (November 2019), NewFilmmakers NY Festival (January 2020), and the Oscar-qualifying Reel Sisters of the Diaspora Virtual Film Festival and Lecture Series (October 24-November 17, 2020). Reflecting on the journey of writing, producing, directing, and performing in THREE birds, Harris acknowledged how it strengthened her as a leader and an artist.

“Leading a team of over 20 people, while wearing multiple hats, was a gratifying adventure and learning experience,” Harris said.

View the trailer below: 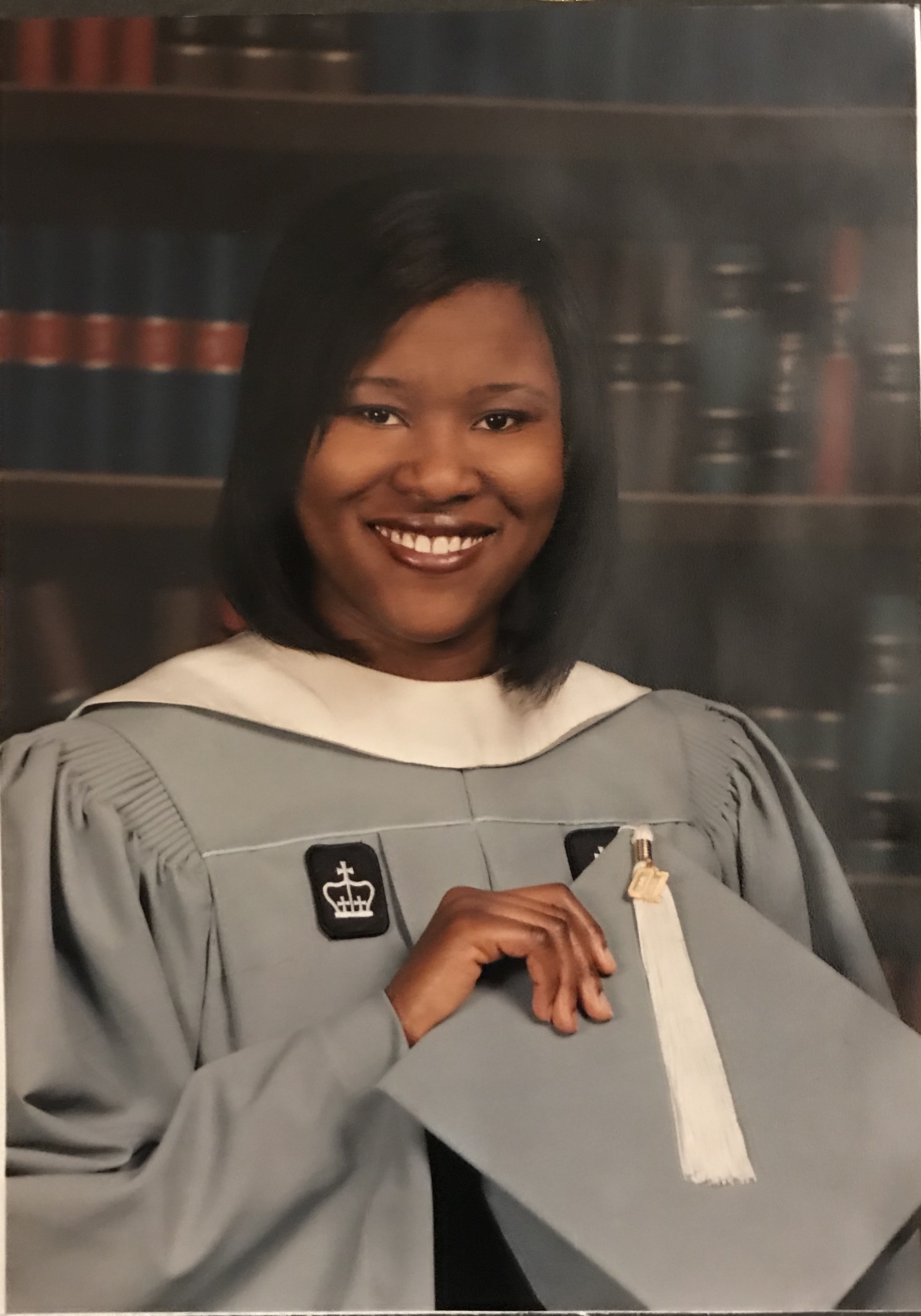 The skills she acquired while running a production company were grounded in her time at Barnard. She participated in a range of extracurricular activities from theatre productions to the student group BOSS (Barnard Organization of Soul Sisters) and considered consolidating her three main areas of interest: “At one point, I planned to design my own interdisciplinary major in English, theatre, and film,” Harris said. “All of the courses that I took in those subjects informed my career as an actor, writer, and filmmaker.”

Following graduation in 2001, having earned a degree in English with a concentration in theatre, the multi-hyphenate spent a period of time exploring opportunities behind the scenes rather than auditioning and performing. After writing and submitting her first feature-length screenplay for an Los Angeles-based writing fellowship, taking introductory filmmaking classes at NYU SCPS, and serving as a production assistant on film sets, she felt that she needed to prioritize one over the other. Harris eventually reconnected with acting in 2005, when she moved to L.A. for conservatory training at AADA-West. The two-year program culminated in what she says was one of the most meaningful roles of her career — the lady in red in for colored girls who have considered suicide when the rainbow is enuf, the revered “choreopoem” by Ntozake Shange ’70.

“For me, along with the importance of sisterhood and community support, for colored girls is ultimately about coming to know, reclaiming, and walking in one’s power,” Harris said. “Rehearsing and performing that role was a critical guidepost in my journey of ‘[finding] god in myself & … lov[ing me] fiercely,’ which became a throughline and ongoing drive in my personal and professional life. Indeed, starting my production company and making THREE birds are manifestations of my commitment to self-actualization and empowering others.”

In January 2019, she founded TCP and produced THREE birds. The venture was a significant challenge considering that, in the preproduction and production phases of the project, she juggled many “hats” along with a full-time office day job managing a hospice fellowship program. But it was a welcomed and fulfilling challenge, not just for her own career but also for the sake of others like her in the industry.

“I founded TCP to produce THREE birds with the broader mission of producing the work and amplifying the voices and stories of underrepresented artists — starting with my own, of course,” Harris said. By taking control of the means of production, Harris can make her own opportunities without permission from others.

“Film and TV industry leaders are disproportionately white and male,” Harris said. “With my company and my work, I’ve joined the ranks of women, particularly of color and Black specifically, who make the industry, from the top and throughout, more diverse, inclusive, and representative of our nation and world.”

Having complete control over filming meant that Harris dedicated many hours to the project, worked on all aspects of the filming process, funded the majority of the film’s overall budget, and led a “talented, trustworthy” team that provided the support needed to make the project a success. For Harris, the experience was an empowering feat. “Ownership and representation are important to me as a Black woman and Black woman filmmaker, particularly one from a working-class background,” Harris said.

In keeping with “paying it forward” — one of the film’s themes — Harris was “intentional about seeking members of the Barnard-Columbia community to be involved.” In addition to filming at Barnard, she cast Carolyn Kang CC’17 in a principal role and hired students Phanésia Pharel ’20 and Talia Hankin CC’22 as her first assistant directors and background actors.

Harris’s involvement with the Barnard community continued this past February, when she showed THREE birds at a Barnard career panel that featured alumnae in entertainment. When asked how to undertake a career in such a competitive field, Harris acknowledged the twisty, unpredictable path that many encounter in the entertainment industry.

“People ‘make it’ with lots of formal study and training, with none, and the full spectrum of possibilities in between,” Harris said. The idea of “making it” is, in itself, subjective and can be ambiguous. Along with optimizing the opportunities that Barnard has given them, Harris advises, students interested in the field should consider what success might mean for them and chart their paths accordingly. She recommends learning to work smart as well as hard and emphasizes the importance of being resourceful, resilient, and relentless. “Learn and grow from real and perceived mistakes and failure,” she said. “Trust that you’ll ‘get there’ — whatever that means for you.”

THREE birds is currently streaming on Reel Women’s Network and will screen during the “Trading Places” block with three other shorts by WOC filmmakers at the Reel Sisters of the Diaspora Virtual Film Festival and Lecture Series on November 1, followed by a Q&A session with Harris and peer directors. 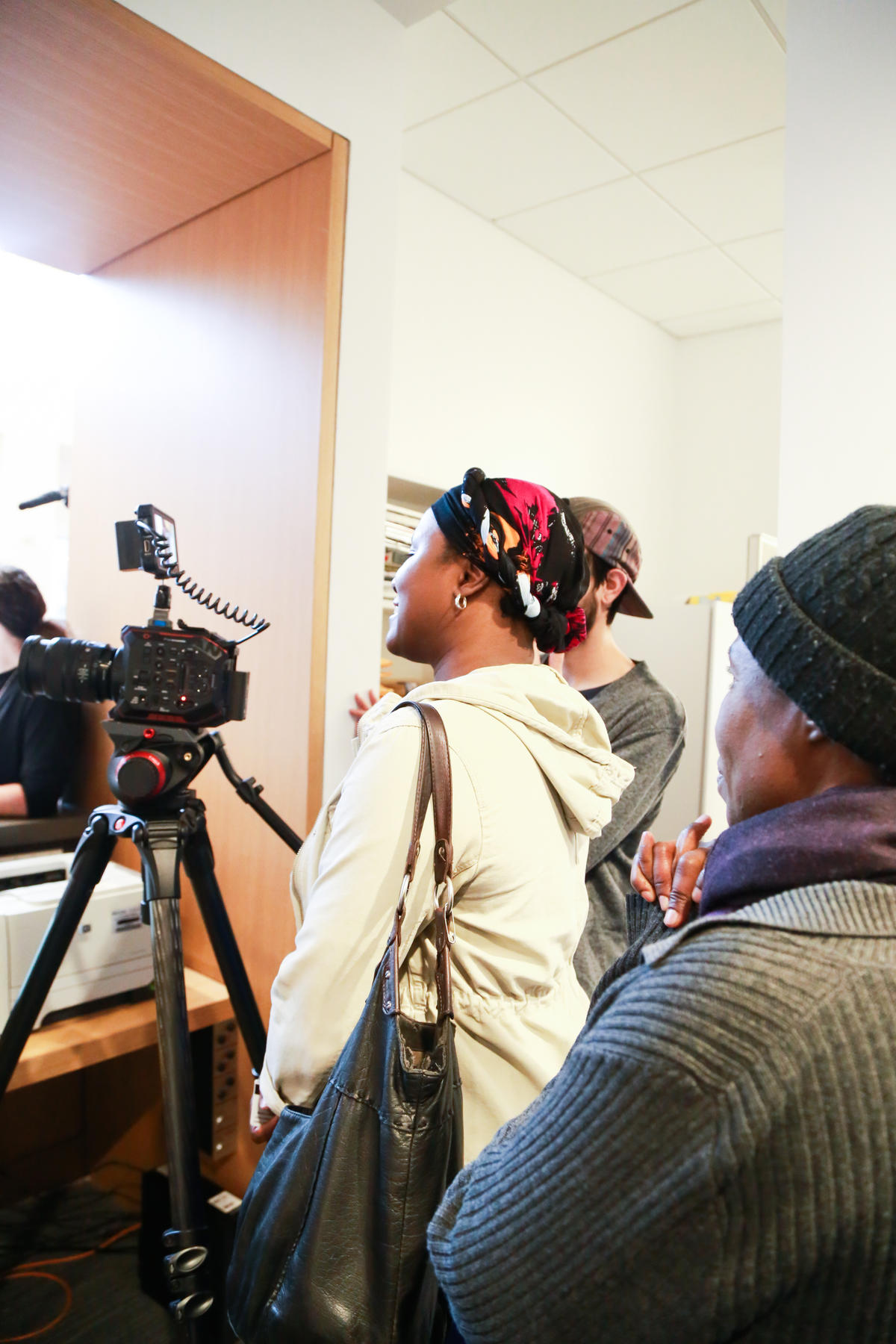 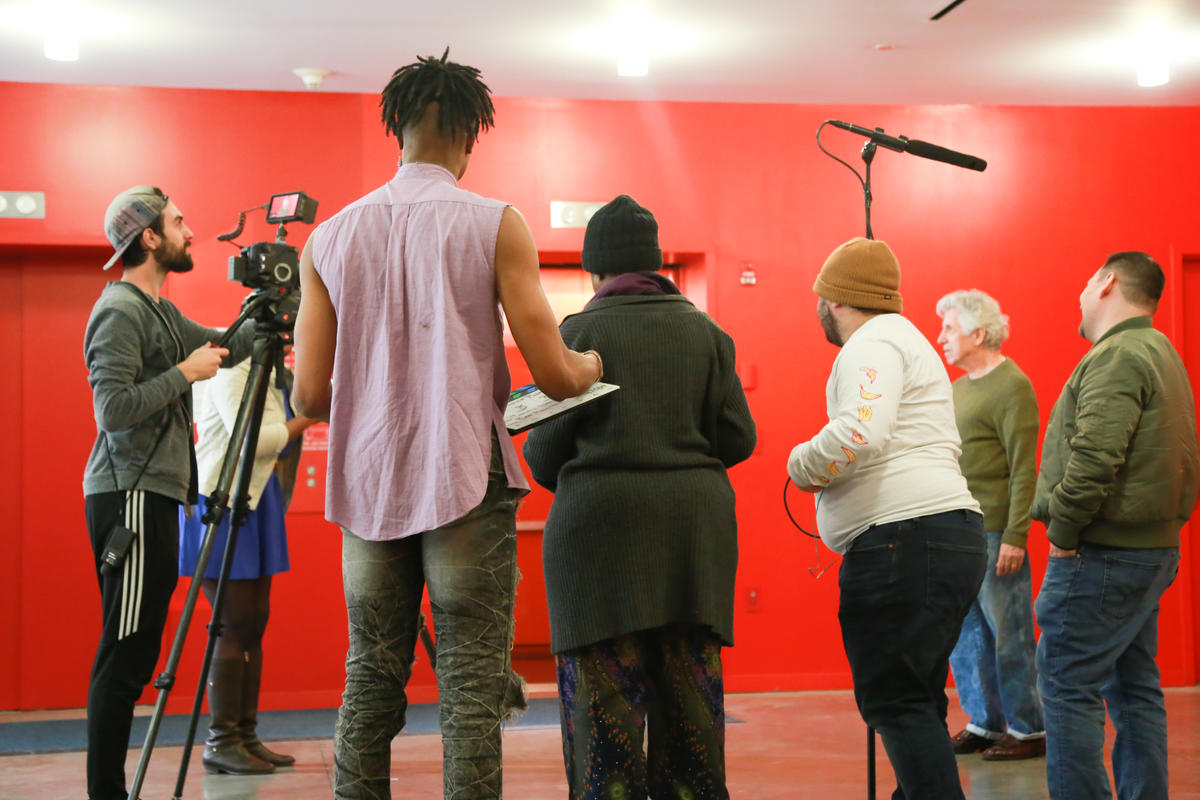 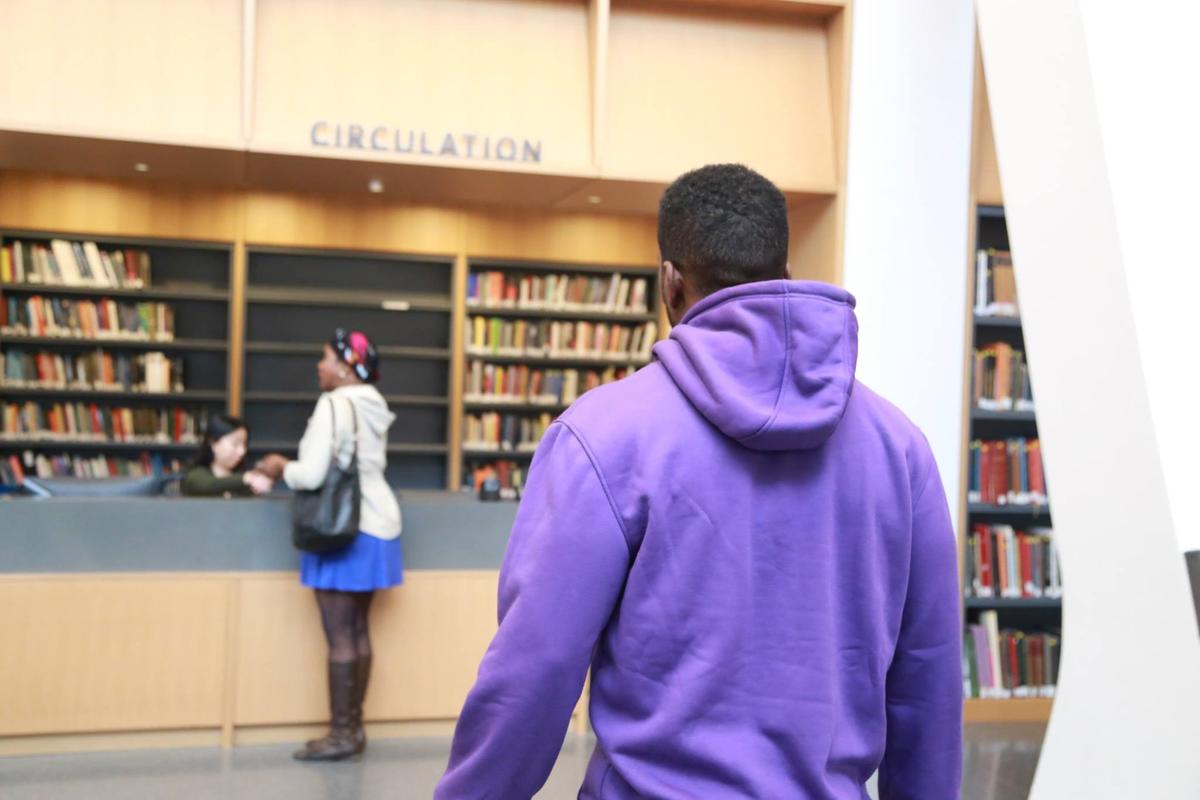 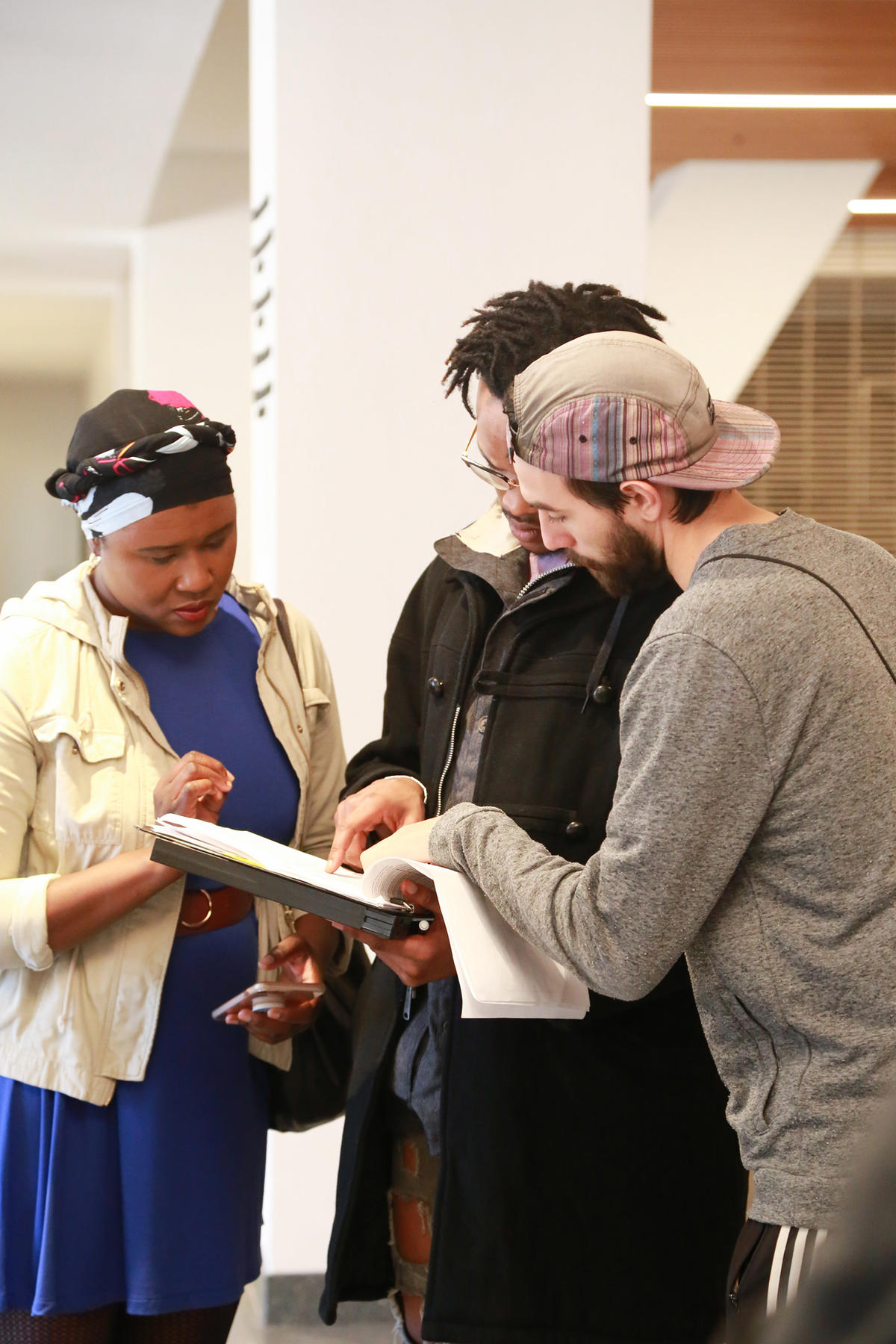 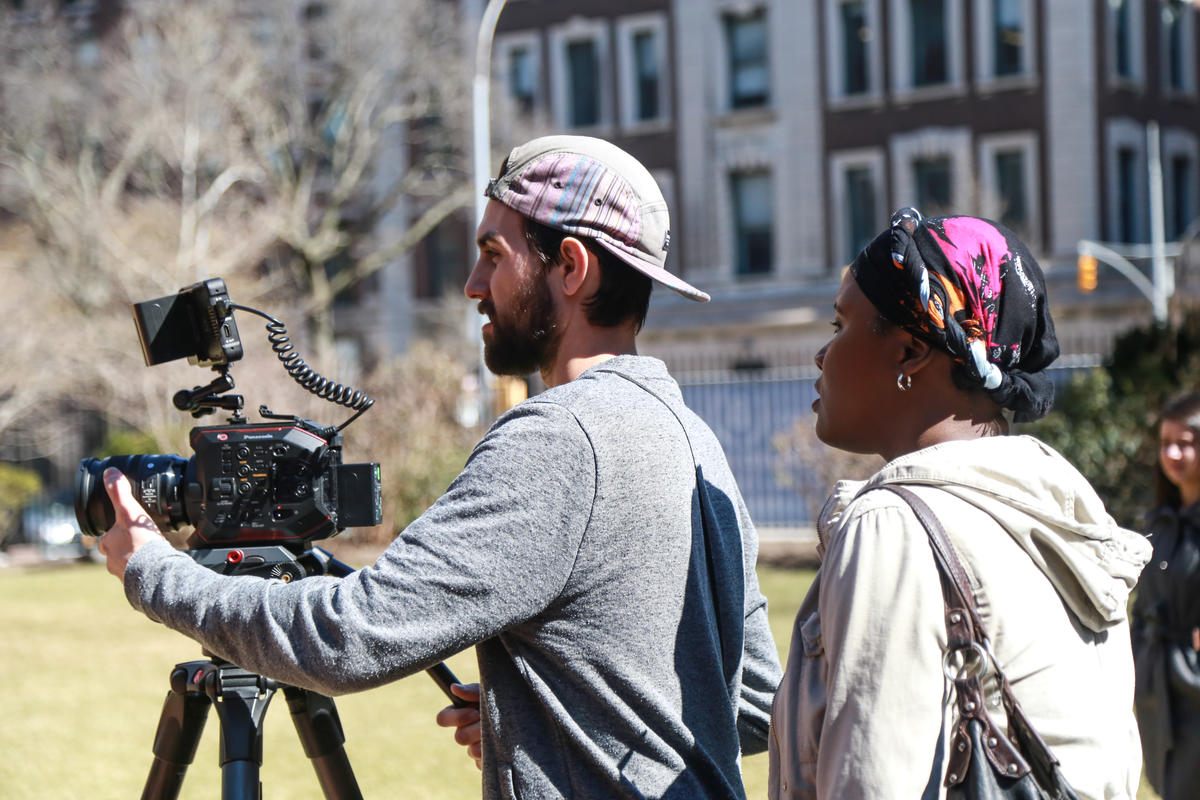 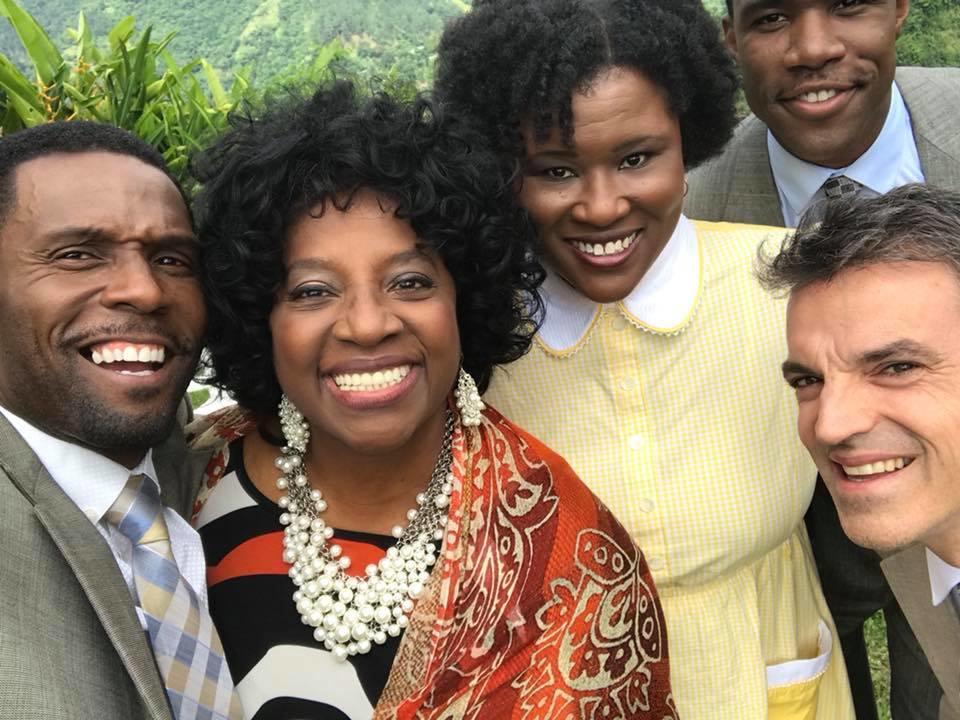 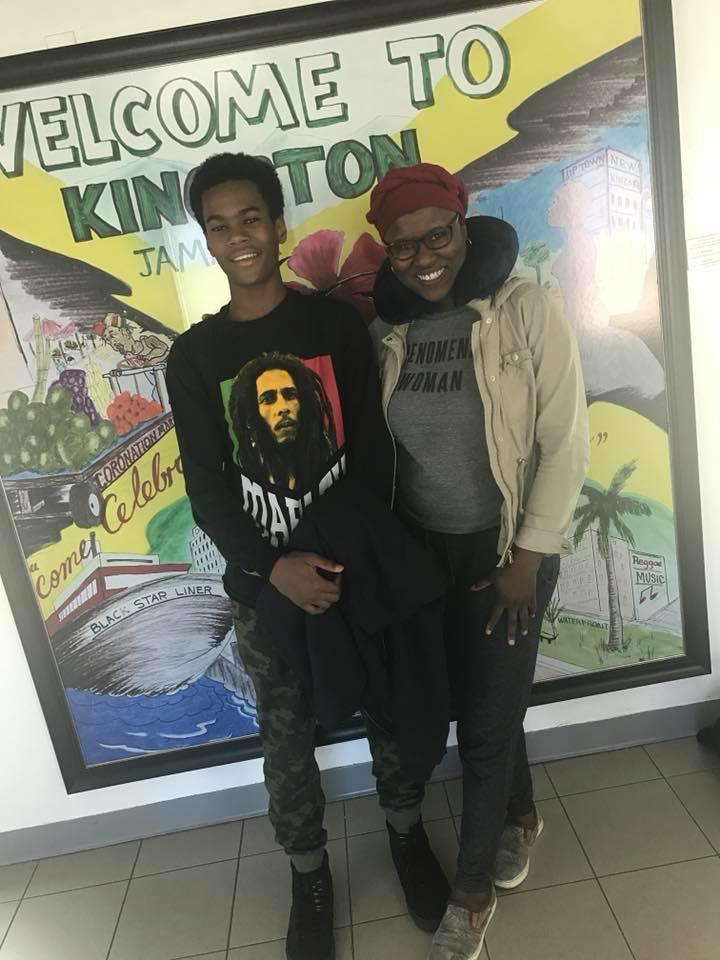 Harris (center) working behind the camera on the set of THREE birds.

Harris (far left) on the set of THREE birds in the Milstein Center.

Harris (third from left) with castmates on the set of Luke Cage in Jamaica.