With a new semester underway, the community also welcomes seven new Board of Trustees members.

My fellow Trustees and I are excited to welcome Maryam, Vicki, Doreen, Pao, Kathy, Susan, and Laura to the board,” said Cheryl Glicker Milstein ’82, P’14, who was elected chair of the Board in June 2018. “With their unique backgrounds and skills to draw upon, we will continue to chart a bright future for Barnard."

Dedicated to overseeing the overall governance of Barnard College, the Trustees collaborate on strategic direction and large-scale programmatic initiatives for the College. They are also responsible for the approval of budget and stewardship of the endowment.

"The new Trustees bring experience in a variety of areas around business, law, journalism, finance, and public service, and will help Barnard ensure it continues to be a vanguard of innovation and progress when it comes to the world class education we provide students,” said President Sian Leah Beilock. 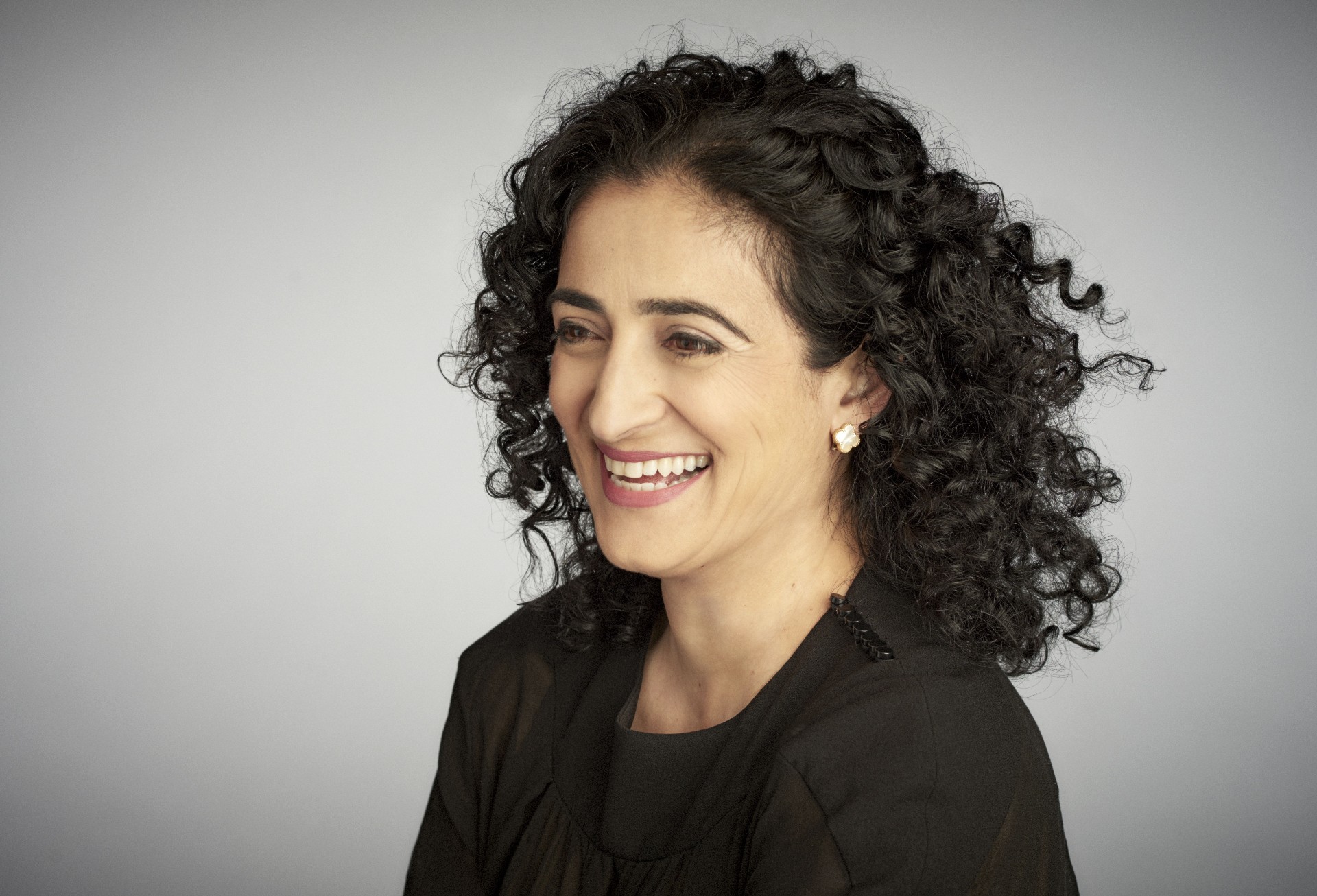 Maryam Banikarim ’89, P’21, is a former chief marketing officer who led five major businesses through sweeping transformations and top-line growth. She has made a name for herself as a purpose-driven change agent who builds communities, embraces diversity and inclusion, and builds brands that are respected and loved. Maryam captured national attention in 2018 with her viral New York Times essay on taking a “pause” at the height of her highly successful career.

In 2022, Maryam once again pivoted, joining forces with the Partnership for New York City to lead an effort to revitalize New York via her purpose-driven consultancy, MaryamB.

It was Maryam’s passion for community that drew her to Nextdoor, the neighborhood network where neighbors go to connect to the neighborhoods that matter to them so they can belong. While at Nextdoor, Maryam, who oversaw marketing, community, and the global business, was part of the executive team that took the company public (NYSE: KIND). Prior to Nextdoor, Maryam was also the global chief marketing officer of Hyatt, Gannett, NBCUniversal, and Univision. She has earned a reputation as a bold leader who drives growth, builds culture, and creates value while inspiring all stakeholders.

At the height of the pandemic, Maryam co-founded NYCNext, a grassroots volunteer movement aimed at supporting New York’s artist community and revitalizing the city. The nonprofit produced 14 live pop-ups, including A Moment for Broadway. To drive civic participation and build community, the team convened world-renowned artists for a star-studded video rendition of Billy Joel’s “New York State of Mind,” which received over 2.5B impressions, won the One Show Award, and was nominated for an Emmy.

Currently, Maryam is an independent director of One Spa World. She serves on the board of Reporters without Borders and is an advisor to Brand 50, Strawberry Frog, and Cove Hill Partners. Maryam also serves on Fast Company’s Impact Council, Adweek’s Women Trailblazers, and the Time100 advisory board.

Maryam is frequently recognized for her achievements on industry lists, including Marketers that Matter’s “Visionaries,” New York Post’s “50 Most Powerful Women in NYC,” Fast Company’s “Top 10 Disruptors,” and Advertising Age’s “Women to Watch.” Committed to serving the broader community, Maryam has received the prestigious Ellis Island Medal and the Columbia Alumni Medal, as well as being recognized by the League of Women Voters and the Girl Scouts Council of Greater NY. A highly sought-after speaker, she was Columbia Business School’s Commencement speaker in 2021.

Maryam is a graduate of Barnard College, Columbia Business School, and Columbia’s School of International Affairs. She proudly resides in New York City with her family and dog, Charlie. 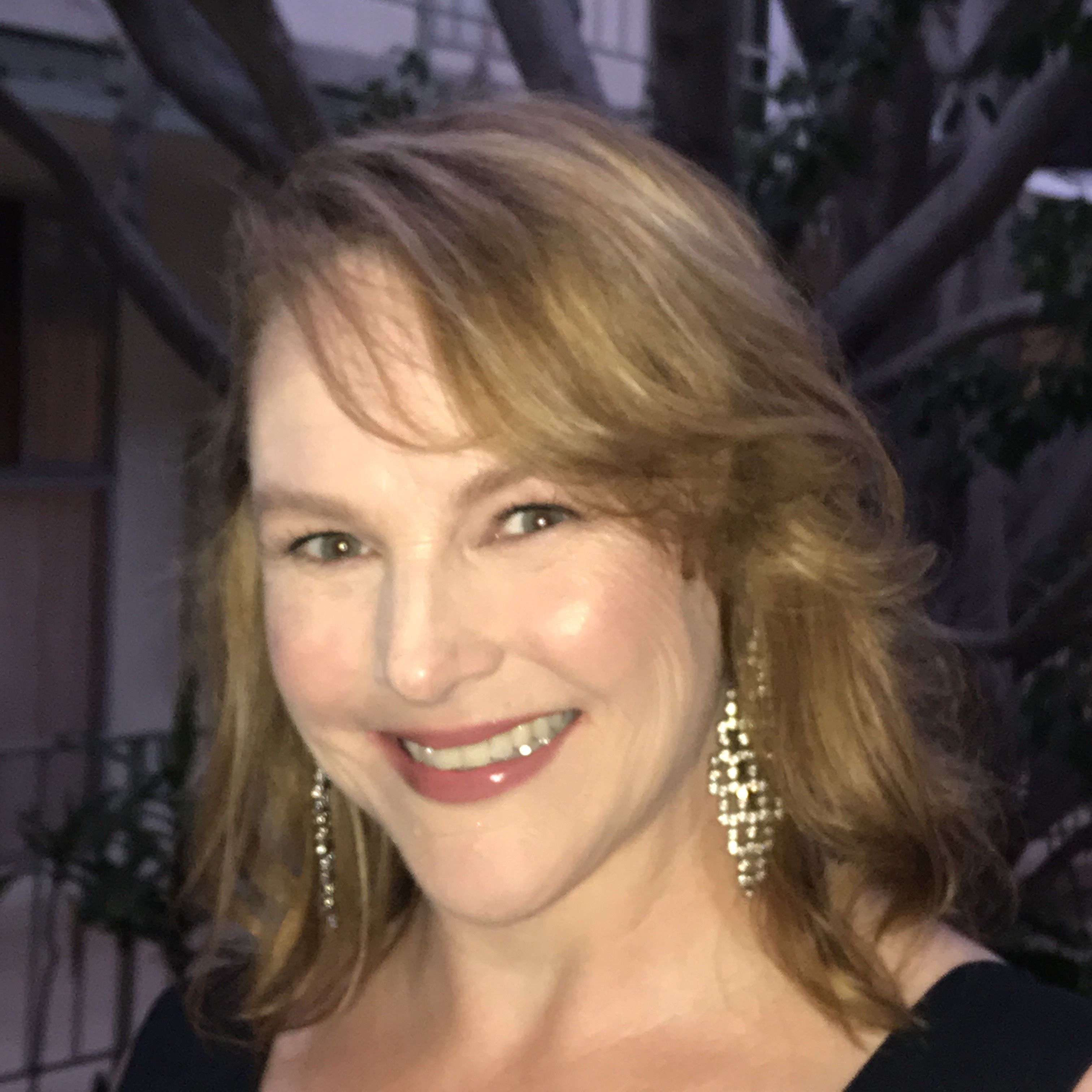 Vicki Curry ’90 is vice president, community affairs officer at the Fox Studio Lot in Los Angeles, where she's responsible for the company’s regional philanthropic programs and community investment strategies. Prior to joining Fox in 2019, she led communications for two L.A. mayors, shaping their public agendas across all issue areas; she first served as deputy mayor to Antonio Villaraigosa and was later appointed by Eric Garcetti as the city’s first chief public information officer to oversee the communications efforts of 40 municipal departments. Previously, she spent 14 years as an Emmy-winning reporter and producer for PBS.

Vicki is currently the vice president of the City of Los Angeles Commission on the Status of Women and also serves on several nonprofit boards, including the Downtown Women’s Center, the only homeless service provider in L.A. focused exclusively on women.

While at Barnard, Vicki majored in political science, studied at Reid Hall in Paris, was active in student government and activities, and co-founded Columbia’s first coed a cappella group: The Notes & Keys. A native of Houston, Texas, she moved to Venice Beach, California, after graduation and has been a longtime regional volunteer for Barnard and Columbia, serving as alumnae admission representative since 1990, class president since 2015, class agent since 2020, class vice president 2010-2015, AABC director-at-large 2007-2010, and chair of the Reunion Awards Committee in 2010. She received the Award for Service to Barnard in 2015. 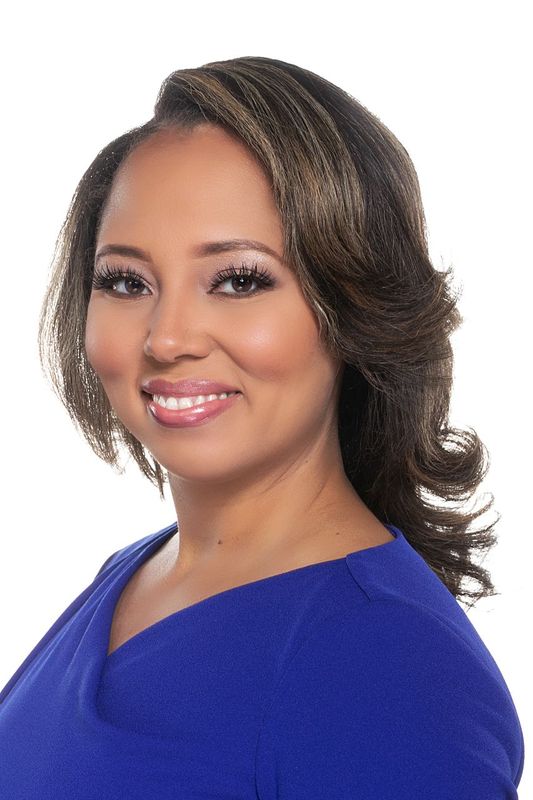 Doreen Rachal P’24 is a former prosecutor who primarily handles white-collar criminal defense matters. She represents companies and individuals in matters involving investigations, including grand jury matters, and enforcement actions conducted by the U.S. Department of Justice, the Securities and Exchange Commission, and state government agencies. She has extensive experience conducting complex global internal investigations and advising boards on internal compliance programs. Her clients span a variety of industries, including financial services, life sciences, maritime, and technology. Prior to joining Sidley, Doreen served as the chief of the Asset Forfeiture Unit for the United States Attorney’s Office located in Boston, where she prosecuted civil and criminal cases involving money laundering, securities fraud, healthcare fraud, and the seizure of assets.

Doreen regularly handles high-profile pro bono cases for a number of organizations, including the NAACP Boston Branch, the Lawyers Committee for Civil Rights, ACLU Massachusetts, and the Innocence Project, with a primary focus on education equity matters. Doreen’s experience and commitment to public service earned her the National Bar Association’s 2019 Outstanding Women Lawyer Hidden Figure/Impact Award. She has also received the Massachusetts Lawyers Weekly’s 2022 Excellence in the Law Award for “Excellence in Pro Bono” for her outstanding leadership, vision, advocacy, and contributions in the community, as well as the 2018 Top Women of Law Award, which celebrates outstanding achievements made by exceptional women lawyers. Doreen was also recently recognized by Massachusetts Super Lawyers for Criminal Defense: White Collar in 2022. 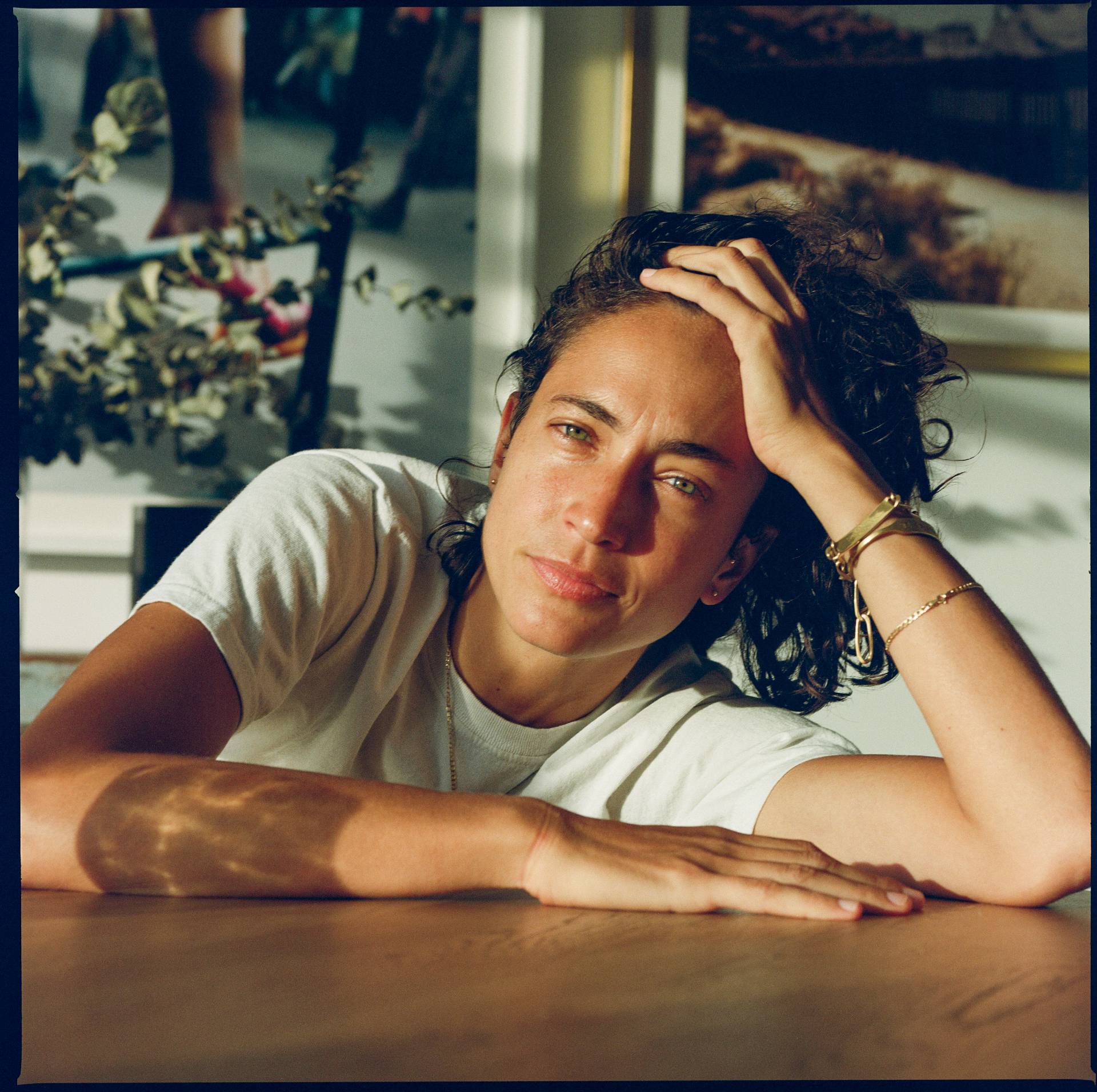 Paola Ramos ’09 is an author, Emmy Award-winning journalist, and Latinx advocate. She is a host at VICE News, as well as a contributor to Telemundo News and MSNBC. She is currently nominated for two 2022 Emmys, for Outstanding Emerging Journalist and for Outstanding Hosted Nonfiction Series.

Ramos uses multimedia platforms — in both English and Spanish — to uplift the voices of marginalized communities, break down stereotypes, and mobilize people toward civic engagement. Ramos was the former deputy director of Hispanic media for Hillary Clinton’s 2016 presidential campaign and a political appointee during the Obama administration, where she served in Vice President Biden’s office as Dr. Jill Biden’s special assistant. Ramos was also involved in President Obama’s 2012 reelection campaign. Ramos received her B.A. from Barnard College and her MPP from Harvard University’s Kennedy School. She is Mexican, Cuban, and American.

Kathy Rocklen ’73 is a securities lawyer with over 40 years of experience representing brokerage firms and other financial intermediaries in regulatory and enforcement defense matters. For 20 years, she co-chaired the Financial Services Group at the international law firm Proskauer Rose, where her practice was concentrated on representing major foreign financial institutions in cross-border activities. She also chaired the firm’s Diversity Committee. Kathy is an adjunct professor at Fordham University School of Law, where she teaches broker-dealer regulation. Her previous professional positions include serving as General Counsel for the U.K. investment bank S.G. Warburg.

In addition to her new position as a Barnard trustee, Kathy is a member of the Beyond Barnard Advisory Council. Throughout her career, Kathy has been active in a wide range of professional organizations, nonprofit boards, and community-based initiatives. She is former Executive Committee Chair and Vice President of the New York City Bar Association. She has served on the boards of the Auschwitz-Birkenau Foundation, the Cambodian Community Dream Organization, the Anti-Defamation League, American Friends of the Hebrew University, and as a longtime Executive Committee member and Treasurer of New York Lawyers for the Public Interest. Kathy’s current community-based activities include serving on the board of South Fork Country Club, as president of the Amagansett East Association, and as president of her Great Neck condominium. Kathy and her wife split their time between Amagansett and Great Neck, New York. 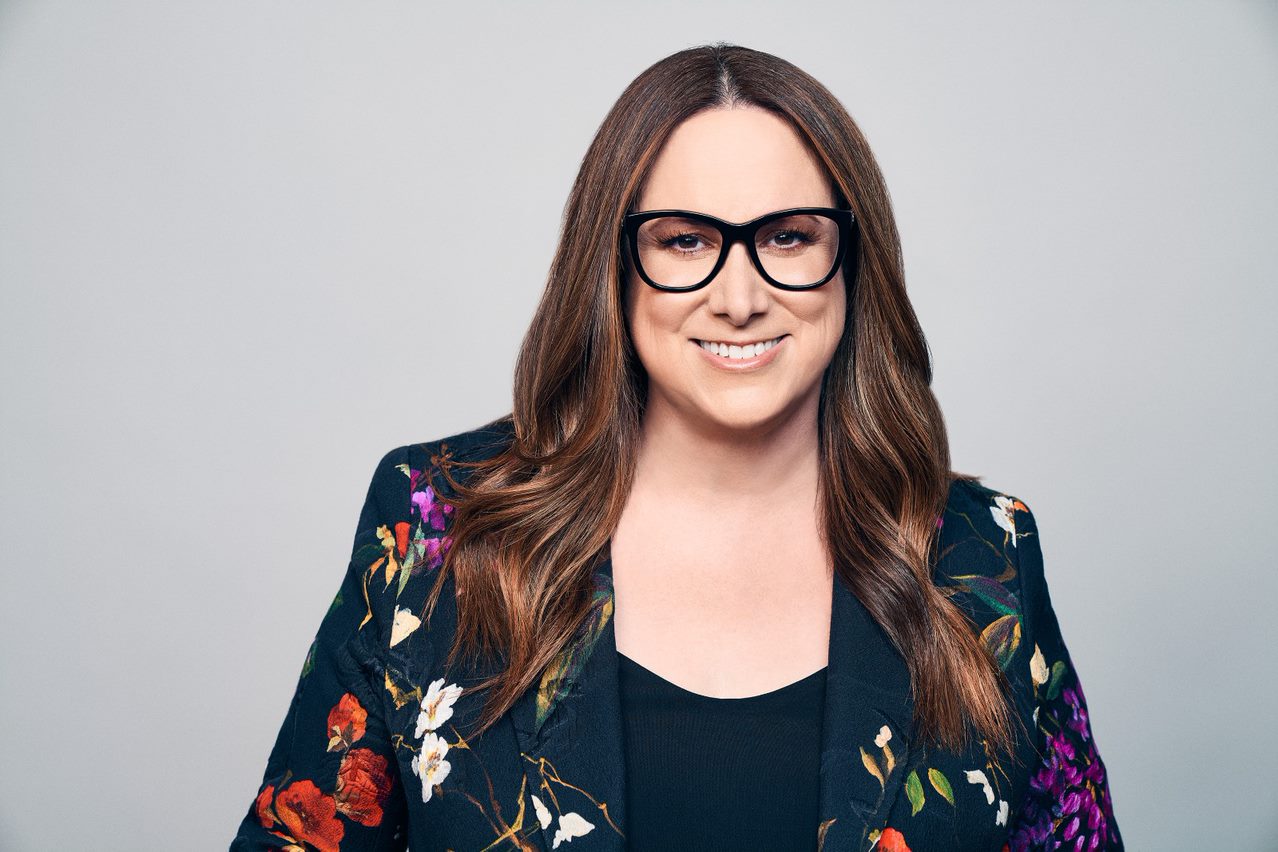 In her capacity as chairman, Rovner oversees content teams tasked with development and current programming for scripted, unscripted, late night, and specials. She also leads first-run syndication, which produces seven shows, including the Emmy Award-winning The Kelly Clarkson Show. As the head of content, Rovner manages key relationships with studio partners, both internal and external, as well as showrunners, producers, and creative talent.

Rovner and her content team have played an integral role in greenlighting new hit programming across NBCU’s entertainment portfolio, including NBC’s The Thing About Pam and La Brea, Peacock’s Bel-Air, Girls5eva, and Real Housewives: Ultimate Girls Trip, and Syfy’s Chucky and Resident Alien.

Under her leadership, NBC finished the 2021-22 season as number one in the demo 18-49 demographic for the eighth time in nine seasons, with more shows in the top 20 than any other network in the demo. The network is home to the top unscripted program The Voice, the top drama This Is Us, and the top comedy Saturday Night Live. This Is Us and Saturday Night Live are the number-one and number-two entertainment programs on broadcast in the demo. Additional late-night hits The Tonight Show Starring Jimmy Fallon and Late Night with Seth Meyers are both ranked number one in their time periods of the demo.

On the cable side, Bravo boasts the most loyal and engaged audience across all of cable entertainment and posted its best yearly rank ever in 2021 among the 25-54 demo, while also matching its best rank ever among 18-49. USA Network extended its streak as a top 5 cable entertainment network for more than 25 years, and Syfy was home to the top two new cable series of 2021, Resident Alien and Chucky.

During more than 20 years at WBTV, Rovner spearheaded the company’s creative expansion, developing series for on-demand/streaming services and increasing its output for premium and basic cable, while maintaining the studio’s position as an industry leader in production for the broadcast marketplace. While working closely with dozens of highly influential producers, Rovner greenlit several television series in her tenure as president: The Flash and Riverdale for the CW, Blindspot for NBC, Gotham for Fox, Westworld and Watchmen for HBO, You for Netflix, Shrill for Hulu, Queen Sugar for OWN, and Ted Lasso for Apple TV.

Rovner rose through the ranks at WBTV over a more than 20-year tenure at the company, beginning in the drama department before being elevated to oversee development and then rising to co-president of Warner Horizon Scripted Television in 2014. Early in her career, Rovner helped develop the long-running Cold Case, The O.C., and the critically acclaimed Everwood. As senior vice president of drama development, Rovner oversaw the development of some of the company’s most important and successful programs. During her time with the company, 18 series developed by and under Rovner’s leadership reached the 100-episode milestone, some of which included The 100, Arrow, 2 Broke Girls, Blindspot, The Closer, Cold Case, The Flash, Fringe, Gossip Girl, Gotham, Major Crimes, The Mentalist, One Tree Hill, Person of Interest, Shameless, Supergirl, Supernatural and The Vampire Diaries.

Before WBTV, Rovner was executive director, movies for television, at ABC.

Laura Sloate ’66 serves as a managing director at Neuberger Berman. She rejoined Neuberger in 2005 after the company acquired her investment firm, Sloate, Weisman, Murray & Co., which she co-founded in 1974. Over the course of her tenure at Sloate, Weisman, Murray & Co., Laura held several positions, including CIO, CEO, and chair of the board. In addition to her investment advisory business, she founded and has managed Amadeus Partners LP since 1988. 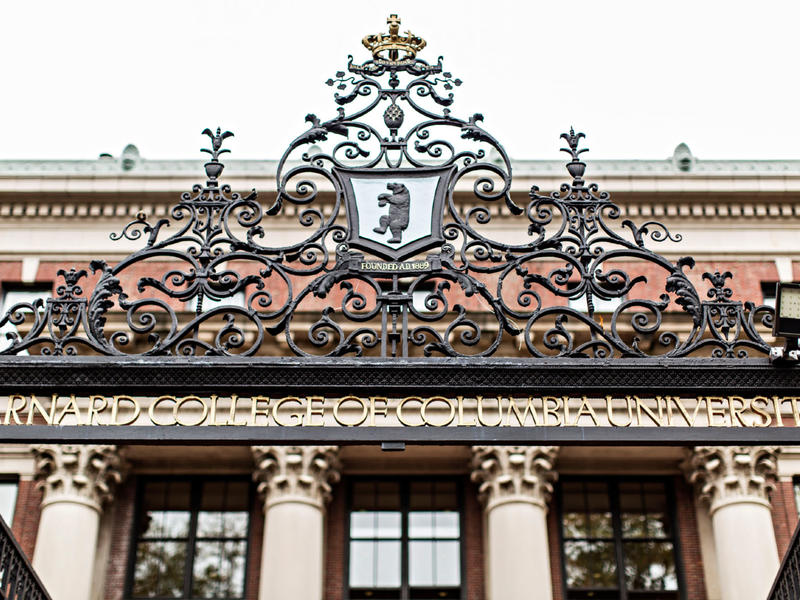 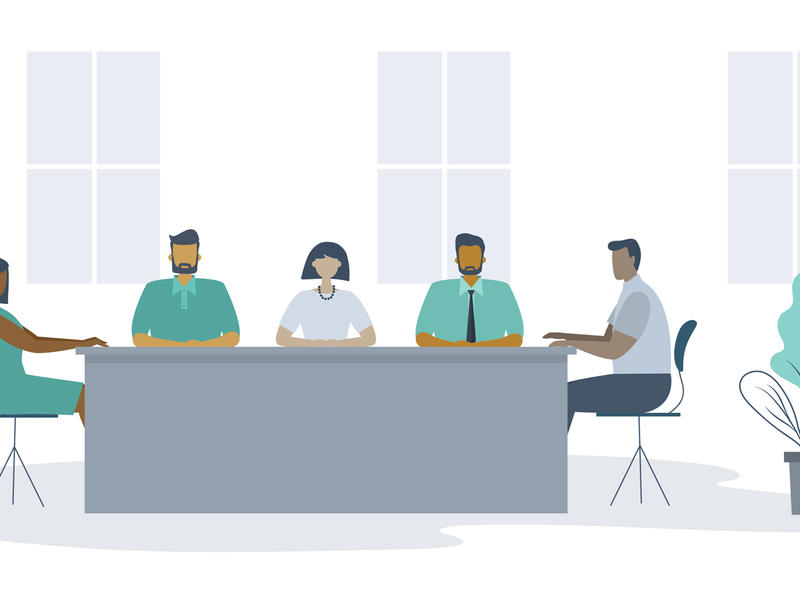