The president emerita of the University of Pennsylvania and the Rockefeller Foundation discusses civic-minded university leadership and the importance of financial wellness for women.

Judith Rodin is a tour de force. She began her career as an academic, holding psychology professorships at New York University and Yale, with research that pioneered the behavioral medicine and women’s health movements. After serving as Yale’s provost, she was named president of the University of Pennsylvania, becoming the first woman to hold a permanent presidency at an Ivy League school. After Penn, where she doubled the university’s research funding and tripled its annual fundraising and endowment, Rodin became president of the Rockefeller Foundation, one of the world’s largest philanthropic organizations.

“Very young girls, when they’re bartering with a partner, will ask for more, whether it’s a man or a woman they’re bartering with, but when they get a little older, the girls start asking for less from the man,” noted Beilock, who recently announced financial well-being as a major pillar of Barnard’s new Francine Lefrak Center, in her conversation with Rodin on financial wellness for women. “This is not an innate thing, it is learned,” Beilock said, “so it’s something that’s really important to address.”

In addition to Rodin’s impressive career across academia and philanthropy, she has authored more than 200 academic articles and chapters and has written or co-written 15 books. On February 9, 2021, her latest book was published: Making Money Moral: How a New Wave of Visionaries Is Linking Purpose and Profit interrogates the role of financial markets in engaging with global problems like the environment, poverty, and inequality.

On how to get comfortable with not knowing all the answers as a leader:

Judith Rodin: “When I approach a new opportunity, particularly one where I’m in leadership, first I spend a lot of time listening and learning, and then I bring people together and we develop a strategic plan. It’s like writing a grant proposal or a business plan, because you’re saying, ‘Here are the things I want to pursue with my team. If it works out this way, I’ll do this. If it works out that way, I’ll do that.’ Developing that kind of strategy is really critical no matter what the institution is. Second, I have always tried to hire amazingly great, super smart people. It is so important, and I’ve learned in these different positions and these different kinds of institutions that it’s often most important to hire people who don’t come out of those kinds of institutions, because what you’re looking for is diversity of ideas, new approaches, and people who challenge your fundamental priors because you’re focused in that entity. The third is to foster innovation, smart risk-taking, and [to] reinforce people for really generating ideas and being willing to take a chance with them. And then fourth: communicate, communicate, communicate. [...] When I came to Rockefeller, I knew nothing about agriculture. I knew nothing about developmental economics. And candidly, it was really exciting to delve in and have smart colleagues and learn new things. It’s energizing, not threatening.”

On the duty of universities to engage with their surrounding communities:

“I honestly think that [engaging with the community] is an obligation of colleges and universities. Part of what we try to achieve as educators is to help our students understand their role as citizens in a democracy. And how can we do that if we don’t role model what a civically engaged institution looks like? Penn was surrounded by a very disadvantaged neighborhood that had really worsened from the time that I had been there as an undergraduate. We developed a strategy for intervention in the neighborhood that engaged our trustees, our faculty, and our students in profoundly important ways: in economic and affordable housing development, job creation, and entrepreneurship training and education. We built a public school for those who lived in the neighborhood. Our mantra came to be: It isn’t what we do to the neighborhood, it isn’t even what we do for the neighborhood; it’s what we do with the neighborhood, with the community that matters. Every institution will do that differently, depending on what their strengths are and what their geography looks like. But to not do it, I think, is a fundamental signal to our students that we’re not walking the walk.”

On how to increase financial wellness for women:

“We need to build that financial muscle in women, in particular. Until recently, women have been much more timid in thinking that they understand finance, the markets, and investment strategies, generally, and frankly, the investment consultants haven’t done much to try to change that perspective. In the book, I give several examples of how women can get started. [...] Let’s say you’re an investor who wants to do your investing with a gender lens. One option would be an exchange-traded fund that invests in public companies that demonstrate effectiveness and promote workforce gender diversity. One of those funds is called WOMN, and it tracks a company’s performance using a metric provided by the Morningstar Women’s Empowerment Index. Additionally, the fund managers donate the management fees to the YWCA. If you want to be an angel investor, putting your money in very early-stage startup companies, you could use a gender lens in evaluating investments. For example, you could decide that you only want to invest as an angel in those [companies] that have women founders. [For] private equity and venture capital, you could pick those that are supporting companies that have goods and services for women and girls, like health products that you would care about, or nutritional products, or pediatric products. And finally, an investor who wants a safe return, you could invest in a fixed-income product that focuses on educating girls in the developing world. So you can see both a broad array of investment options, but also the broad array of impact options that would be available. And it’s very exciting.”

On combating self-doubt at the executive level:

“For me, the mantra was twofold. Never give up. Once I decided that I was going to be the leader, and that I was in this situation where everybody was watching, because I was the first Ivy League woman president in a permanent position, I said I’m never giving up. The other thing I promised myself was that I would make sure I was heard. Throughout my career, I moved from office to office with a New Yorker cartoon that I pinned up as soon as I settled in. It was a cartoon of all men sitting around a board table with one woman, and the chair of the board or CEO of the company says as the caption, ‘That was a very interesting comment, Miss Triggs, now maybe one of the men would like to make it.’ Now who among us has not had that experience? So I worked really hard to make that not happen for the women on my team, but importantly for myself as well.”

Watch the full conversation between Rodin and Beilock below: 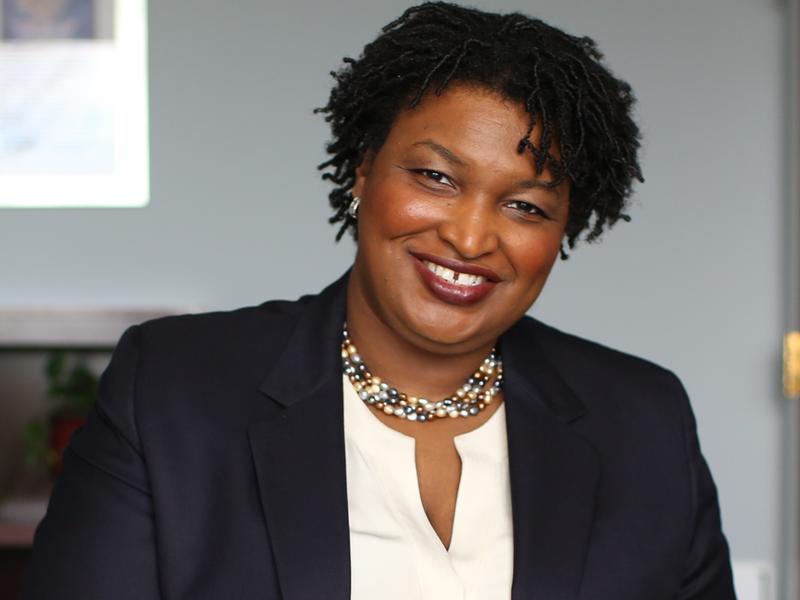 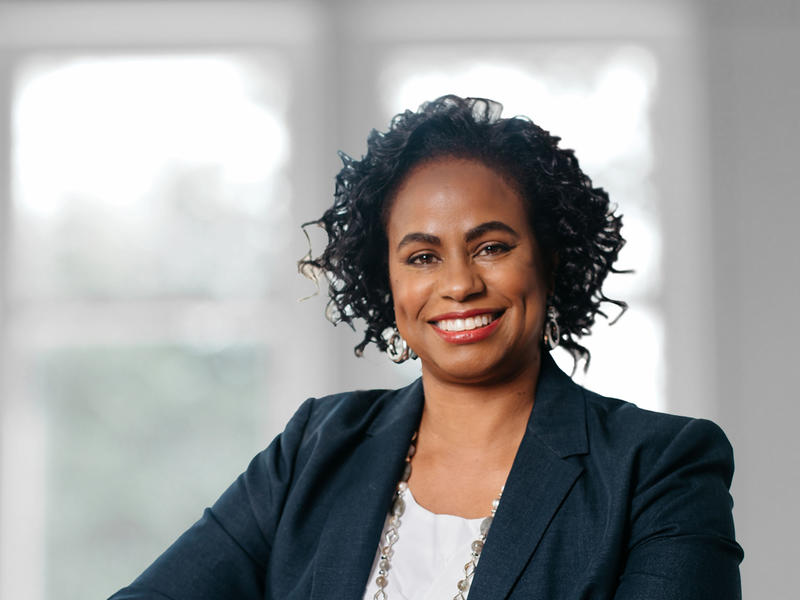