On Rio: When Childhood Dreams Become an Olympic Reality 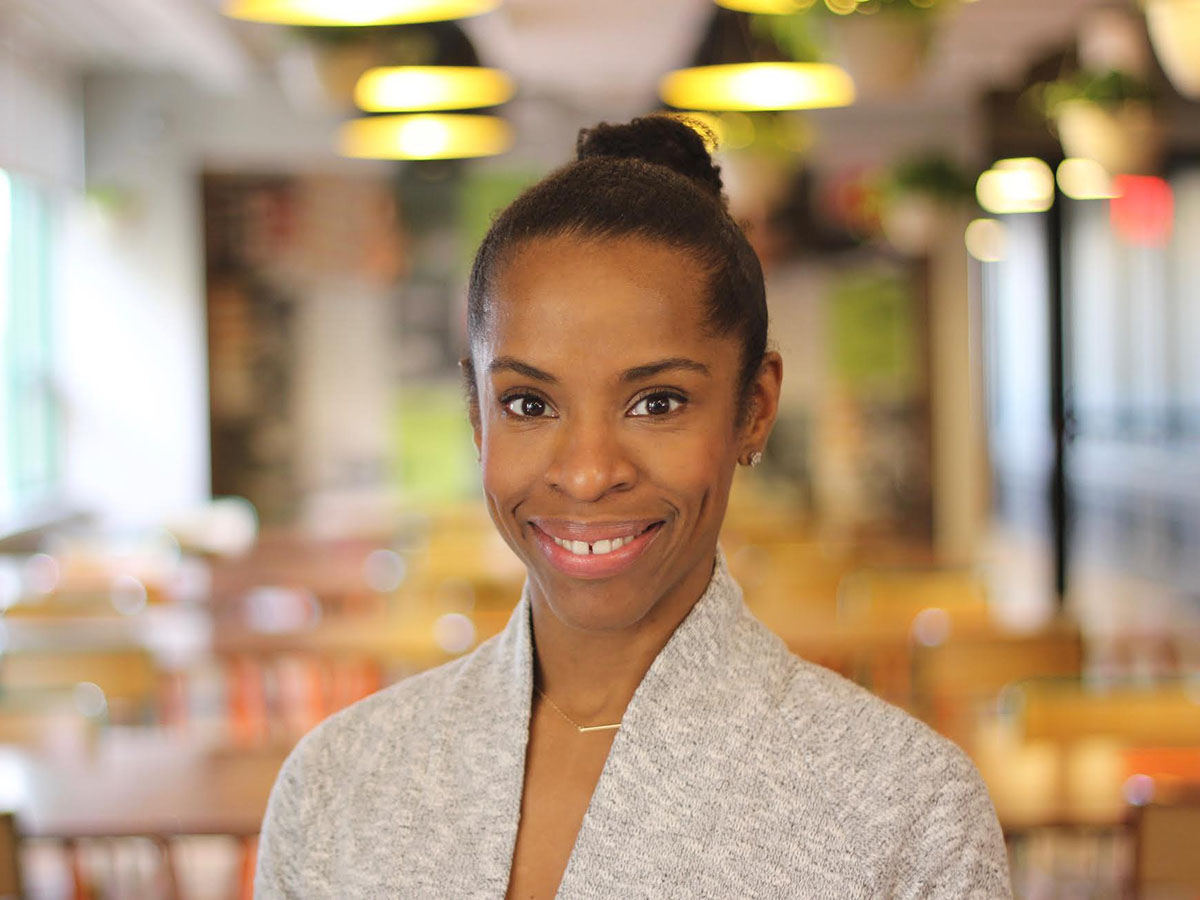 Like children all over the world, I once huddled around the TV to eagerly watch Olympic athletes compete, and dreamed of standing on the podium, proudly representing the United States of America. Every four years, our living room was transformed into my personal Olympic stadium. I hit a perfect 10, prepared starting blocks for the big race, and tweaked my freestyle stroke to perfection. I aspired to be the next Mary Lou Retton, Florence Griffith Joyner and Janet Evans—strong women who shattered records, defied odds, and challenged the norm in their respective sports.

At the age of 11, my parents enrolled my brother and me in the inaugural class at the Peter Westbrook Foundation. Peter Westbrook, a 13-time national fencing champion and the first African-American to win an individual medal in fencing at an Olympic Games, started the foundation to introduce inner-city kids to the sport of fencing. On my first day of class, I fell in love.

Over the next seven years, I devoted countless hours to training and competing with two objectives in mind—to attend college and compete in the Olympic Games. Our parents made numerous sacrifices to pay for expensive sporting equipment and flights to competitions around the world as our skills progressed, but we understood the financial burden. We valued every opportunity to practice fencing and maintained high academic standards in school.

By the time I entered Barnard, I had participated on five national fencing teams, won two junior world cups and a national championship, and had explored more countries than I can count. However, none of these accolades prepared me for the journey ahead. In 2000, I made my first attempt to join the Women’s U.S. Olympic Fencing Team, but I came up short and traveled to Sydney as the team alternate. That same year, my brother Keeth qualified for the men’s U.S. team. I had taken off a semester from Barnard and devoted every second to the sport, only to find myself stuck in the stands watching my brother and teammates compete and viewing the Games as a spectator. But soon, the frustration and disappointment was replaced with motivation and unrelenting determination, and I went on to compete in the 2004 and 2008 Olympic Games. 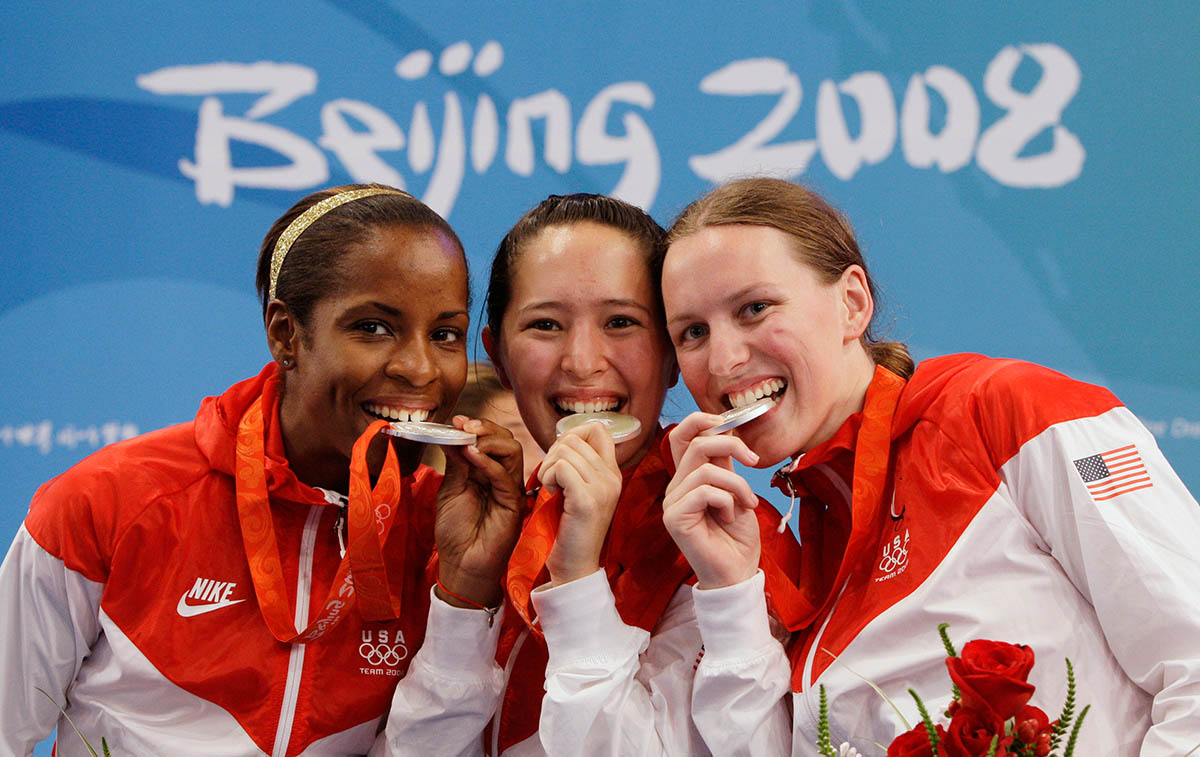 As I watch the 2016 Rio Games, I reminisce about the 2008 Beijing Games, where my brother and I achieved our childhood dream: winning silver medals representing the United States. This achievement was not without its challenges. We were devastated by the sudden passing of our father in 2006; my brother battled a rare, life-threatening blood disease in 2007; and just months before the 2008 Olympics, we lost our mother to cancer. During this dark time, I turned to the sport that had inspired me to be great, shown me the world, brought new friends into my life, and awarded me the opportunity to be part of the Barnard family.

This summer, I have watched my friends and teammates proudly represent the United States and rejoiced in seeing the next generation of 292 American female athletes, the most women to compete for one country. I was especially proud to watch my fellow Westbrook Foundation teammates break boundaries in the sport of fencing, including Nzingha Prescod and Ibtihaj Muhammad. Nzingha is a phenomenal person, a mentee of mine who grew up in Brooklyn, was raised by a single mother who kept her focused on academics, and graduated from Columbia in 2015. Ibtihaj made waves as the first American Olympian to compete with a hijab, and this year she won a bronze medal for Team USA in Rio. I know they will inspire millions of young girls, the same way I was inspired by other female Olympic legends.

Erinn Smart ’01 is a business development manager for the global learning company Houghton Mifflin Harcourt. While a student at Barnard, she rose to the top of Columbia’s Ivy League champion fencing team, was elected team captain during her junior and senior years, and named All-Ivy League and All-American three times. She was a five-time national champion in the women’s individual foil and was selected as an alternate for the U.S. team at the 2000 Olympics in Sydney. In 2001, she was a member of the Bronze Medal team at the 2001 Senior World Championships. After graduating, she competed in the 2004 Olympic Games in Athens and won a silver medal at the 2008 Games in Beijing. In 2010, she was named to Columbia University’s Athletic Hall of Fame and awarded Barnard’s Young Alumna Award in 2011. She subsequently earned her MBA at the Wharton School of the University of Pennsylvania.