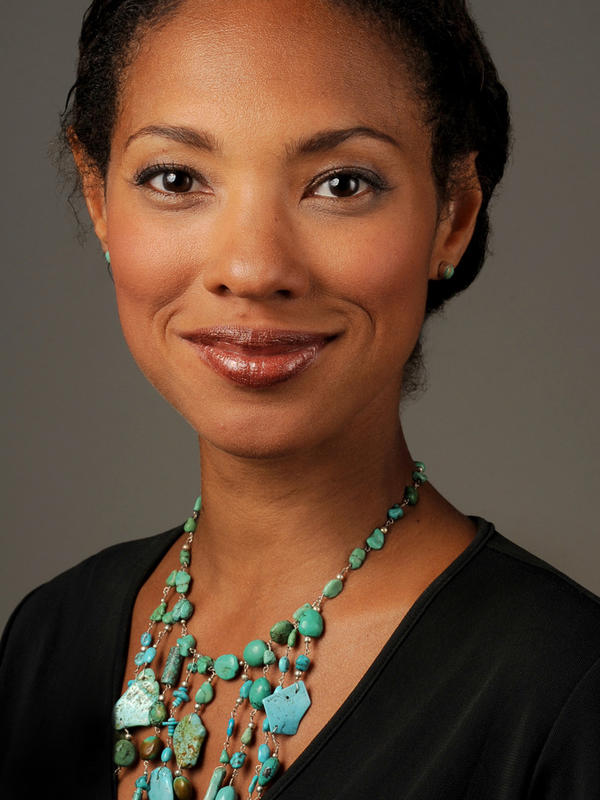 Kaiama L. Glover is Ann Whitney Olin Professor of French & Africana Studies and Faculty Director of the Barnard Digital Humanities Center. Having received a B.A. in French History and Literature and Afro-American Studies from Harvard University and a Ph.D. in French and Romance Philology from Columbia University, Professor Glover joined the faculty in 2002. Her teaching and research interests include francophone literature, particularly that of Haiti and the French Antilles; colonialism and postcolonialism; and sub-Saharan francophone African cinema. She advises students in French, Africana Studies, Comparative Literature, and Human Rights. She is the author of A Regarded Self: Caribbean Womanhood and the Ethics of Disorderly Being (Duke UP 2020) and Haiti Unbound: A Spiralist Challenge to the Postcolonial Canon (Liverpool UP 2010). She has published articles in The French Review, Small Axe, Research in African Literatures, The Journal of Postcolonial Writings, and The Journal of Haitian Studies, among others, and has co-edited several works, including New Narratives of Haiti for Transition magazine (2013), Translating the Caribbean for Small Axe (2015), Marie Vieux Chauvet: Paradoxes of the Postcolonial Feminine for Yale French Studies (2016); The Haiti Exception (2016), and The Haiti Reader (2020). Professor Glover has translated several works of fiction and non-fiction from French to English, notably Frankétienne’s Ready to Burst (2014), Marie Chauvet’s Dance on the Volcano (2016), René Depestre’s Hadriana in All My Dreams (2017), and Françoise Vergès’s The Wombs of Women: Capitalism, Racialization, Feminism (2019). She is an awardee of the PEN/Heim Foundation, the National Endowment for the Arts, the National Endowment for the Humanities, the Mellon Foundation, and the New York Public Library Cullman Center. She is the founding co-editor of archipelagos | a journal of Caribbean digital praxis, the founding co-organizer of "The Caribbean Digital," and the founding co-director of the digital humanities project In the Same Boats: Toward an Afro-Atlantic Intellectual Cartography. In 2018-2019 she was a resident Fellow at the Columbia Institute for Ideas and Imagination in Paris, France where she began work on her new book project, “For the Love of Revolution: René Depestre and the Poetics of a Radical Life” and she is also working on a book of essays, "'Blackness' in French."

A Regarded Self: “Caribbean Womanhood and the Ethics of Disorderly Being (forthcoming with Duke University Press).

New Narratives of Haiti, for Transition Magazine No. 111 (2013) [co-edited with Laurent Dubois].

Order, Disorder, and Freedom: an Homage to Maryse Condé, for the Romanic Review. Columbia University Press, 2004.

“Presenting the Past: The Persistence of the Para-Revolutionary Moment in Jean-Claude Fignolé’s Aube Tranquille,” Research in African Literatures 41.4 (November 2010): 208-26.

From anthropology to neuroscience, Barnard professors were recognized by the American Institute of Architects, the American Academy of Arts and Letters, and more.

Break This Down: Redefining the Women of Caribbean Literature