Brit Zak ’21 and Jenna Zucker ’21 were recently awarded the third annual Ingeborg, Tamara, and Yonina Rennert Prize in Jewish Women’s Studies. The $5,000 prize recognizes graduating seniors for theses that display the highest standards of scholarship in Jewish studies. The award is funded by the Ingeborg, Tamara, and Yonina Rennert Forum Fund at Barnard, which was originally established by Ira and Ingeborg Rennert.

“I was thrilled to share this prize with Jenna because each of us cover such different and meaningful areas within Jewish studies,” Zak said. “Jewish studies is such an expansive and interdisciplinary field, and I’m glad other people understood and appreciated my Hebrew/Latin grammar neurosis. I think winning this really helped validate for me that this work is important, if very particular.”

Zak’s thesis, “Exegesis in Translation: Sicubi dubitas, Hebraeos interroga,” explores how differences in grammatical gender systems gave St. Jerome, the fourth-century Christian scholar, opportunities to incorporate or reject the Jewish scriptural interpretations he encountered in his interactions with prominent rabbis of the time. “I started wondering how many other Jewish interpretations would be irreconcilable with translated versions of Hebrew texts and how Christian interpreters and theologians were influenced by translations that were incompatible with rabbinic literature,” Zak said. “I was able to lay out a roadmap of subtleties that must be considered before making broader claims about the text and its meaning.”

Zak, who majored in Latin classics and Jewish studies and currently works for a nonprofit that focuses on the rights of immigrants, workers, and voters, plans to attend New York University School of Law next semester, with a goal of pursuing a career in medical malpractice law.

For their part, Zucker is thrilled to be able to share their research with the public. “I am excited to publish my thesis work, “We’re Jews! Jews! Jews!: Queering Third-Generation Holocaust Memory,” and share the experiences of queer descendants with a larger audience,” said Zucker. “The thesis includes some of my experiences with my grandmother and our relationship. All of the work I have done in regards to this thesis and Holocaust memory stems from my strong relationship with my grandmother. She was very quiet with others in my family, and I feel excited and honored to share her voice with the world in addition to the voices of the interviewees I worked with.”

In their thesis, the Montclair, New Jersey, native, who majored in women’s, gender, and sexuality studies, proposed a new family model, called the “Seder table model,” that connects both biological and chosen family members. The thesis was inspired by a book-length project Zucker has worked on while at Barnard about their grandmother’s survival of the Holocaust. “When I sought out third-generation spaces for descendants in New York and other cities, I noticed they were heteronormative and were not considering how the Holocaust connected to present-day atrocities,” Zucker said. After Barnard, Zucker plans to work with Holocaust survivors and older adults in New York. 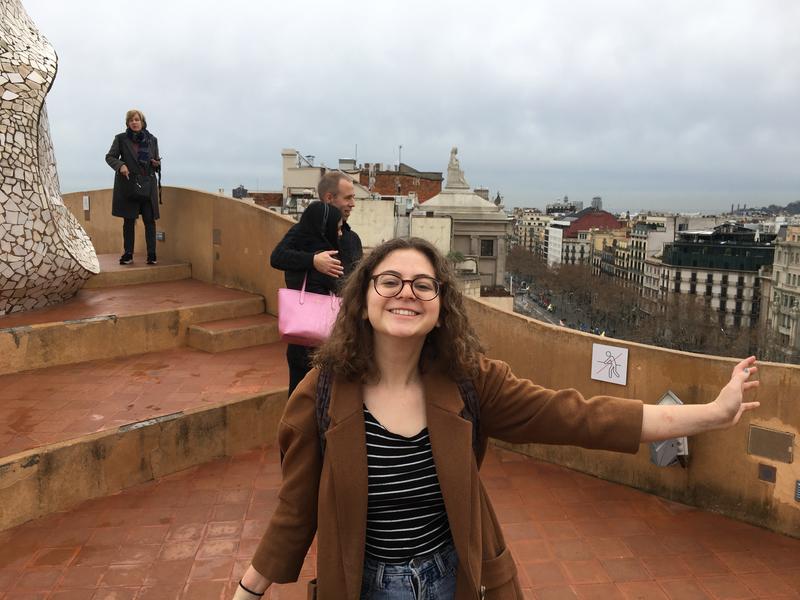 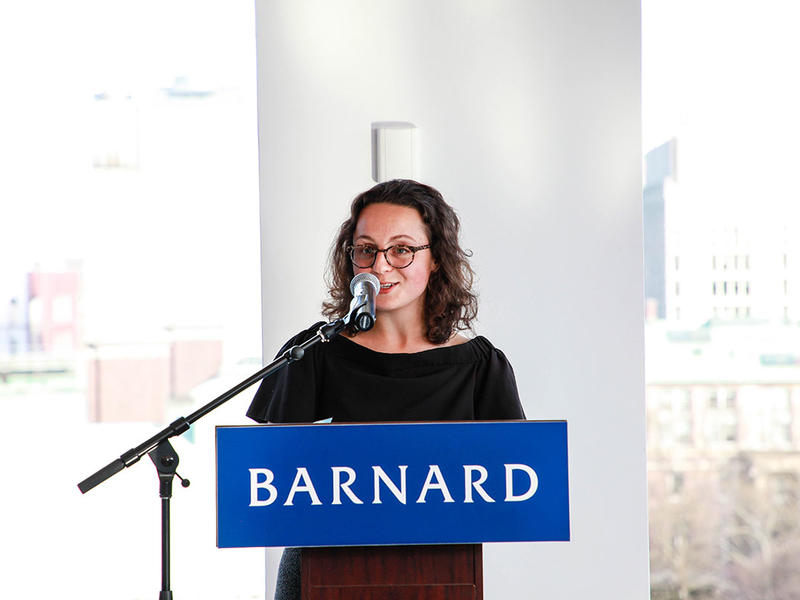