The Latinx/e advocate and political analyst speaks with Mujeres members about the 2022 midterms and the battle over the Latinx/e ballots. 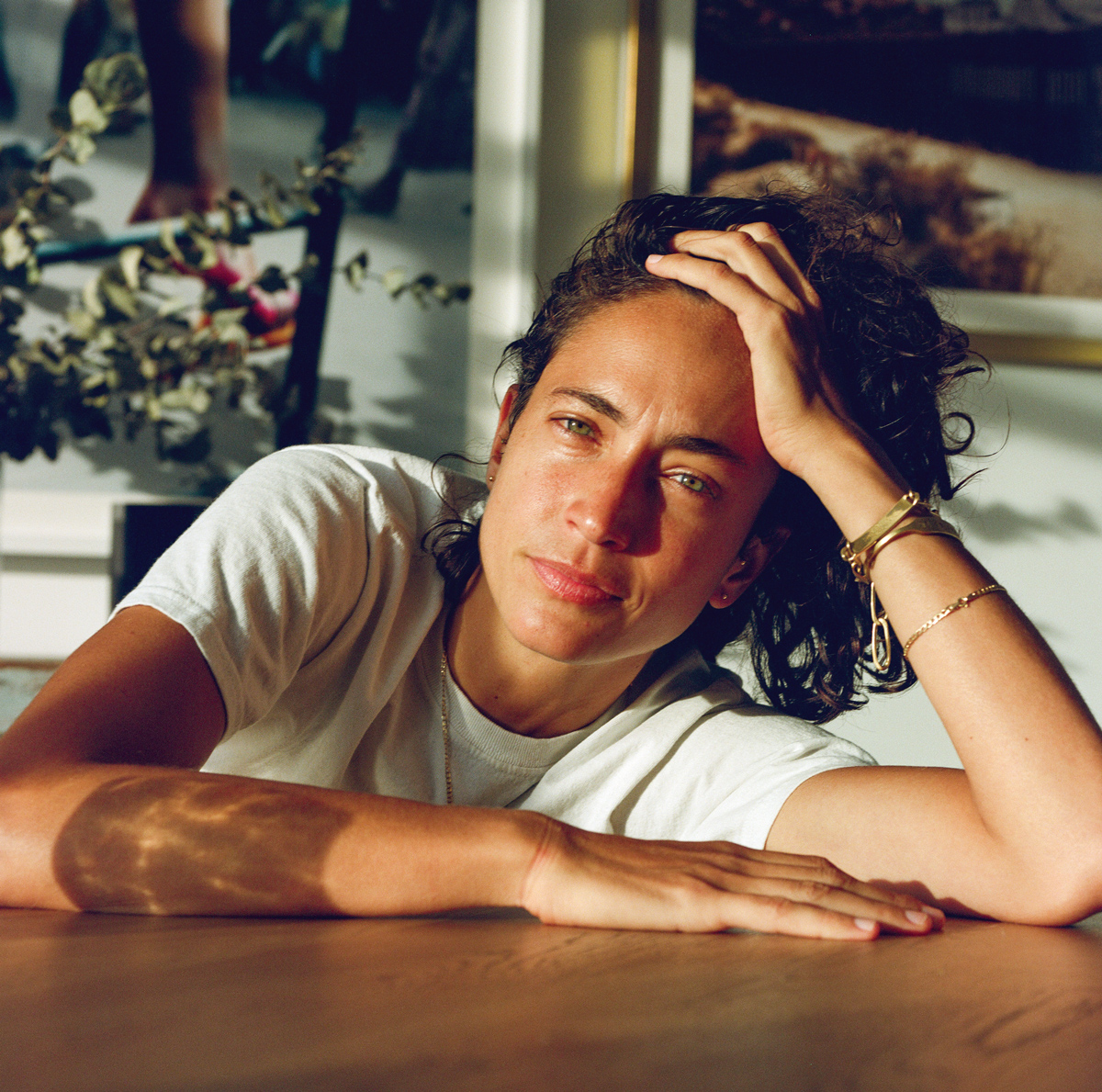 Paola Ramos ’09, Emmy Award-winning journalist, Latinx/e advocate, and former member of Barnard’s student group Mujeres, spoke with two of the organization’s current board members — Abigail Sanchez ’24 and Daniella Donzelli Scorza ’24 — about the Latinx/e vote, just 18 days before the 2022 midterm elections (November 8). (Latinx and Latine are both gender-neutral terms for Latino/Latina.)

Since she graduated from Barnard in 2009, Ramos’ professional achievements have focused on Latinx/e issues: She was the deputy director of Hispanic media for Hillary Clinton’s 2016 presidential campaign and is the author of 2020’s Finding Latinx: In Search of the Voices Redefining Latino Identity. She is currently a correspondent for Vice and a contributor to Telemundo and MSNBC.

It was fitting, then, that ahead of this year’s midterm elections, Ramos hopped on a Zoom call with Mujeres — who help to provide cultural support and leadership development for Latinx/e students on campus — to explore the rightward shift of Latinx/e voters and their eroding support for Democrats, including the myth of a single voting bloc.

Check out excerpts from their talk, below, to learn about the important nuances of the Latinx/e vote.

Sanchez: How should political parties address Latine voter concerns — from the Rio Grande to Miami to Los Angeles — which are as distinct from each other as rural is to urban?

Ramos: As you pointed out, there must be an understanding that a Cuban American voter in Miami will be extremely different from a Mexican American in the Valley, in California. It’s not only understanding the differences in the nationalities and in our backgrounds but also that politics is local. We know Latinx folks are not a monolith; I think people are finally starting to understand these nuances. As for our commonalities, we are the youngest demographic in the country. I believe that there is a common thread in the way that younger Latinx voters carry the generational trauma of our parents, which shows in how we care more about healthcare than other generations of Black and white folks when it comes to our voting power, whether you’re 18 years old or 35.

Obviously, everyone cares about inflation, the economy, but one of the top issues for younger and older Latinx voters is the idea of protecting democracy. That keeps coming up in conversations and in the polling. Regardless of nationalities and of our backgrounds, everyone has this story of coming from another country in search of better opportunities. So what it means to potentially see this democracy unravel hits home in a very different way [for different people]. It’s important to understand the way that different local politics completely change the Latino voting bloc, and at the same time, it’s super important to be nuanced about the through lines that do connect us in a way that is distinctly different from like Black voters or white voters. That’s where I keep asking, “What is it that still makes us, us?”

Donzelli Scorza:  In your September 23 Field Report with Mayra Flores, a Republican Congresswoman from Texas, she focused on “Dios, familia, patria” [God, family, homeland]. How should the younger generation, who have opposing political identities, fight for our fundamental rights in a polarized Latine voting culture?

Ramos: That’s an interesting case study because it’s not singular at this point. If you look at the border region, there are at least four Republican Latinas with similar stories to Mayra’s — who are completely bilingual, grew up between Mexico and the United States, come from a humble middle-class upbringing and who are starting to completely shift the notion of, as you said, what it means to be a Latine voter. What’s interesting is that when I’m at the border, most of the people I speak with have traditionally and historically identified as Democrats. But then when asked about moral and values questions, suddenly they’re talking as if they’re Republican. I think there’s an interesting shift where people that have always sort of been Republicans at heart are finally feeling comfortable enough to leave the [Democratic] party because there are people like Mayra Flores, who look like they do. It’s not just a white candidate anymore that is telling them to vote Republican; it’s a woman with a Mexican accent, who grew up in Tamaulipas, who is telling them.

But the generational difference — I think assimilation has always played a massive role in previous generations of candidates and of Latinx voters, especially around the border. The way to succeed in this country meant to approximate yourself to whiteness, to be a “good Christian.” When I’m having these conversations, they’ll say there’s nothing more American than “Dios, familia, patria.” I think the difference now is that we get to define what it means to be American in a very different way than the older generations did, and that’s also the dynamic that [I’m] seeing at the border. The older generation is shifting towards the Right faster than the younger generation is, maybe because of the immigration and humanitarian crises. The Right has done a very good job at fear mongering and otherizing to the point that it has made this mass of people want to reject that image.

The younger generation can see the nuance and say, “Wait a second, you can be an immigrant and you can be as Latine as you want.” And you could also be an American — those two worlds don’t have to live separately. 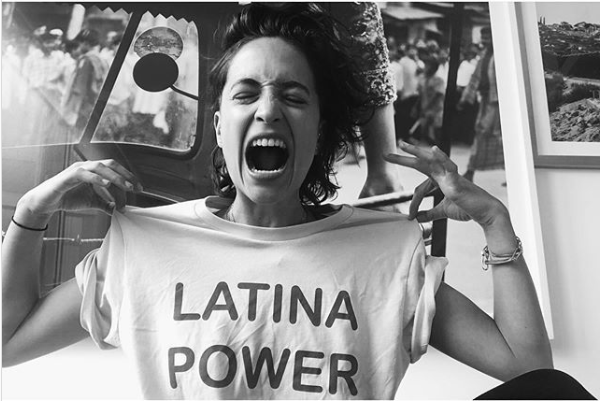 Sanchez: Is fear mongering the only solution to this type of loss in power?

Ramos: Democrats took the Latinx vote for granted because historically, Democrats have always been winning at the border. Then you see someone like Mayra Flores, suddenly she becomes the first Republican to win in Hidalgo County in over 100 years. Flores outraced her candidate 10 to one; Republicans invested over a million dollars just in her TV ads, compared to Democrats, who put in around $140,000. We have 18 days left, and the Democrats are playing catch-up. Mayra Flores, who was supposed to be a unique case study, has a really good shot at winning again in the midterms. A perfect messaging for the Democrats is that democracy is at stake. I think that resonates with a lot of Latinx voters, but Democrats haven’t done a good enough job showing what’s at stake, and it shows in the numbers.

Donzelli Scorza: As a new Barnard Board of Trustees member, in what ways do you want to influence the next generations at the College?

Ramos: I’m extremely new to this Board. I’ve been here for a month, but the first thing I said was that we need more of this. Let’s bring in more voices, from students, specifically from the ones who don’t typically want to talk. I was one of those students. It took me so long to raise my hand. And now, I know I talk for a living, but I remember who I was at Barnard and who I am now, and these conversations that we’re having [today] is what everyone on the Board [of Trustees] should be exposed to, especially as we are changing the dynamics [of the College] — over 40% now identify as women of color. Barnard, and what the Board is today, is very different from what Barnard was when I was there, and I think we need to be listening to you all more.

Watch the 2022 video, below, of Ramos giving remarks to the Class of 2020 and 2021, where she advises them to “challenge the norms.” Read the full speech here. 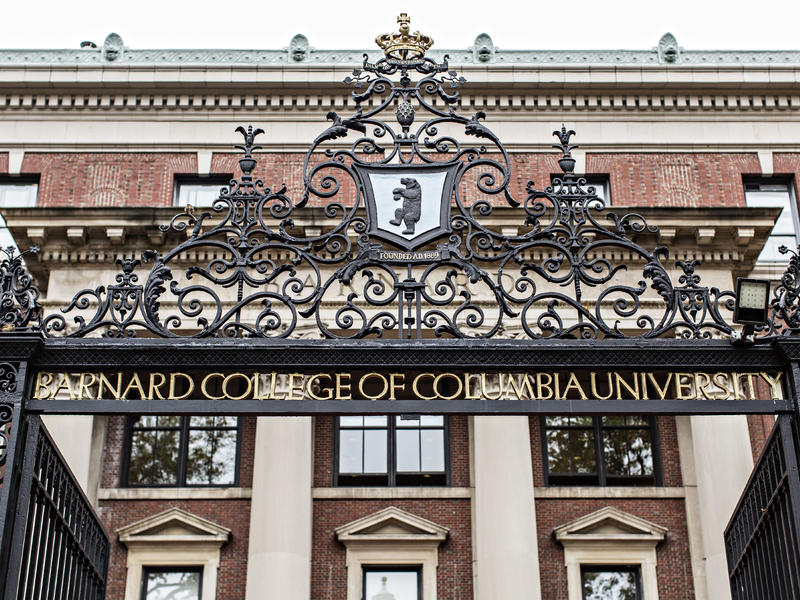 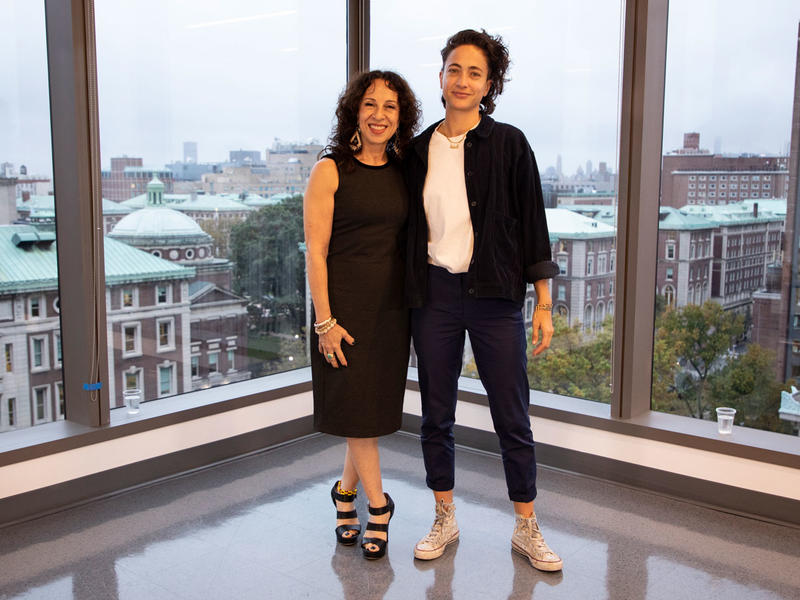